Coral reefs are complex ecosystems representing some of the most biodiverse environments on Earth, often referred to as the "rainforests of the sea."

They shape some of our favorite waves to surf and help create healthy marine ecosystems that are essential not only for human well-being, but also for the millions of people around the world who rely on them for protection from storm surges and for food, recreation, medicine, cultural connection and economic opportunities.

The decline of coral reefs from rising ocean temperatures, among other threats, is a global problem that requires collaborative action. 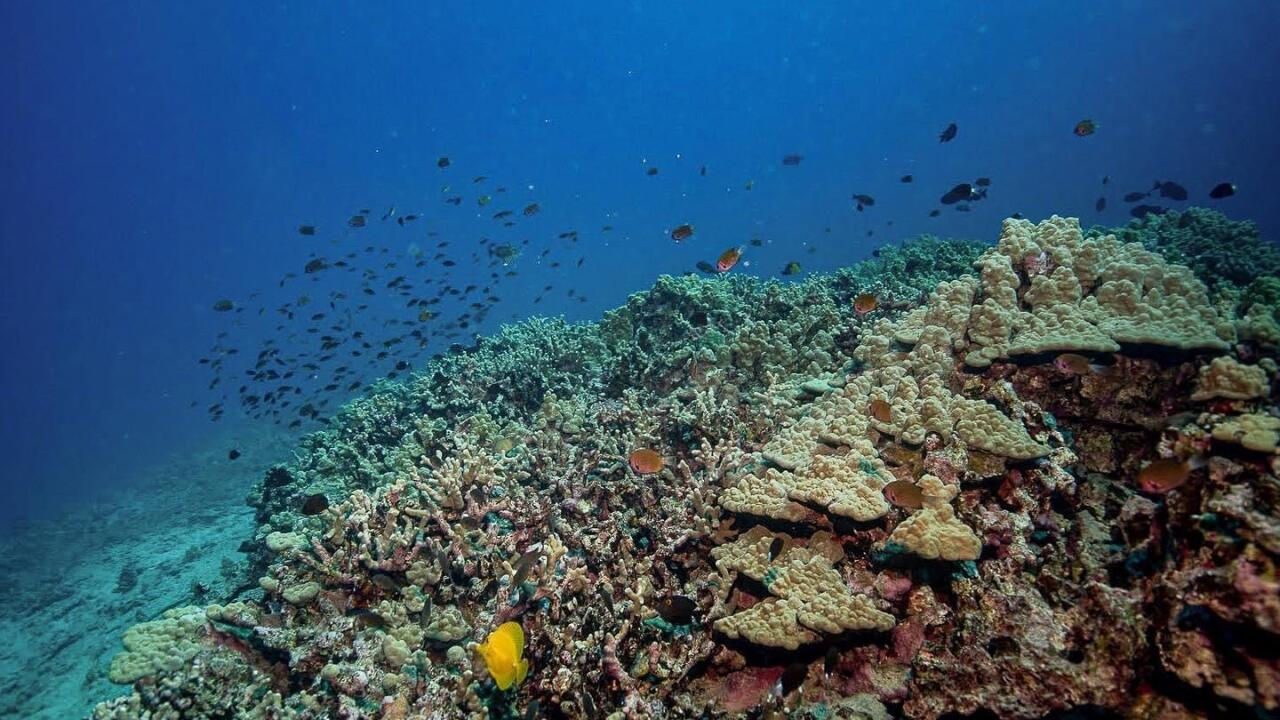 For the Michelob ULTRA Pure Gold Haleiwa Challenger event, the WSL is teaming up with Kuleana Coral Restoration, a grassroots coral restoration team founded by local scientists, surfers, and fishers, and Shisiedo's Blue Project, which is dedicated to improving the health and beauty of our ocean, along with ambassadors and Championship Tour surfers Lakey Peterson and Sage Erickson. The partnership invokes a rich history of surfers and fishers working as environmental allies who depend directly on the reef.

Surfers in Hawaii have an impressive history of working to protect coral reefs. Now, as coral reefs continue to suffer devastating losses, WSL honors that history by joining the effort to restore the coral reefs.

Kuleana Coral Restoration was founded by local fishers committed to restoring this tradition. The uniquely Hawaiian value of "kuleana" is the practice of honoring a stewardship or respecting a responsibility. Kuleana Coral seeks to encourage kuleana for the coral reefs.

WSL And Shiseido Team Up With Kuleana Coral, Joining Tradition Of Surfers As Environmental Activists
2:16
WSL surfers Lakey Peterson and Sage Erickson teamed up with Kuleana to prepare coral fragments to repopulate a section of reef devastated by large ship anchors.

The whole ocean and global ecology is linked in a delicate balance in which coral reefs play an important role. More obviously, surfers and fishers depend directly on the reefs.

The reefs around the island actually shape the waves that have attracted surfers to Hawaiian beaches for generations. Iconic North Shore surf breaks like Pipeline, Sunset, and Waimea, are sculpted in part by the reefs just under the surface of the water.

These reefs are also the foundation of complex communities of marine life. They are an essential part of the intricate ocean food web providing critical habitat for massive numbers of fish and sealife from the developing juveniles to the large schools of fish, sea turtles, and up through the water column. 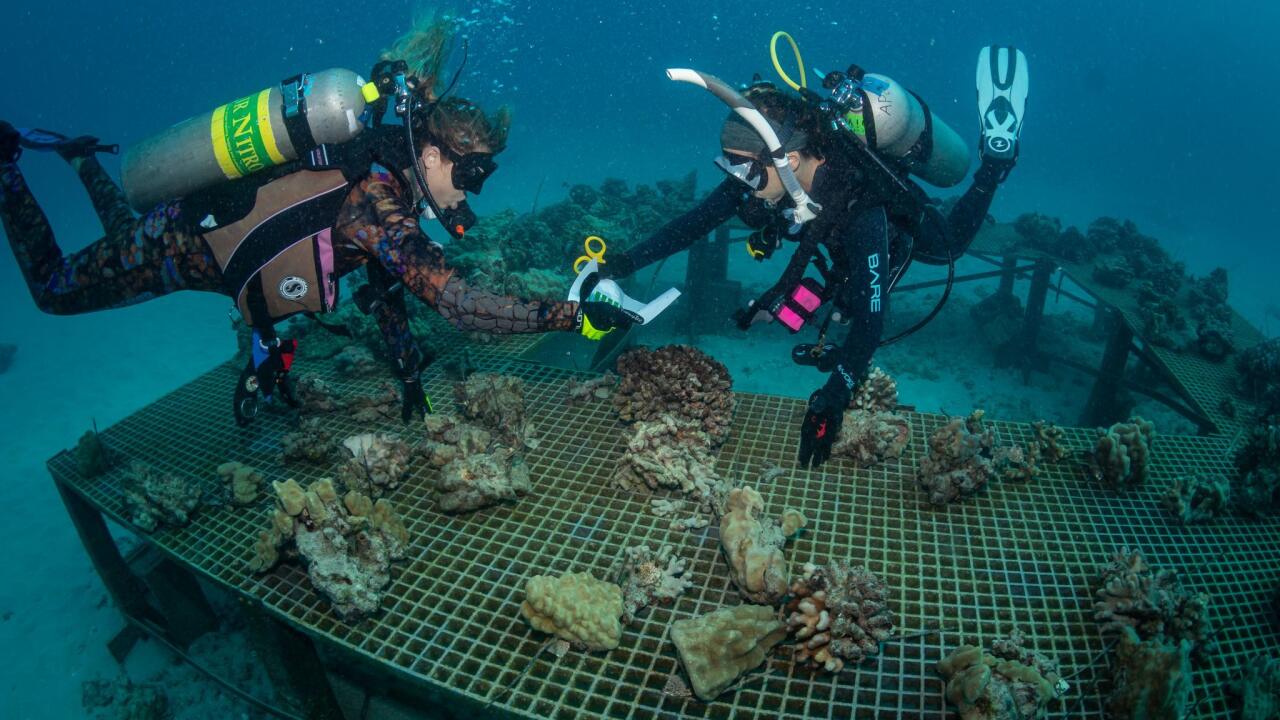 Reefs are also essential for protecting the shoreline as they critically slow the inevitable loss of island land mass to the sea. By providing coastal resilience, reefs protect the islands as we know them. Continued reef losses and sea level rise will accelerate the geological erosion process that is already having devastating consequences. This loss of coastal resilience will change the shape of the islands in our lifetimes, not just on the geological timeframe.

Hawaiian corals grow slowly, and they are vulnerable to all the same damaging effects that are decimating coral reefs around the world. Kuleana Coral's restoration plan focuses on restoring dislodged coral colonies. When storms, anchors, boats, or people knock coral off the reef, large coral colonies can tumble down into inadequate conditions to die.

Kuleana Coral collects those dislodged corals, returns them to the reef, and permanently reattaches these transplants. A single coral transplant can save 30-50 years of coral growth. Transplanted corals return to immediate ecological service, meaning the fish, eels, and other marine life move right back in.

Kuleana Coral is also using some of the dislodged coral for fragmentation projects to accelerate the coral growth rate. This week, WSL members are helping to cut pieces of dislodged coral colonies and attach those fragmented pieces to modules that will be returned to the reef. Studies show that the fragmented coral has an accelerated growth rate, so these modules can give a coral colony a head start in replenishing the reef. Coral reefs are complex ecosystems representing some of the most biodiverse environments on Earth, often referred to as the 'rainforests of the sea.' - Kuleana Coral

Kuleana Coral is also mapping the reefs, making 3-D maps and photomosaics that provide detailed information about the status of reefs. These maps are then used for comparison as we monitor the reefs to track restoration efforts or document the changing health and status of the reefs.

Kuleana Coral is also committed to engaging the local community and educating visitors to Oahu's shores. With outreach and education programs, Kuleana Coral hopes to reinvigorate a sense of kuleana for our sacred islands and their coral reefs.

What Can I Do to Help the Coral Reefs?

Sustainable Beauty Actions (SBAS) is a global initiative through which SHISEIDO will implement a range of sustainability-focused activities and products to create social value unique to the beauty industry. The SBAS initiative is built upon three key pillars unique to SHISEIDO: ‘MOTTAINAI' (recycle and reuse), HARMONY (with society and the environment) and EMPATHY (resonate with all). Based on these three pillars, SHISEIDO will act to help create a more sustainable, beautiful future.

The We Are One Ocean partnership falls under the HARMONY pillar and is an extension of the SHISIEDO BLUE PROJECT. Launched in 2019 in association with WSL and WSL PURE, the SHISEIDO BLUE PROJECT promotes ocean conservation through initiatives such as sand dune planting, coral restoration, and beach cleanups to safeguard shorelines.