For the Rip Curl Pro Bells Beach, Surf Coast Shire Council was thrilled to team up with Surfers Appreciating the Natural Environment (SANE), who have been leading restoration efforts since 1988, along with Wadawurrung Traditional Owners Aboriginal Corporation, SHISEIDO and World Surf League surfers India Robinson, Brisa Hennessy, Callum Robson, Conner Coffin, Morgan Ciblic, and Matthew McGillivray on a We Are One Ocean coastal restoration project to heal the landscape.

The restored areas and cliff tops are home to a wide variety of animals including echidnas, snakes, lizards and the endangered Otways Rufous Bristlebird and Swamp Antechinus. The project aligned with the implementation of the Wadawurrung Country plan, the Coastal and Marine Management plan and the UN Decade on Restoration and was an exciting opportunity for surfers and volunteers to learn more about the history of this landscape and the community partners who have been restoring Bells over the last fifty years.

Shortly after a track was bulldozed through the coastal heathland at Bells Beach in the early 1960s, large tracts of vegetation were removed for camping and the limestone cliff tops were eroding. Within 10 years the Bells and Winki Pop areas were dust bowls in the summer and muddy quagmires in the winter.

The changes were upsetting for all who loved and felt connected to Bells and local community members combined their energies to start reversing the decline, with 1971 being a pivotal year when Bells was officially named the ‘Bells Beach Surfing Recreation Reserve' on 3 November 1971, becoming the World's first surfing reserve. In addition, the local Council (now the Surf Coast Shire) was appointed to the committee to help steward and manage the land, and the Australian Surfriders' Association held their first Conservation Contest in the reserve, requiring competitors to plant a tree to gain entry to the competition. Infrastructure such as fencing and formal access tracks started to be installed to control where cars were parking and people were walking. While the reserve was still looking relatively stark when these photos of Winki Pop were taken in 1982, the vegetation had started to recover. 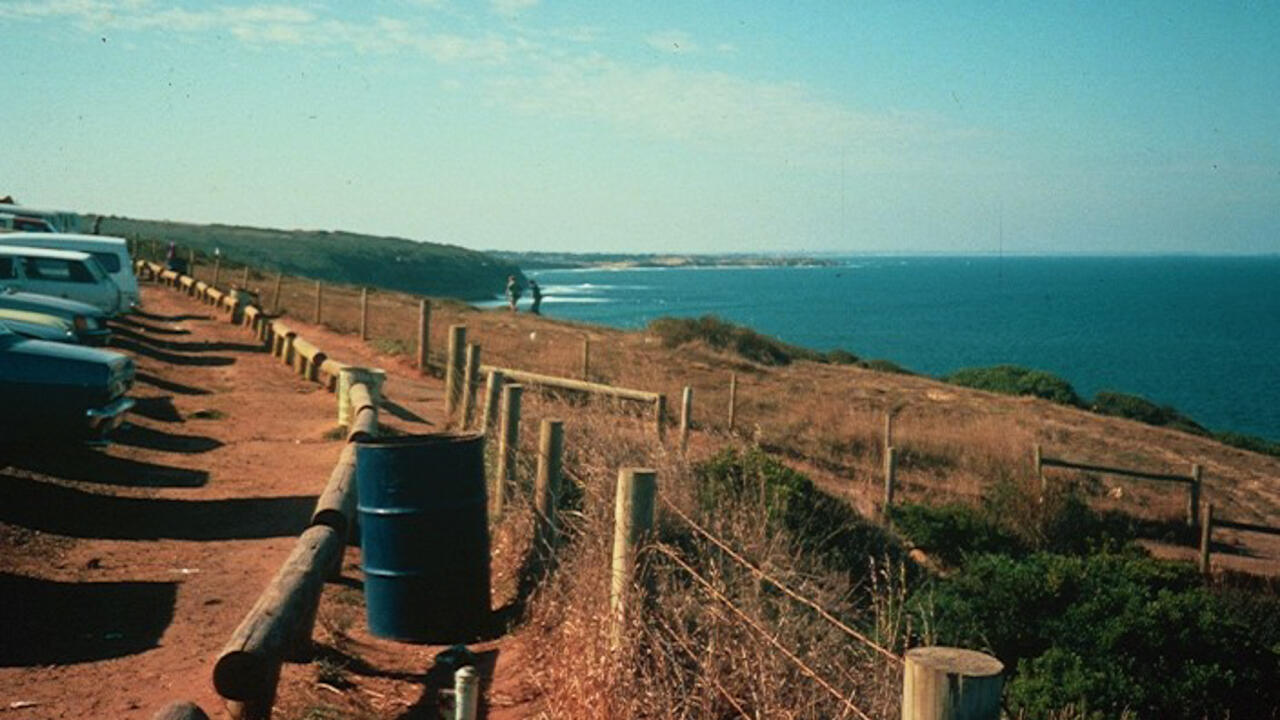 While the reserve was still looking relatively stark when these photos of Winki Pop were taken in 1982, the vegetation had started to recover. - Graeme Stockton

Throughout the year, restoration has been a combined effort lead by Surfers Appreciating the Natural Environment (SANE) along with the Wadawurrung Traditional Owners, local volunteers and the Surf Coast Shire.

Surfers Appreciating the Natural Environment (SANE) formed in 1988 to lead restoration efforts and have held many working bees planting, weeding and spreading brush matting and mulch. SANE currently holds monthly working bees in the reserve and other coastal areas around Torquay, and has been a strong advocate for ongoing protection.

For more than twenty years, hundreds of Rip Curl staff have volunteered their time each year as part of their Planet Day initiatives. Staff have moved mountains of mulch, truckloads of brush matting and planted and weeded across the reserve of nearly 50 hectares. Council supports the works of all of the volunteer organizations as well as being responsible for the day to day management and the infrastructure required to control visitor impacts.

In 2022, Bells is looking fantastic thanks to the effort from all the community partners over the past 50 years. The planting today follows this tradition of shared restoration - in Wadawurrung language ‘Paleert Tjaara Dja' (Let's Make Country Good Together) - and our joint commitment to ‘Gobata Wadawurrung Dja' (Taking Care of Wadawurrung Country), while also keeping with SANE's motto: "Don't destroy what you came to enjoy". The restored areas and cliff tops are home to a wide variety of animals. - Surf Coast Shire Council

To learn more about the community partners involved in this restoration effort, please visit the links below: