The World Surf League and Coral Gardeners are teaming up once again to protect the ocean, this time to help restore the world-renowned reef break of Teahupo'o.

To kick off the Outerknown Tahiti Pro Championship Tour event, WSL and Coral Gardeners hosted a coral restoration workshop that drew a crowd of over one hundred people, including WSL athletes and local surfers along with many Teahupo'o kids who learned how to garden corals and restore their local reef.

Teahupo'o is a small village on the island of Tahiti protected by a barrier reef that not only creates world-class surf and waves, but also provides the local community with food and a way of life, however this reef ecosystem is now threatened by climate change and requires immediate action.

"It has always been our vision to empower local communities and the younger generation in our mission to save coral reefs, and there is nothing like a hands-on workshop to raise awareness about the fragility of these ecosystems, but also our ability to replenish them and give life back to the ocean in a simple way." - Titouan Bernicot, Founder & CEO of Coral Gardeners 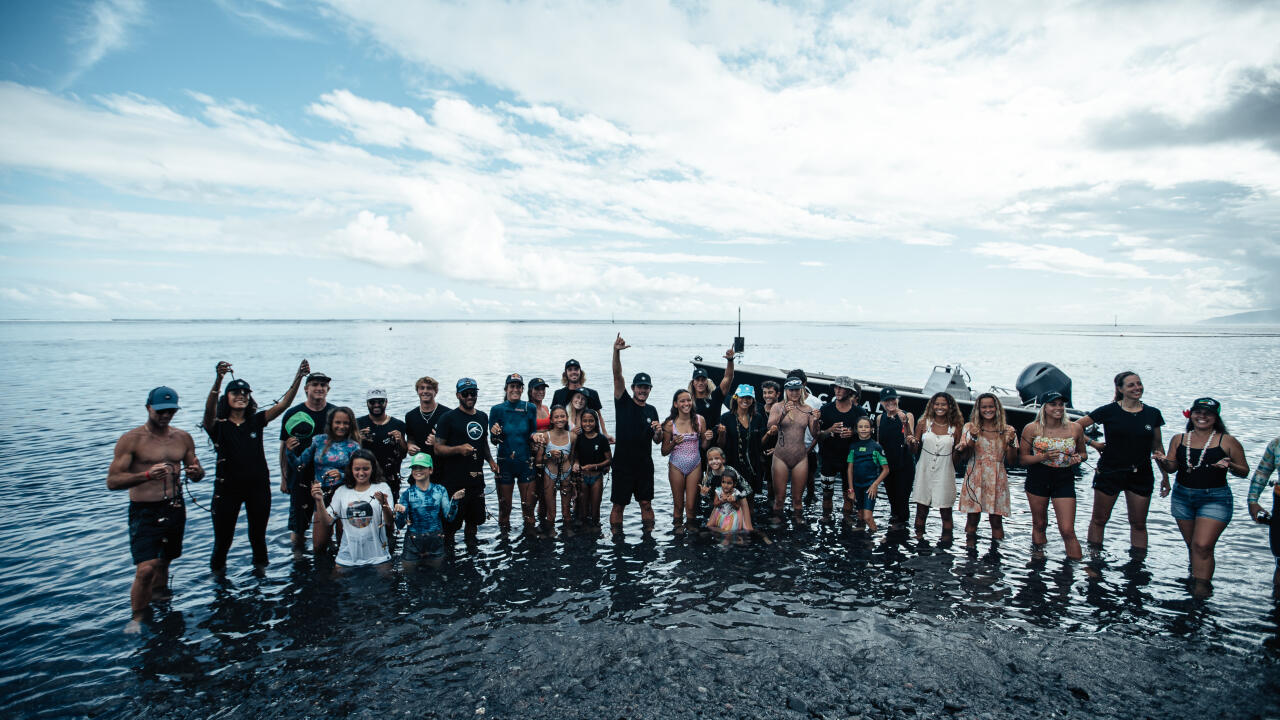 In preparing for the workshop, Coral Gardeners collected fragments of different species and colonies of heat-resilient corals within the lagoon of Teahupo'o. The pros and groms quickly learned how to make coral ropes by attaching the tiny creatures that create some of the heaviest waves they surf!

"The reef is what makes these beautiful waves for us, and it is part of the ocean, which gives us our life, so we are grateful to have the reef. We have to do what we can to make sure it stays there!" - Matthew McGillivray, WSL Championship Tour surfer 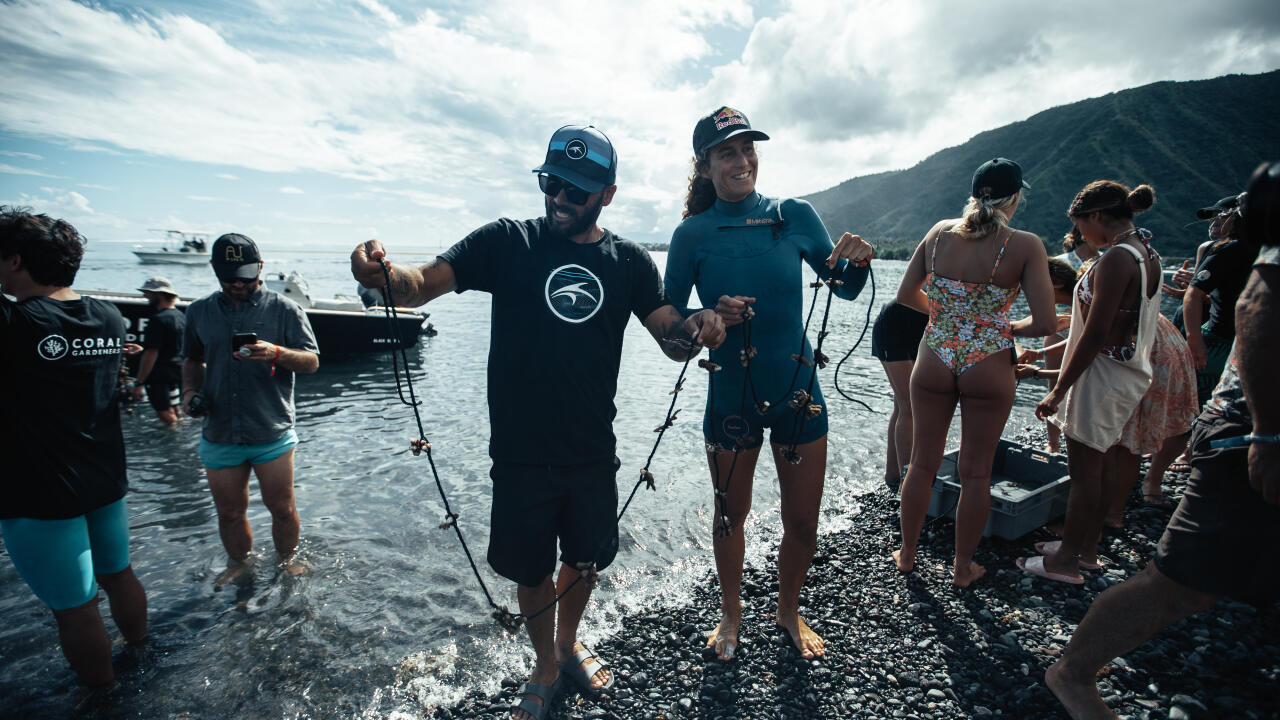 More than five hundred heat-resistant corals were added to the growing nursery in Teahupo'o's educational marine area, recently set up by Coral Gardeners as part of their plan to expand their restoration activities beyond their island home of Mo'orea. With the help of the kids from the local school and the Tahiti Iti Surf Club, who will take care of this garden nursery, the coral fragments will grow for at least a year before being replanted to bolster the reef's chances of survival. 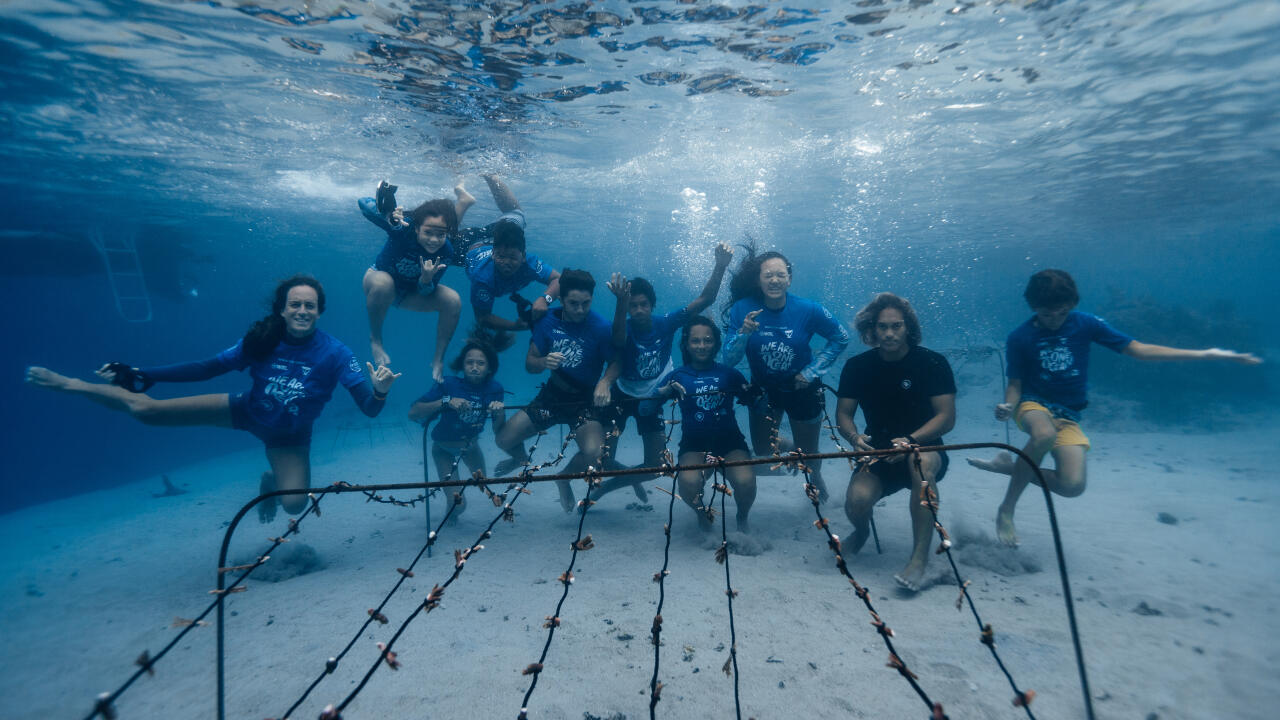 Through the workshop, over 500 heat-resistant corals on 17 ropes have been added to the Coral Gardeners' garden in Teahupo'o. - Killian Domingo for Coral Gardeners

This resilient-based method of coral restoration has been in place ever since the first partnership between WSL and Coral Gardeners. In 2019, WSL surfer Michel Bourez alongside Lea Brassy, Matahi Drollet, and Koa Smith, and the legend and reef restoration pioneer, Dr. Austin Bowden-Kerby, from Fiji, joined Coral Gardeners' main headquarters in Mo'orea to raise awareness and restore coral reefs. Together, they learned how to identify and propagate heat-resilient corals and created a pilot rope nursery. 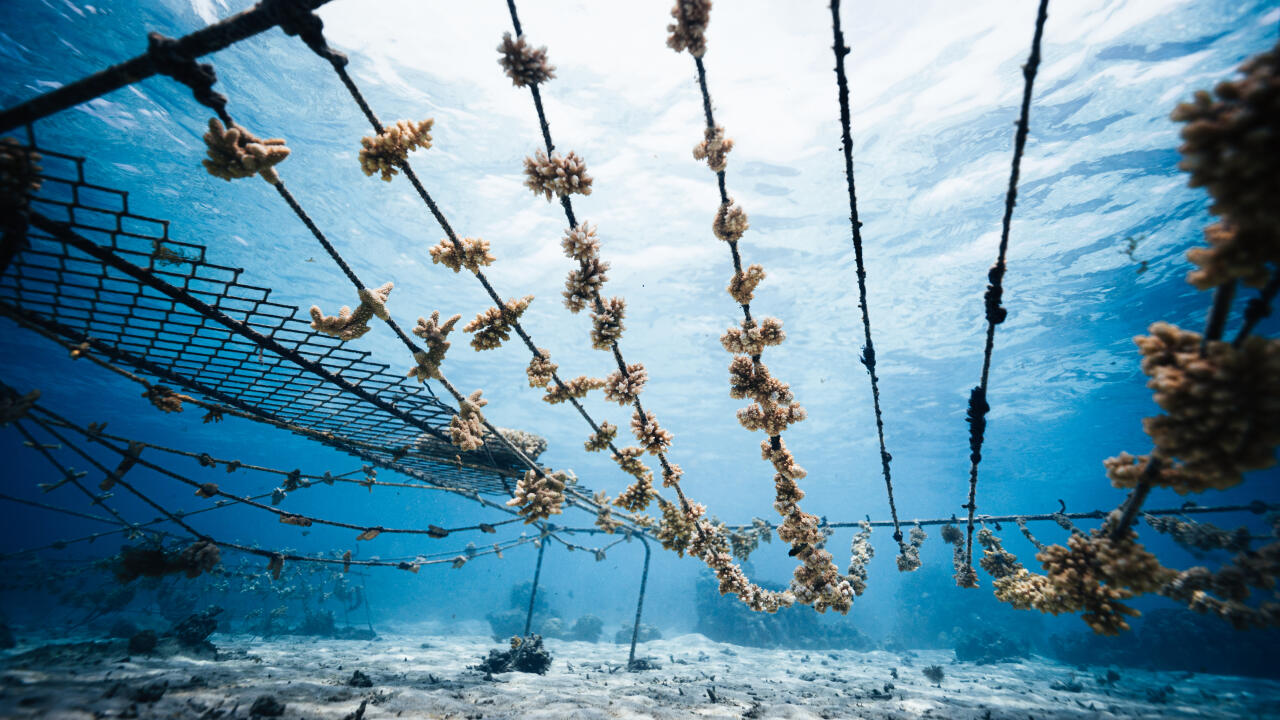 Three years later, this method has proven to work wonders, as these corals have now come full circle. After successfully growing in the pilot nursery, the corals were planted onto degraded areas of the reef where they kept on thriving, with a 40% increase in coral coverage, one-year post-transplantation, recreating the foundation of one of the most biologically diverse ecosystems on the planet. 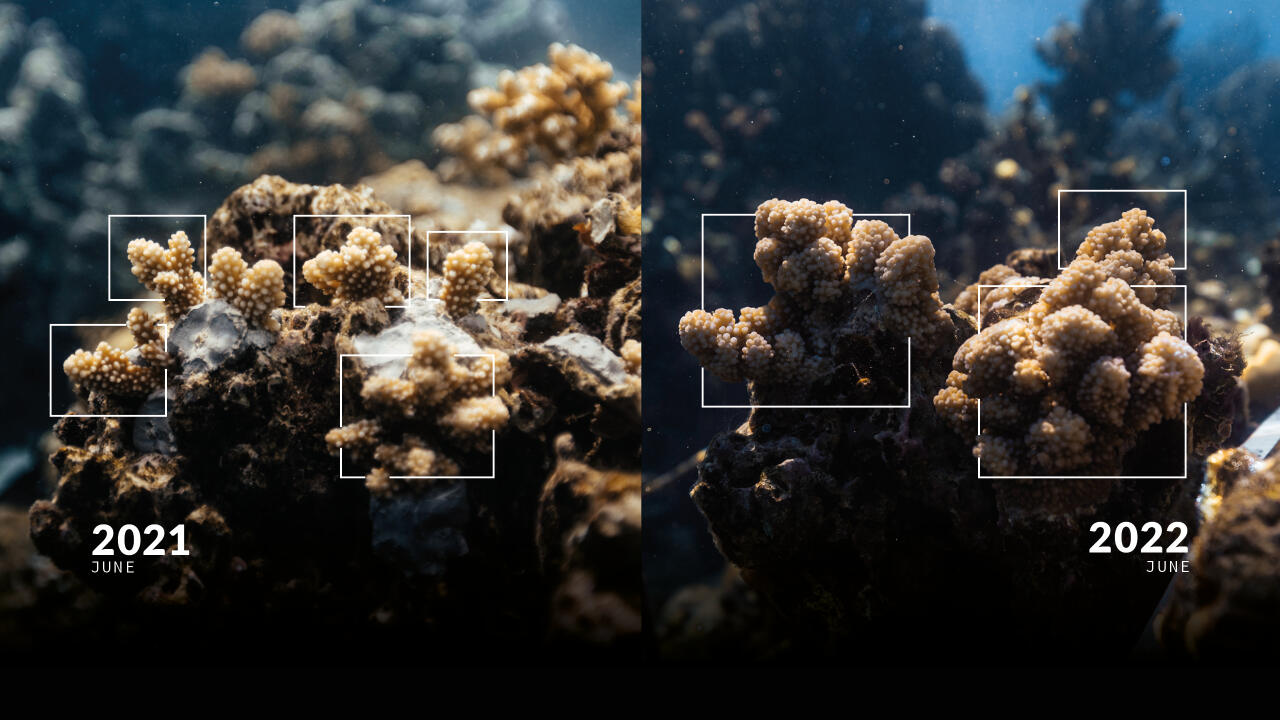 These corals were grown in the nursery created with the WSL surfers and Dr. Austin Bowden-Kerby back in 2019 and are now taking over the reef. - Killian Domingo for Coral Gardeners

Building upon that first collaboration with the WSL and Dr. Austin's knowledge, Coral Gardeners has created more gardens of heat-resilient corals in French Polynesia, which has since become their craft. They are now ready to scale up around the world and plant a million corals by 2025, which includes the corals growing in the garden of Teahupo'o.

"In one year's time, I can come back and look at how my coral reef grew and how I helped impact the environment in a really good way. Little differences can make really big difference in the end." - Tatiana Weston-Webb, WSL pro surfer

Working Together to Protect Teahupo'o's Reef
2:44
Threatened by climate change, healthy coral reefs are among Earth's most biologically diverse ecosystems and they provide vital ecological services, making them critically important to protect and restore.

Coral Gardeners and WSL are working together to protect and restore the global ocean, aligned with WSL's We Are One Ocean initiative and The United Nations Decade on Ecosystem Restoration.

To learn more about Coral Gardeners and support their work, help by adopting a coral or representing the movement with their merchandise by visiting their website at coralgardeners.org.

As surfers, the ocean is our playground and our stadium. Getting involved in protecting and conserving the ocean is critical for us today and for future generations. Inspired by the work Coral Gardeners are leading? Tell us what you are doing to protect and conserve our one ocean. Download the Adobe Express app and search for World Surf League to get the custom template. Then share your creation on social with #CreateWaves and #WeAreOneOcean and tag @Adobe and @WSL for a chance for your post to be seen in the leadup to the WSL Finals in September. You can learn more and get involved at WeAreOneOcean.org.