Amuro Tsuzuki (JPN) has claimed victory at the White Buffalo Omaezaki Pro women's QS 1000 in fun, two-to-three foot surf at Omaezaki Long Beach. The Olympic Bronze Medalist had to overcome a solid field of Japan's best up and coming female surfer's to take her first major win of 2022. 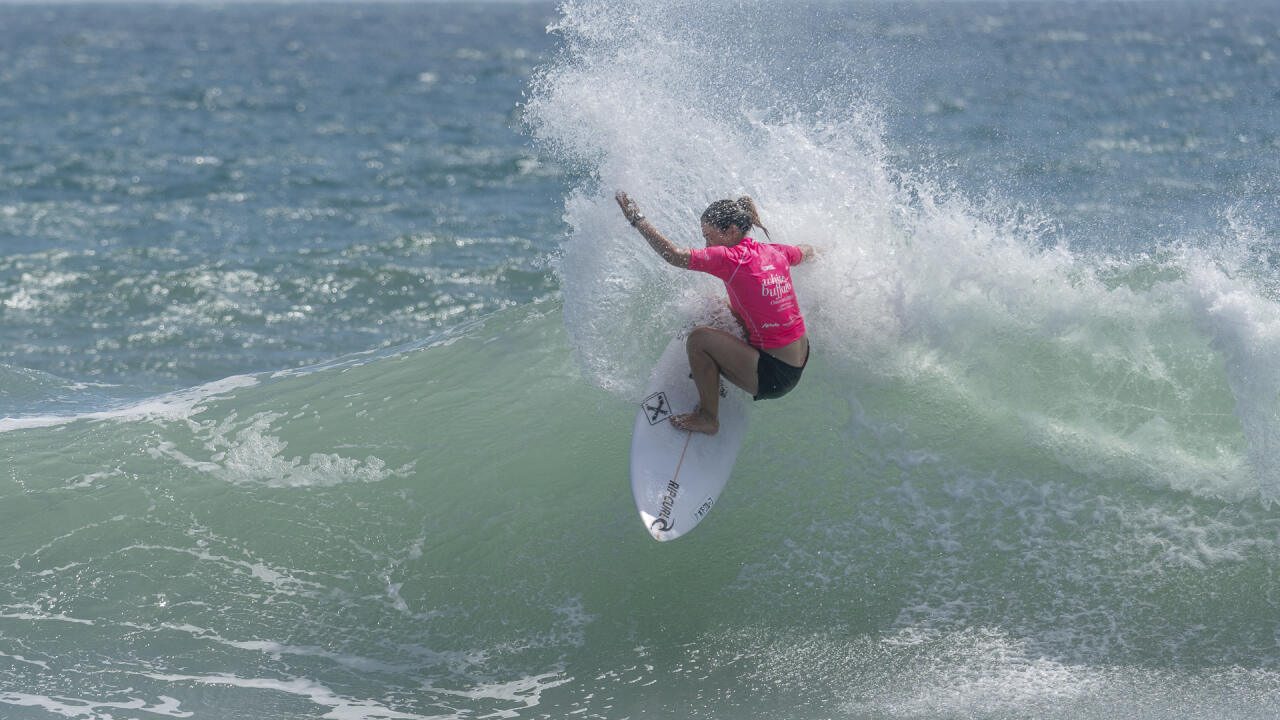 In the Final, Amuro Tsuzuki came up against Nanaho Tsuzuki (JPN) who had been in great form all week. It was a busy heat with 23 waves surfed between the two but in the end it was the experience of former Championship Tour competitor Amuro that prevailed as she cruised to Victory.

"The waves were changing a lot in both my heats today," Tsuzuki said. "I was happy I was able to adjust my performance to suit the waves and I was able to take the win. I would like to say thank you to Omaezaki. This event raised my motivation to compete in the rest of the Challenger Series for the rest of the year to qualify for the Championship Tour next year." It was a big day for runner-up Nanaho Tsuzuki who also claimed victory in the women's White Buffalo Omaezaki Pro Junior event. Tsuzuki was too good for the rest of the field as she capped a great event with an impressive victory and locked in second spot on both the WSL Asia QS and Pro Junior Rankings.

"I am super happy to win this contest," Tsuzuki said. "When I was young, I came to this long beach with my parents, so I am stoked to win here. I had very good memories at this beach. Now I am one step closer to the World Junior Championships - there is one more event in October - I want to win that to get a spot to go to the WJC. Eventually, I want to become World Junior Champion." The men's Pro Junior Final was a super close affair with Shohei Kato (JPN) edging out Indonesian competitor Ryuki Waida (IDN) by 0.05 of a point to claim his maiden WSL Pro Junior victory.

"I am so happy since I have been injured and haven't been surfing for half of the year," Kato said. "Being out of the water was getting me down so it feels amazing to be back in the water and performing at a high level. I'm really excited about the next event and am keen to keep my momentum building."