PRAIA DE SANTA BARBARA, Sao Miguel - Azores Islands (Friday, October 21, 2021) - The QS3,000 Azores Pro, Stop No.5 on the World Surf League (WSL) 2022/2023 European Qualifying Series (QS), declared a Force Majeure due to unsafe conditions to complete the event within the dedicated competition window. A major storm front on the night of October 17 caused structural damage to the event area, as well as forced the competition to be put on hold due to unsafe conditions.

"Well it's been a hard decision and a tough week," Rodrigo Heredia, event organizer stated. "We were basically between two big storms and we knew we only had small windows to run but the swell is still too big. We did everything in our power to be ready to run heats but we can't control what the ocean does. We'll try our best to bring this event back, it's a major sporting event for the Azores."

"We looked at all possible options," Rob Gunning, WSL Europe tour manager said. "Running both events, or maybe just one of the events, but due to conditions it's just not possible. It's just not contestable from morning until dark with the new swell coming as well. We still have two QS3,000 remaining in this current season so in terms of qualifying for the Challenger Series there are still a lot of points available."

The WSL informed surfers and partners of the event's circumstances and subsequent cancellation. 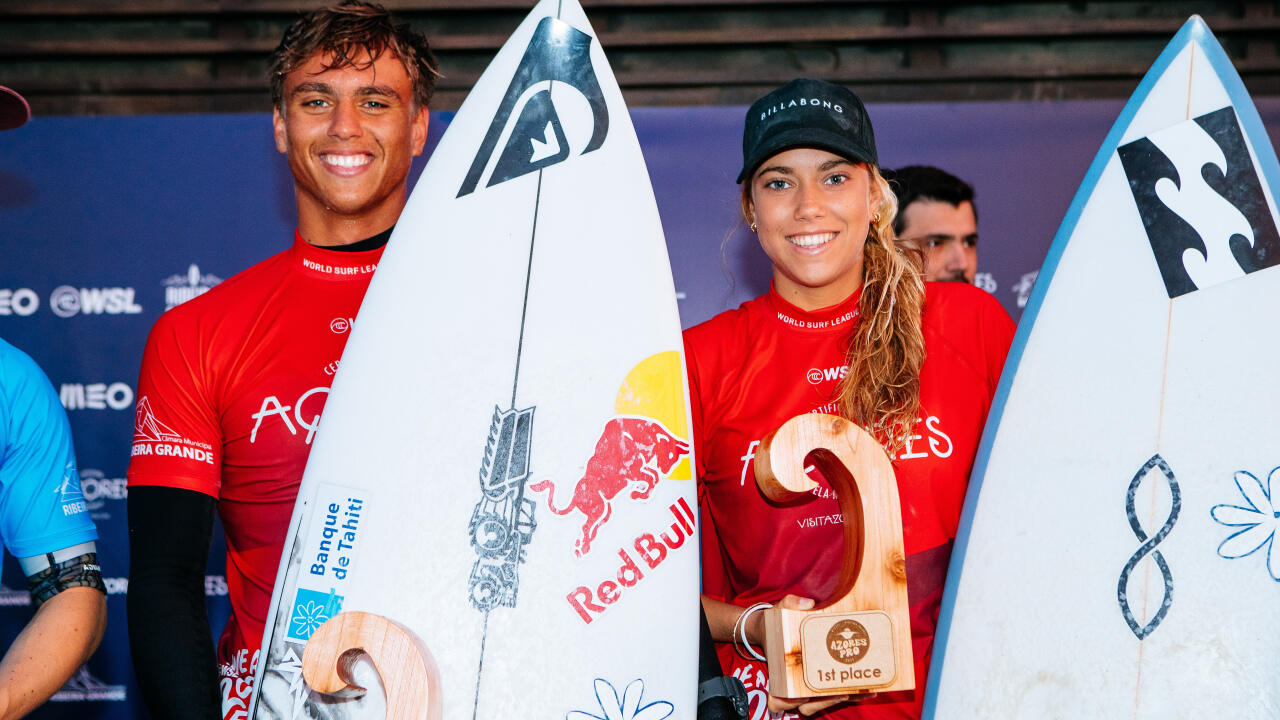 Before this week's unfortunate events, the Azores Junior Pro was able to be completed on Saturday, October 15. The event was the last opportunity for Europe's best under-20 surfers to fight for the regional junior title and qualification for the WSL Junior Championships.

After a full day of intense competition, Tahitian brother and sister Kauli and Aelan Vaast were crowned the event winners, Bitor Garitaonandia and Janire Gonzalez Etxabarri claimed the 2022 European Junior Titles and the four surfers qualified for the WJC were decided.

During the week, the huge swell that forced the cancellation of the event, also provided an opportunity for some of the surfers to surf an epic lefthand pointbreak somewhere around the island.

Contest Cancelled, Watch Kauli Vaast Get Barreled at Secret Azores Point!
2:57
With a massive swell and horrible winds at the contest, surfers find their way to a secluded point and score an epic free surf.

The Azores Pro Junior was scheduled from October 15-17, 2022 and the Azores Pro from October 18-23, 2022 at Praia de Santa Barbara, Sao Miguel - Azores Islands. For all results, photos, video highlights and press releases, log on to worldsurfleague.com.