The event winners in all six categories will be crowned tomorrow at the World Surf League (WSL) Saquarema Surf Festival in Memory of Leo Neves and presented by Prefeitura de Saquarema. Local surfer João Chianca (BRA) earned a runner-up finish in last year's edition and took one step closer to his goal of winning in front of his hometown crowd after defeating an in-form Edgard Groggia (BRA) in the Semifinals by a score of 16.34 to 14.90 (out of a possible 20 points) respectively.

"For sure I knew that with this wind and these conditions, the lefts would be easier to score on, so I used my backhand and some big turns to win that heat," said Chianca. "Hopefully conditions improve tomorrow and I can take the victory from such a great event. I just want to thank Leo Neves for blessing this event and this marvelous place." Chianca has only competed in one prior WSL Qualifying Series (QS) event this season and is currently in 52nd place on the rankings. On the other hand, Miguel Tudela (PER), his opponent in the Final, has already won three QS events and sits atop the regional rankings.

"The conditions are really tough today, the waves are really small and the wind is really strong, but it's coming from a good direction to do airs, so that was my strategy," said Tudela. "I'm really happy right now, it's indescribable making it to the Finals in every QS event this year. It's definitely a result from a lot of hard work, but I think the secret is having fun in the water and time with my family." Miguel Tudela (PER) used his air-game to advance into the Finals at the Saquarema Surf Festival at Praia de Itaúna. - WSL / Daniel Smorigo

Due to increased unfavorable winds, the Women's QS 5000 Semifinals were postponed until tomorrow. In Heat 1, the standout surfer of the event, Luana Silva (BRA) will face Dominic Barona (ECU), who now leads the WSL South America rankings. Heat 2 will be a rematch of the 2021 Saquarema Surf Festival Finals featuring Daniella Rosas (PER) and Sophia Medina (BRA).

"It's been so emotional and I just feel very grateful to be in this position again," said Medina after her Quarterfinal victory. "Last year I needed a good result to qualify for the Challenger Series and it looks like the same can happen again this year. I'm hopeful I can qualify again, but I'm just so grateful for being here and having these amazing experiences." Upon conclusion of the Women's QS 5000 Quarterfinals, the Men's and Women's LQS 1000 took to the water. Last year's Finalists Tony Silvagni (USA) and local surfer Rodrigo Sphaier (BRA) guaranteed a spot in the Finals this year and will be joined by Jeferson Silva (BRA) and Sebastian Cardenas Aguirre (PER) in the 4-man format.

"I've been putting the work in and once again made it to the Finals alongside Tony Silvagni, who is a great friend," said Sphaier. "Conditions were really difficult, but I'm stoked to be in the Finals in front of my hometown crowd and hopefully I can win it all this year." 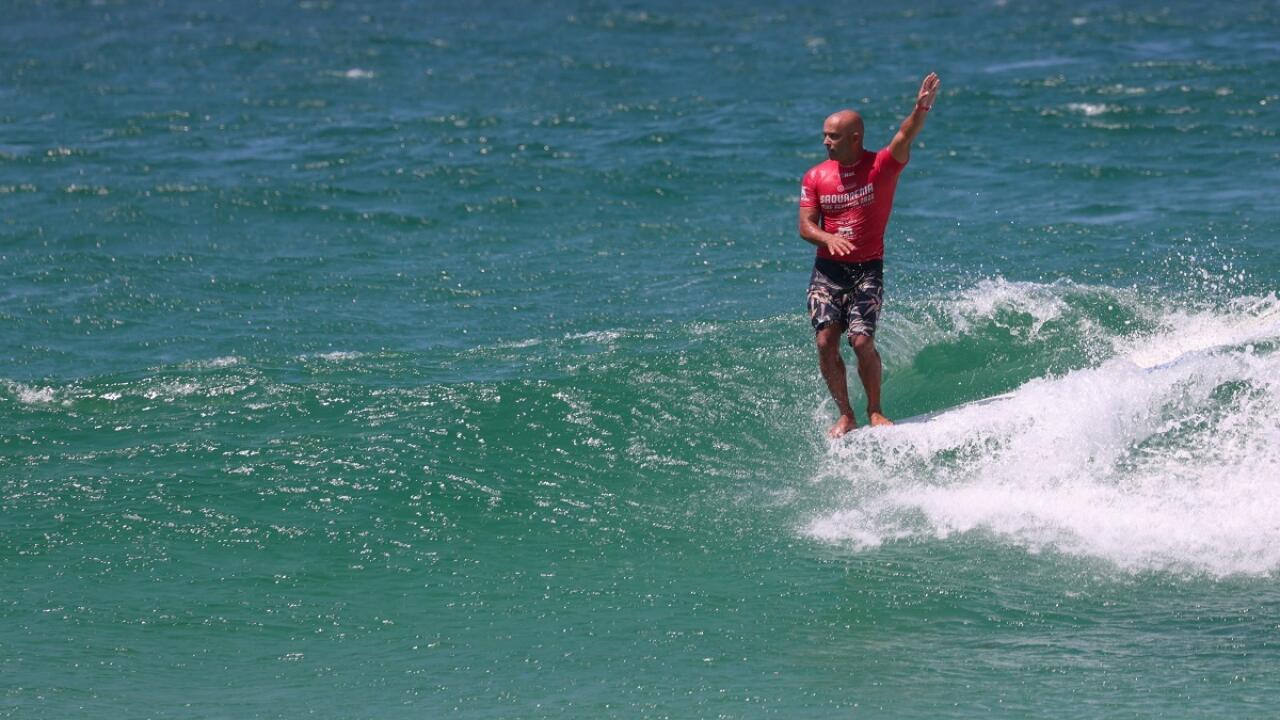 In the Women's division, Chloe Calmon (BRA) guaranteed a spot in the Finals after displaying her stylish flow and footwork despite the challenging conditions. She will now face Luana Soares (BRA), Atalanta Batista (BRA) and Maria Fernandes Reyes (PER) in the Final.

"I'm really happy that I made it to the Finals because that was my goal from the start," said Calmon. "As soon as the Longboard category began, the wind really picked up and made conditions even harder. When it's so choppy, it's hard to walk up to the nose, so I took a few spills, but I still got the job done. It's so special to be competing here, the waves have been fun all week, the water was warm and the wind was offshore, but today a cold front kind of messed things up. But regardless, I can't complain because we've had waves all contest." Both event winners in the Pro Junior category, Sol Aguirre (PER) and Cauã Costa (BRA) have advanced into this year's Finals once again. Aguirre is a three-time WSL South America Pro Junior Champion and is looking for a record-setting fourth with a victory tomorrow.

"Saquarema is a beautiful place and even though conditions weren't great today, I'm still happy that I've made it to the Finals and I can represent my country tomorrow," said Aguirre. It would be amazing to win a fourth title, but I'm happy with the three I have. But of course, I'll do my best tomorrow and it would be insane to hold the record with four titles." "The wind came in really strong, but it helped to do airs, so that's what I did," said Costa. "I've been training really hard, so the focus now is winning the event. I'd love to win another title in Saquarema, this event is great and especially in honor of Leo Neves, who is a hero in Brazil and all the surfers looked up to him."