LOS ANGELES, Calif., USA (Tuesday, November 15, 2022) - The World Surf League (WSL) 2022/2023 Big Wave season officially opened today and now holds a waiting period through March 31, 2023. This year's Big Wave season will feature two premiere events: The Quiksilver Jaws Big Wave Challenge pres. by TUDOR in Pe'ahi, Maui, Hawaii, and the TUDOR Nazaré Tow Surfing Challenge pres. by Hurley in Nazaré, Portugal. With the waiting period officially open, the best big wave surfers in the world are on standby to activate at a moment's notice and travel to one of the two world-venues.

The WSL Tours and Competition Team are closely monitoring the swells and conditions needed to run the Quiksilver Jaws Big Wave Challenge pres. by TUDOR and the TUDOR Nazaré Tow Surfing Challenge pres. by Hurley. The WSL Tours and Competition team will look for consistent surf, with a minimum 25 feet on the face of the wave throughout the competition. Other conditions, such as wind and tide, will be assessed in the decision to run the competitions.

If a large swell tracks toward the contest location(s) with favorable weather conditions, the WSL Tours and Competition team will issue a "TUDOR Big Wave Yellow Alert" as far as 72 hours out from the potential event run date. If the conditions continue to track favorably, the "TUDOR Big Wave Green Alert" will be issued, meaning the competition will be ON, and fans can prepare to watch surfers push the limits of what is possible on one of the world's craziest waves in the next 24 hours. For a second straight year, both events will be hosted live on Red Bull TV and WorldSurfLeague.com, WSL's YouTube channel, and on the free WSL app. 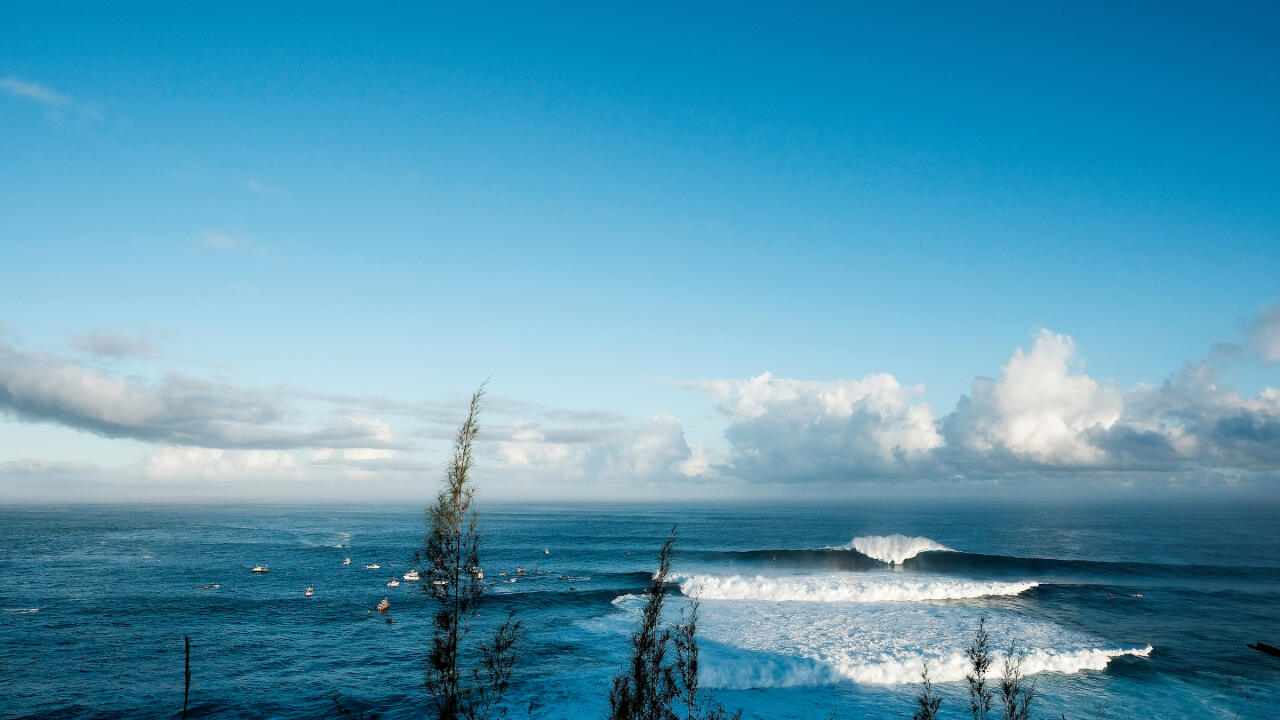 The lineup during the 2019 cbdMD Jaws Big Wave Championships in Maui. - WSL / Saguibo

About the Big Wave Venues

Jaws (also known as Pe'ahi), and Nazaré are two of the most renowned and respected waves in the big wave community. Each location is a significant proving ground for the paddle-in and tow-in disciplines, respectively, and the sites of historical World Records for the largest waves ever ridden.

The Quiksilver Jaws Big Wave Challenge pres. by TUDOR, will showcase paddle-in surfing at the famed break off of Maui, Hawaii. Due to its power, velocity, and ability to be one of the most perfect big waves on the planet, Jaws is the standard when it comes to paddle-in big wave surfing.

The TUDOR Nazaré Tow Surfing Challenge Pres. by Hurley, on the other hand, will showcase the best of big wave surfing in the tow-in discipline. In this competition, competitors will work in teams, utilizing jet skis to surf the biggest waves possible at Praia de Norte in Nazaré, Portugal. Praia de Norte is home to some of the biggest waves in the world, including the current Big Wave World Records.

Only a handful of brave women and men have dedicated their lives to chasing swells and riding these waves of consequence. They train metally and physically year-round to be prepared for these monster swell events. This is their time to show the world what they are capable of and set the bar for big wave surfing even higher. 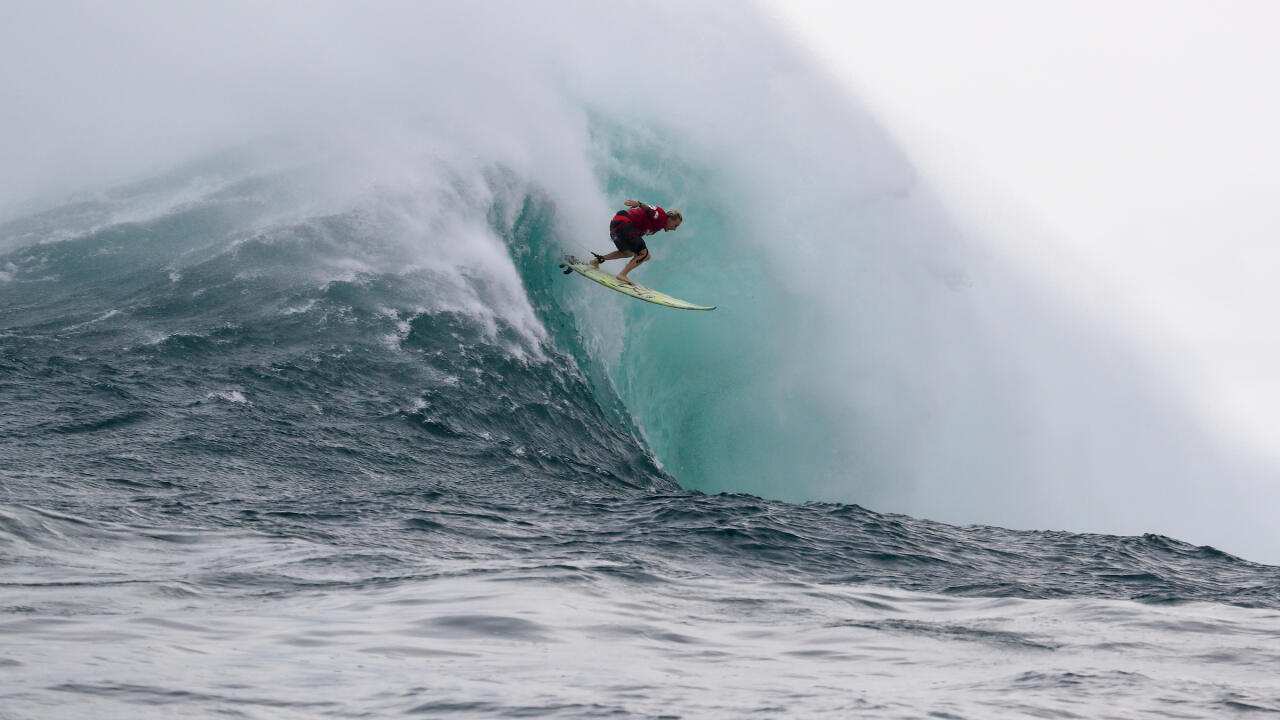 The Quiksilver Jaws Big Wave Challenge pres. by TUDOR will feature paddle-in surfing in an individual competition format. In the men's division, 24 competitors are divided into four heats of six surfers for the first round. The three highest-scoring surfers advance to the Semifinals, which run in the same format, and the top three surfers from the Semifinals advance to the Final. The women's division runs in a similar format with 12 competitors participating in two six-surfer Semifinals with the top three surfers in each heat advancing to the Final.

New this year, and for the first time ever at Jaws, we will see six-surfer priority come into play. Priority is the system that is in line with all other tours, and controls who has the first option to ride a wave. The priority system was highly requested by the surfers and is beneficial for Jaws because it creates organization and added safety in the lineup on massive swells. Heats are generally 45 minutes and surfers may catch as many waves as they wish, respecing priority, with a panel of five judges scoring each ride on a scale of 1 to 10. Each competitor's two best waves are counted, with their best wave score doubled. 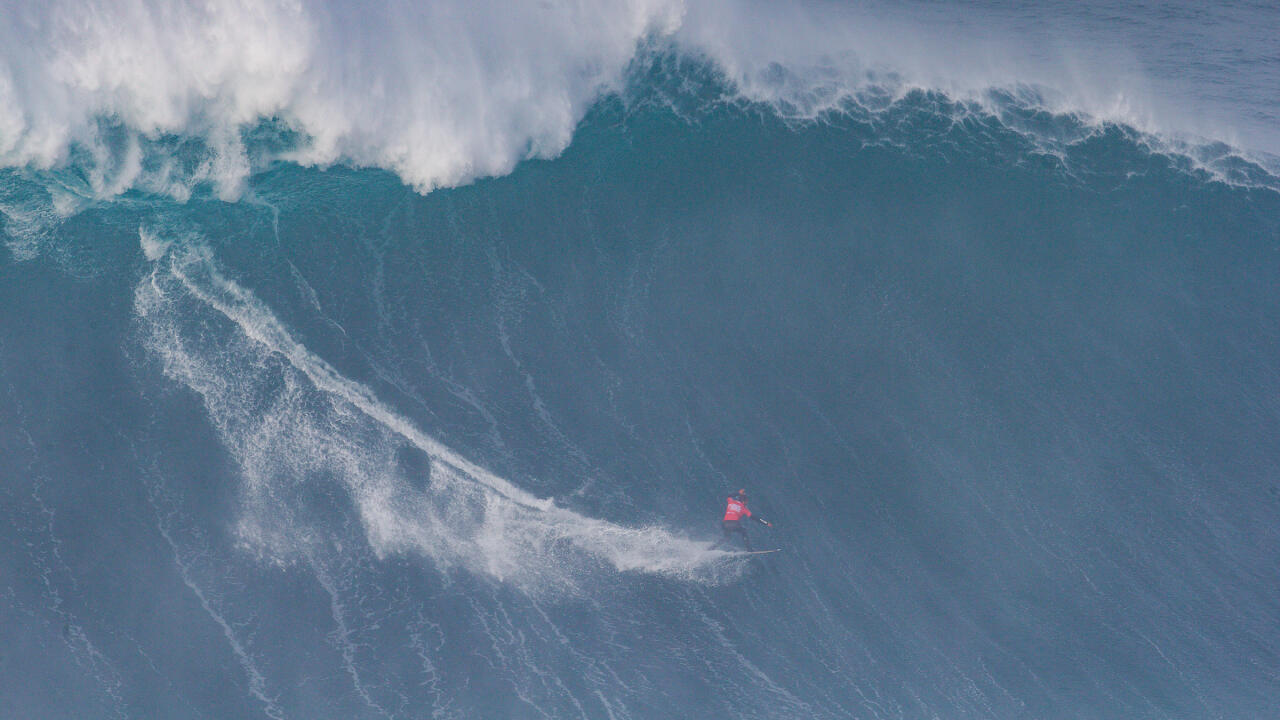 The TUDOR Nazaré Tow Surfing Challenge pres. by Hurley will be a one-day, specialty teams event with tow-in surfing. There will be nine teams made up of two competitors in each team. The teams will be divided into three groups with three teams in each group. The competition will have a total of six 40-minute heats, where each group will participate in two heats, with each team alternating between surfing and driving the team's jet ski.

A surfer's best two waves after surfing both heats will count to an individual total score, with the best wave counting as double points. In total, a surfer's maximum individual score will be 30 points, as each wave is scored from 1-10 points. Surfers will be awarded across multiple categories at the end of the competition day. 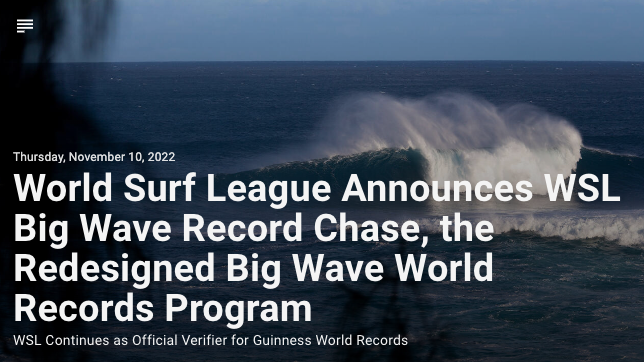