The Vans Pipe Masters is a new, invitation-only specialty event. Running independently of the WSL Championship Tour, Challenger Series, and Qualifying Series, the competition will feature 60 Vans-selected men and women surfers, with a focus on local Hawaiian talents. The format and judging criteria have also been determined by Vans, and here is a quick look at how this event differs from the 2023 Championship Tour season opener at the Billabong Pro Pipeline in January.

In this leaderboard-style competition, surfers will surf a total of three non-elimination heats throughout the event window. The competitors' top three wave scores will determine their final score, with the top four surfers in the men's and women's divisions advancing to the Finals for a chance to win a portion of the $420k prize purse.

Judging criteria and scoring will be a large shift from past versions of the Pipe Masters. In this new adaptation, judges will be looking through a different lens and placing an equal emphasis on turns, airs, and barrels. Vans' 60 handpicked surfers will not just be the elite barrel riders we've seen win this contest in years past, but also talented aerialists from across Hawaii and beyond. 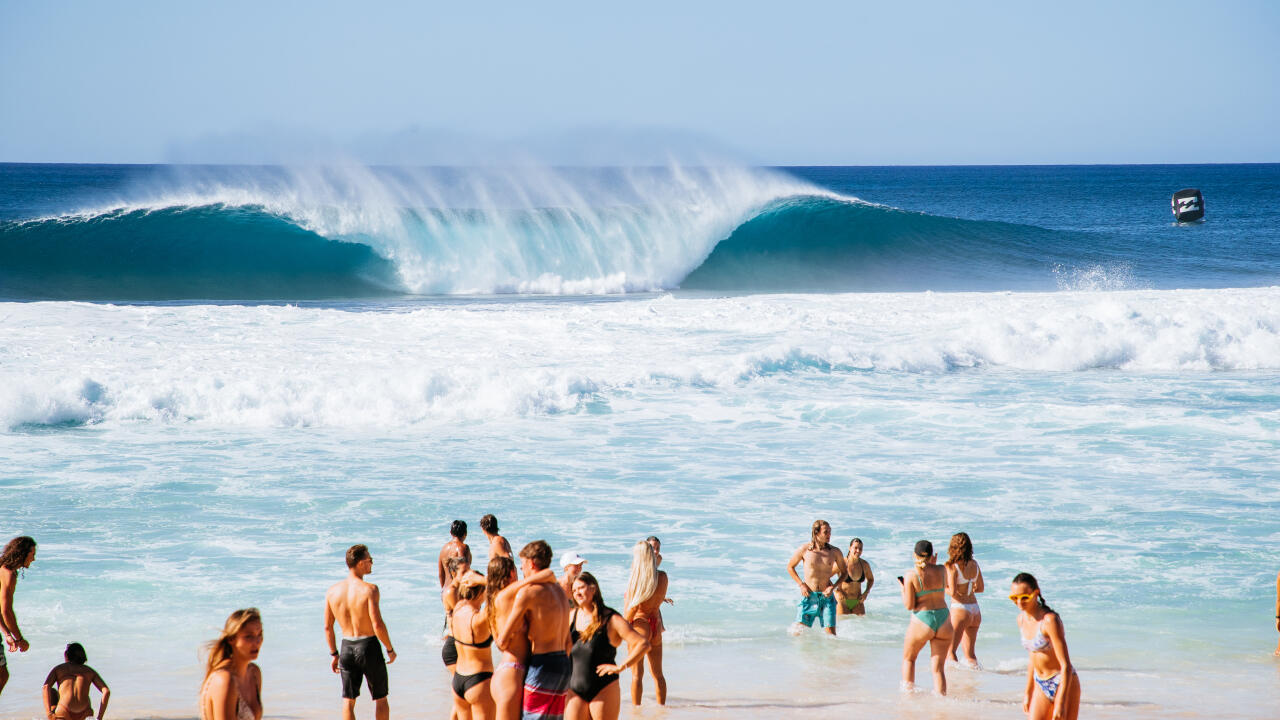 The Canvas For The Vans Pipe Masters - WSL / Brent Bielmann

The invitees were selected to uplift the North Shore community and drive cultural progression and inclusion. 50% of the Vans Pipe Masters' men and women invitees are from Hawaii.

The Vans Pipe Masters will not use the priority system. Wave selection, heat strategy, and lineup positioning at Pipeline and Backdoor will be up to the surfers to decide amongst themselves out in the water.

Within the non-elimination format, the same surfers will compete against each other for each of their three guaranteed heats. Up until the Final, the leaderboard-based contest puts the emphasis on capturing the three best possible wave scores over defeating the other surfers in the heat.

The new chapter of the Vans Pipe Masters kicks off December 8-20, 2022. Watch live on vanspipemasters.com and worldsurfleague.com.