WSL WORLD TOUR HISTORY: Trestles made its debut in 2000 as the Billabong Pro, which was claimed by Andy Irons. Boost Mobile came on board in 2002, sponsoring the mid-season men's event for six years before it was handed off to Hurley. NOTABLE: Kelly Slater shattered Tom Curren's record 33 career event wins in 2007 with his victory at the Boost Mobile Pro, netting the now 11-time ASP World Champ his 34th career win. In 2009, Australia's Mick Fanning kickstarted a rampage at the Hurley Pro Trestles that would see him win his second WSL World Title. In 2010 Slater regained his lead as No. 1 at the Hurley Pro over Jordy Smith when he won the event (his fourth WSL World Tour victory at Trestles) over Bede Durbidge. He also launched his campaign toward his eventual 10th WSL World Title. Slater won yet again in 2011, this time topping young goofyfooter Owen Wright for an unimaginable fifth Trestles title. With five wins in the previous seven years, Slater three-peated in 2012.

Meanwhile, on the women's side the Swatch Pro has proved to be the number-one indicator of who the women's World Champion will be. Event champions Stephanie Gilmore, Carissa Moore and Tyler Wright each went on to win the World Title the same year they won the event. GETTING THERE: This is California, so cars are key. Enjoy the sights and sounds of the 405 and 5 freeway as you make the trek down (or up) to San Clemente. Pay parking fills up quickly each day off the Basilone Road exit. Your walk isn't all that much shorter, either. Consider finding the cheaper parking off Cristianitos Road, just be sure you're parked in legal spots if you park on the street. Also, avoid the Friday afternoon and Saturday morning traffic crunches if you're heading south through Orange County, unless you love sitting in bumper-to-bumper conditions.

ATTITUDE: Trestles is a low-key scene on the beach, but it's one of the most competitive lineups in the world if you're trying to catch waves, so either be prepared to put your game face on, or relax and enjoy the show during this window. The event is run on a strict time table, so there is time to jump in the lineup, but just be sure you're not acting as a speed bump. 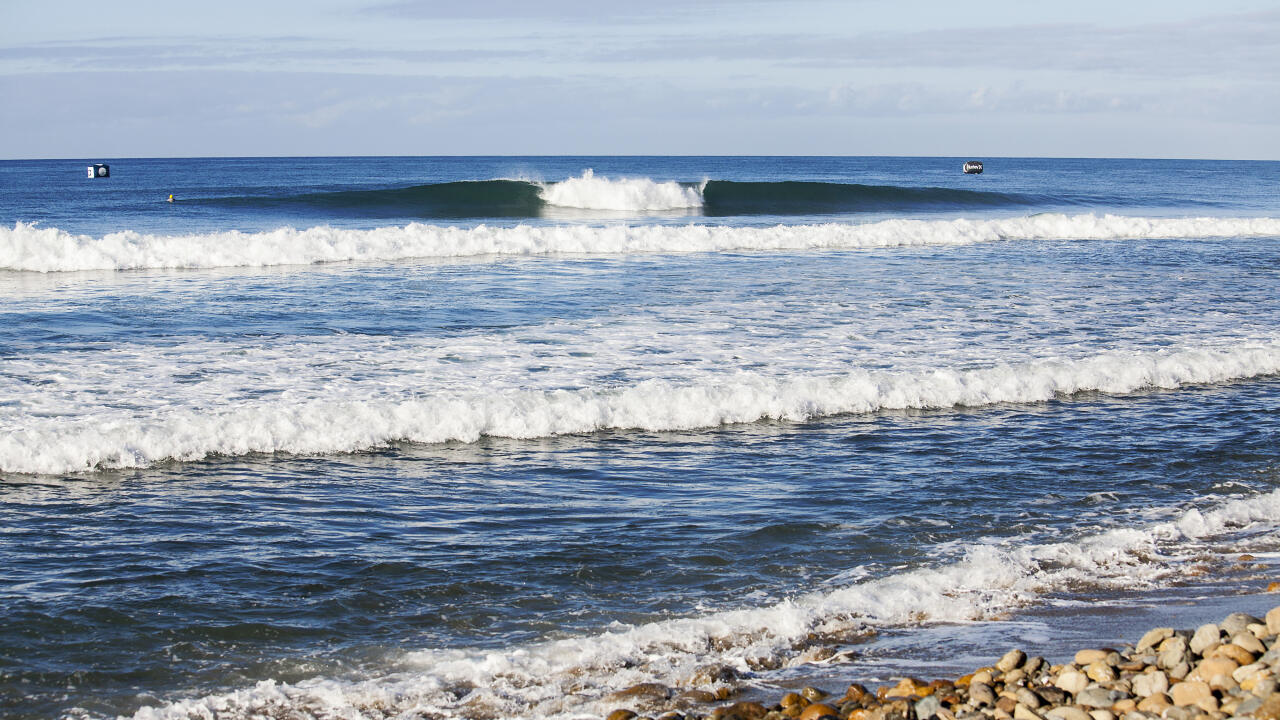 THE WAVE: This high-performance cobblestone point breaks over the relic delta of the San Mateo Creek. The rights can peel for up to 200 yards down the beach. The left is faster, hollower, and more powerful, which is why it's a favorite for those looking to perform today's most progressive moves. Trestles is a wonderful blank canvas, and both the left and right can make even an average surfer appear gifted.

PERKS: This wave is consistent -- Trestles has been known to break when the rest of SoCal is dead flat. And lest we forget, this little stretch of sand that spans the North San Diego County and Orange County border is likely to be the only place within a 200 kilometer radius where it'll take you more than 10 minutes to walk to a Starbucks or a 7-11.

PERILS: It's best to grow to love the 20- to 30-minute trek that you have to undertake between parking and paddling out, as the plans to install a 1.5 kilometer walking carpet from the Carl's Jr. parking lot to the surf aren't looking promising. Your other option is to grab a cheap bike or a skateboard and bomb the trail if you're looking to cut your commute in half. And be wary of gunfire: Trestles sits on the edge of Camp Pendleton -- military base and training grounds for the US Marine Corps. Oh, and there have been quite a few shark sightings there recently.

APRÈS-SURF: Pick your poison, you're mere miles away from San Clemente, home of the fabled San Clemente Crawl -- a.k.a. a Bermuda Triangle of dive bars -- and smack between Mexico and Hollywood. Orange County splays North and there's always San Diego to the south -- translation, if you strike out at one bar, there's approximately 11,964 others at your disposal. While San Clemente is generally a sleepy town, there are a growing number of great restaurants and bars within walking distance of each other located on the famous El Camiño Real and the main street of Del Mar.