ASP South America is proud to announce the return of the Brazilian end-of-year leg that includes three consecutive men's and women's ASP Qualifying Series (QS) events during October and November. 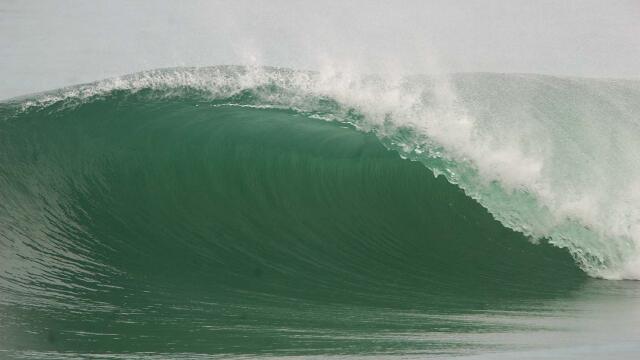 A clean barrel rolls through the lineup at Joaquina Beach, where the final stretch of events in South America will kick off. - WSL

The Santa Catarina Surfing Federation (FECASURF) has confirmed the men's ASP 6-Star Santa Catarina Pro in addition to the women's 5-Star competition held at the same event October 18 - 25 at Joaquina Beach in Florianopolis. The tropical state of Bahia will host the men's and women's ASP 4-Star Mahalo Surf Eco Festival at Praia da Tiririca in Itacare. The South American stretch culminates with the Sao Paulo Prime, which awards the top performer with 6,500 ranking points.

For many years, Brazil was the last stop on the ASP qualifying circuit before heading to the concluding events at the Triple Crown of Surfing in Hawaii. The contests promoted by ASP South America have always been a decisive factor for Brazilian athletes in accumulating crucial ASP QS ranking points without having to battle for quality results in Hawaii. But QS events there dropped off after 2011.

"It feels gratifying to be able to bring these important ASP Qualifying Series contests back to Brazil," said ASP South America Regional Manager, Roberto Perdigao. "These new events on the men's and women's calendars substantially increase the chances of the surfers qualifying for the 2015 ASP World Championship Tour since the last two Prime events are held in Hawaii and there weren't any other significant events during the second half of the year to guarantee classification onto the WCT." Following the events in South America, the athletes competing in women's contests will head to the challenging waves at Punta de Lobos in Pichilemu, Chile for the ASP 3-Star Maui Woman Pro, which begins November 13. These events will help define the top six surfers who will qualify for 2015 ASP Women's World Tour.

"One of the objectives of ASP South America is to show full support of women's surfing," said Perdigao. "From what we've witnessed from the ASP events, the technical level of the women is at an extremely high degree. The moment could not be better for the companies that are participating alongside us and they understand the necessity of encouraging women's surfing."

More news and information concerning the upcoming events are available at www.aspsouthamerica.com

- WSL / Kelly Cestari
Wednesday, April 21, 2021 Ben Collins
Why Wild West Oz Is A Gateway To An Adventurous Approach To Surfing

Western Australia provides a special experience for surfers who want to get off-the-grid in search of waves and natural beauty.

Preserve the future of surfing by signing the We Are One Ocean petition to protect and conserve our global ocean.

Here are the recipients of the WSL PURE Grant program from five different regions around the world and what they do.

For pro surfer and non-profit founder Mikey February, the ocean impacts his hometown of Cape Town, South Africa in ways as diverse as the