All surfers who reach the upper levels of competitive achievement are bred for years to become champions. When they take the jersey off forever, the fire that burns doesn't die easily. Todd Kline, formerly a surfer on the ASP Qualification Series (QS), has turned a post-competitive career into one of significance in the surfing world -- first as a an industry executive and now as part of the ASP Broadcast team. But when the mic is off, Kline dons his cape and cowl... or rather, his fishing rod and hat as one of the country's premiere competitive fishermen.

Recently honored as Rayovac Fishing League Worldwide (FLW) Series Co-angler of the Year, Kline opened up about his history both in the water and on it:

ASP: What's your background in fishing and surfing?
Todd Kline: I was born and raised in South Florida, I began fishing at the age of 5 and began surfing at the age of 14. My father got me started fishing, and my older brother, Rory, got me into surfing. 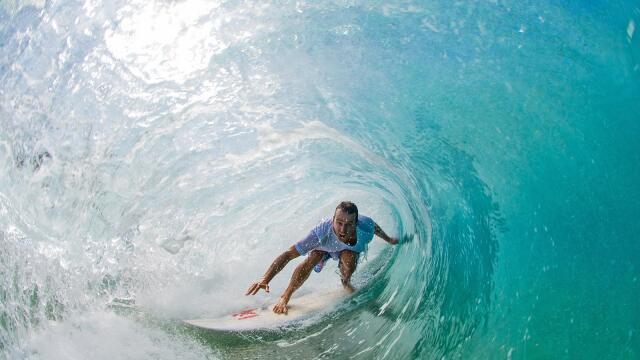 ASP: Let's start with surfing.
TK: After learning to surf on a boogie board, I bought my first surf board a couple months later for $75. I was at the beach with my brother and his friends when I found a gold ring with a diamond in the sand. It was a small diamond but nonetheless, I sold the ring for $75 and that's how I bought my first board.

I turned pro at 18 years old and began surfing local pro events and ASP East. After some success competing at that level, I then moved to California at 21 and went after professional surfing 100 percent. I retired from competition surfing rather early -- at the age of 25 -- as my sponsor then (Quiksilver) offered me a marketing position.

ASP: How did fishing work its way into your life?
TK: Going back to my youth and growing up in Florida, I quickly realized how accessible water was for fishing. I would ride my bike to the local golf course, parks, etc. and go fishing after school. When I moved to California at 21 I really put the fishing gear down for almost 10 or 12 years. I would fish on occasion in Japan, Fiji, South Africa, etc., when I had the chance while traveling for surfing and work. It was about 10 years ago I fished a very small park here in Orange County, CA, that stocks bass. At that point, I was hooked again and went head-first competing in fishing tournaments. I bought a boat and fished the local team tournaments for about 10 years. I really enjoyed the competition and the camaraderie amongst the anglers.

ASP: How does one sport affect the other?
TK: [Fishing competitions were] a great place for me to free the mind as surfing had become a job and was not the sanctuary it once was, even though I still love it. Every time I was in the lineup, someone was always asking about work, team riders, etc., which I enjoy discussing but I also like just being able to leave all that on the beach and enjoy nature. That's why I started surfing and fishing, to free the mind from work and enjoy life. Last year was the first year that I fished with FLW (Fishing League Worldwide), which is the ASP of fishing. I am fishing as a co-angler on the Rayovac Series which is like the QS for the ASP.

ASP: How do fishing competitions work?
TK: Generally a tournament is 8 hours in length and you keep your five biggest fish each day. You are allowed to throw back your smallest of the five as long as it's alive. At the end of 8 hours, you then go to weigh in and see who has the largest aggregate weight for the five fish. Most tournaments you fish for two days and if you are in the Top 10 after the accumulated weight, you then fish a third day with only the Top 10. The prize purse will pay back to the Top 40 based on a full field of 150. 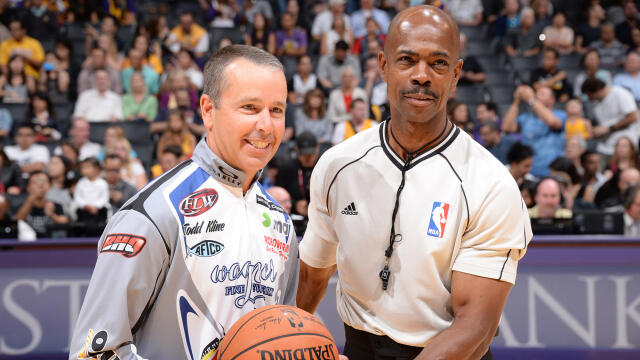 ASP: What makes a good competitive fisherman?
TK: Someone who is able to do their research prior to an event, identify where the fish are located in a lake as this is constantly changing based on season and forage, and probably the biggest thing is being mentally strong during a tournament as you will constantly be challenged during a tournament. This is where many tournaments are won our lost.

ASP: What are your best competitive fishing results?
TK: I have been able to win the Strike King Co-Angler of the Year back to back my first to years with FLW for the Rayovac Western Region. Of the seven tournaments I have fished in the West the past two years, I have won three and had one other top 10.

ASP: Are there any parallels between competitive surfing and competitive fishing?
TK: Absolutely! Just like in surfing, you will see guys with tons of talent, but as soon as the tournament starts or when a surfer puts on the competition lycra, they can't perform at their full potential. There are many challenges each day when fishing tournaments and the fisherman who are able to adapt and perform are the ones who win consistently. A recent Instagram shot of Kline and son Dylan hitting the surf. - WSL

ASP: How do you balance family life with a professional fishing career as well as being an ASP broadcast commentator?
TK: The change from the corporate world to fishing and surfing has been great. Not only for me but my family as well. When I am traveling it is tough to be away from my wife and son, but when I am not on the road, I am with them. I have been able to attend most of my sons sporting events, take him to and from school, and surf a ton this summer with him. We had an awesome family trip to Nicaragua where we scored some great warm-water surf.

ASP: What is fishing equivalent to a perfect day at Restaurants?
TK: That's a tough one, but I would say it's catching 30 pounds of bass for your best five fish on top water baits. That has not happened yet for me but sure would be fun!

ASP: Good day of surfing or a good day of fishing?
TK: Both are great, but even catching a 10-pound bass can't compare to a prefect barrel. Thats a feeling you just can't replace.

You can catch Kline on camera commentating LIVE daily at this site during the Billabong Pipe Masters starting Monday, Dec. 8.