Tello used her great knowledge of the break at San Bartolo and unleashed an aggressive backhand attack to defeat Luara Thompson (BRA) in the Quarterfinals. In the Semis, Tello accumulated an excellent 18.20 heat total to advance over compatriot Melanie Giunta. She then defeated Lorena Fica (CHL) in the Final. 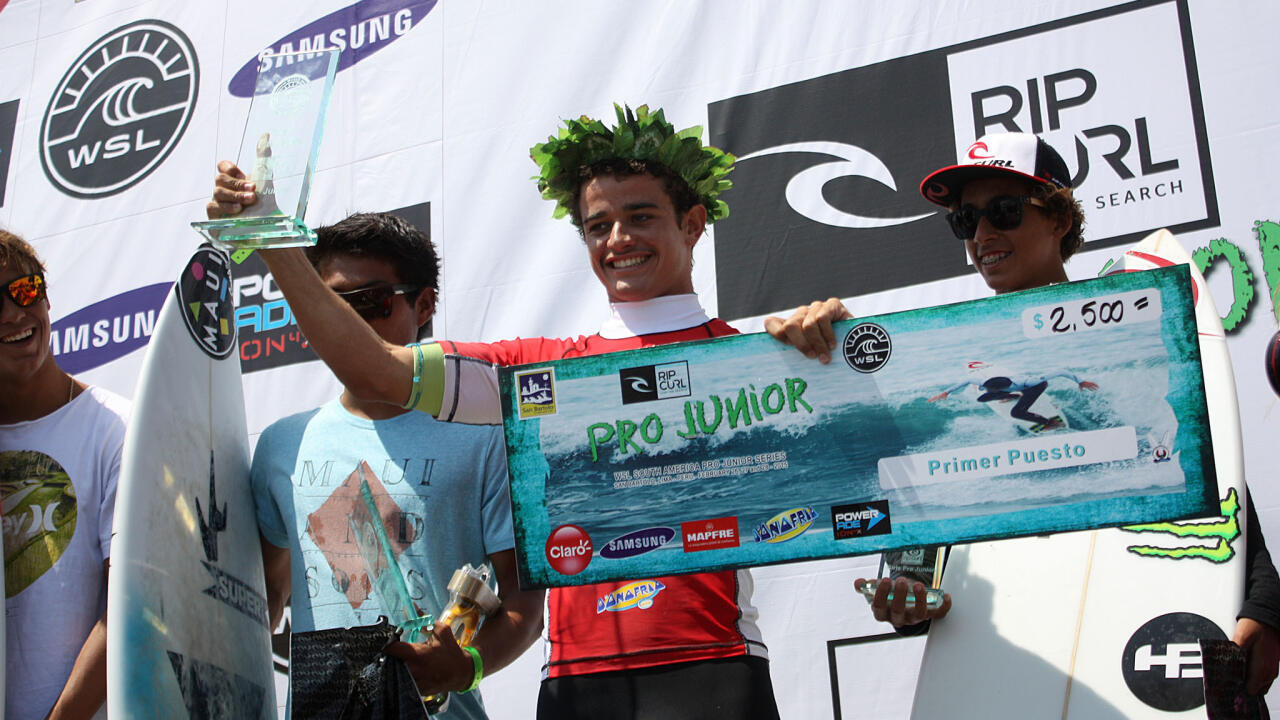 In the men's division, it looked like local favorite Juninho Urcia (PER) would ride his building momentum to victory. But, in the end, Silva excelled in the conditions and took the Final with a score of 14.00 to 12.34.

JT surfers have three more contests to determine who will represent the continent in the WSL Pro Junior Championship. The next stage begins March 30, 2015 with the Rip Curl Pro Junior Series Mar de Plata in Argentina.

A short day of competition showcased the best of women's surfing in fun Casablanca waves.

A whirlwind weekend will bring together entertainment and surfing talent.