THE WAVE: Bells is a beefy pointbreak. It's comprised of several breaks including Outside Bells, The Bowl and Little Rincon, which can make it one leg-burner of a ride with the right swell direction. Here's the breakdown: Outside Bells is the main break that produces a long, fast, even wall when it gets above six feet. The Bowl is the steep final section of the wave, while Little Rincon is to the south and needs a higher tide. Just east of The Bowl is Winkipop, which runs over a stretch of reef that produces a fast, hollow wave. The Bowl, one of several breaks at Bells. - WSL / Kirstin Scholtz

CHAMPIONSHIP TOUR HISTORY: Pro surfing has enjoyed 50 years at Bells Beach. One of the earliest legends of the event was Gail Couper (AUS), who won an astonishing 10 Bells' titles during the 1960s and 1970s. Other notable female performers from the Bells contests include 2015 Heritage Series competitors Lisa Andersen (USA) with four wins at Bells and Layne Beachley (AUS) with three. Reigning World Champion Stephanie Gilmore (AUS) also has three wins at Bells, while returning CT competitor Silvana Lima won the first Bells title for Brazil in 2009. Apart from Couper, the only surfers to have ever won three consecutive Bells titles are Michael Peterson (AUS) (1973-1975) and Mark Richards (AUS) (1978-1980). In 1987, the men's Final featured two trialists, Nick Wood (AUS) and Richard Marsh (AUS). (Wood ended up winning as a teenager.) Current World No. 2 Mick Fanning (AUS) also won the event as a wildcard in 2001. This year, with three Bells titles to his name, Fanning is the defending event champ.

NOTABLE: Bells is known for the historic introduction of the Thruster, a surfboard setup that uses three fins on the bottom of the board. In 1981, shaping pioneer Simon Anderson won the event on a three-fin board, ushering in the era of the Thruster. That same year, the Rip Curl Pro ran in 15-foot monster sets. One wave was even ridden from Rincon all the way to Winkipop. THE WEATHER: Anything goes: It can be cold and rainy and, after a long surf in the chilly water, you may find yourself looking for cover. It's a different world down in Torquay when it comes to weather and you need to pack for everything -- including unseasonable heat. Be prepared for any environment. 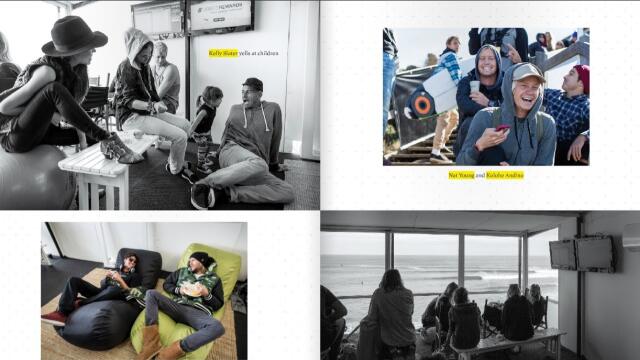 APRÃˆS-SURF: Although Torquay is widely known as a sleepy surf town, you can count on the Rip Curl Pro to bring the party. The Torquay Hotel will be a hotspot when the show is in town and you can always hit one of the great restaurants that the area is famous for. Pro tip: Rent a car and drive the Great Ocean Road, 243 kilometers of coast running between the Victorian cities of Torquay and Allansford.