Quik Ceremonial: Official Teaser
The 2015/2016 Big Wave Tour season kicks off Thursday, April 30 with the first event of the year.

The Big Wave Tour (BWT) is placing the Quiksilver Ceremonial in Punta de Lobos, Chile on Yellow Alert with a projected 20-foot-plus swell heading towards the region. Event organizers will monitor conditions closely and declare a Green Alert 72 hours prior to the commencement of the event, conditions permitting.

With a seven-event tour spanning Chile, Peru, Mainland Mexico, Baja California, Hawaii, the Basque Country and the Pacific Northwest, the 2015/2016 BWT features big wave icons such as Grant Baker (ZAF), Greg Long (USA), reigning world champion Makuakai Rothman (HAW) among others as they battle one another in the biggest surf on the planet. The window for the 2015/2016 season barely had time to take in a breeze before the first storm started generating.

"We're only a week into the 2015/2016 season so to be calling a Yellow Alert already is very promising," Mel continued. "Our goal this season is to run as many events as possible in the biggest surf of the year so we'll closely track this Chilean swell in the coming days. We have a great team behind us and will provide updates as they become available."

A team of experts track swell systems all over the world waiting for those that will produce waves higher than 20 feet for one of the seven world-class big wave venues.

Surfline, official forecasters for the 2015/2016 WSL BWT season are calling for: 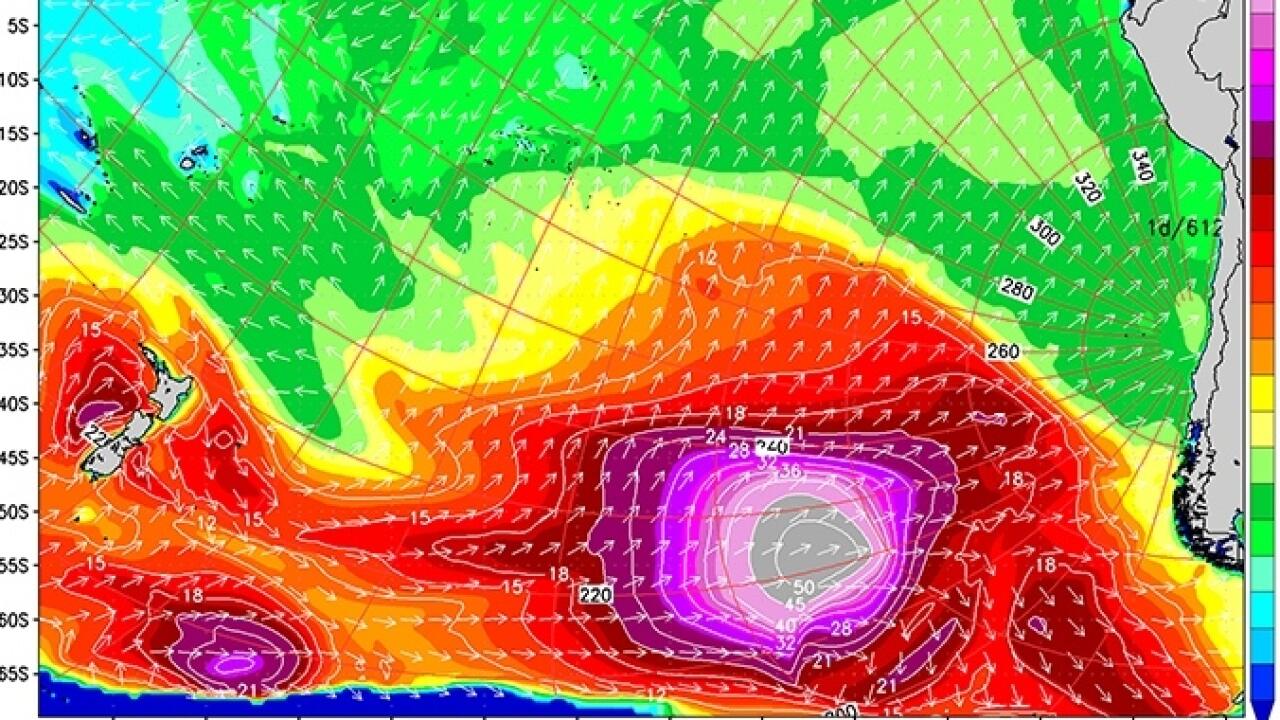 Looking at the forecast charts this storm checks off just about all of the boxes for an XXL swell: very intense, with model guidance indicating central low pressure will drop to between 928-936mb, with adjacent 1024mb high; extra large and especially wide fetch; takes an excellent track toward central Chile; and good agreement amongst our more trusted global weather models that this will be a monster storm that will generate a vast area of 40-50'++ seas within 2000 miles of Lobos.

Assuming this storm behaves as forecast model guidance indicates, we will see an XXL, long period SW swell (215-235) build in all day on Thursday the 30th, likely peak in the afternoon, and then slowly wind down on Friday the 1st. This would very easily meet the minimum standards for the event to run and could very well produce solid 20'+ swell. On paper it one of the more impressive storms/swells I have seen in a while, we just need it to come to fruition in the real world. Greg Long, a member of this year's BWT Top 12, competing in the 2011 Ceremonial. - WSL / ESCOBARPHOTO.COM

The 24-man field for the Quiksilver Ceremonial Chile will be comprised of the BWT Top 10 as well as six WSL wildcards, six event wildcards and two qualifiers from the 2014/2015 season. Should the elements align, a Green Alert call will be made by BWT commissioner Peter Mel 72 hours prior to the event start. Get immediate updates with the WSL app or check back to see if the first BWT event of the season will get underway.

Highlights from the opening event of the 2015/2016 Big Wave Tour season.

Watch the condensed heat as the last three Finalists are decided in Punta de Lobos.