Professional surfer and aerialist extraordinaire Shawn "Barney" Barron passed away at his Santa Cruz home May 5, 2015 at the age of 44 from causes that are yet to be determined. The Santa Cruz surfer known for his superhero inspired wetsuits was one of many aerial pioneers from the region including Jason "Ratboy" Collins and Darryl "Flea" Virostko. 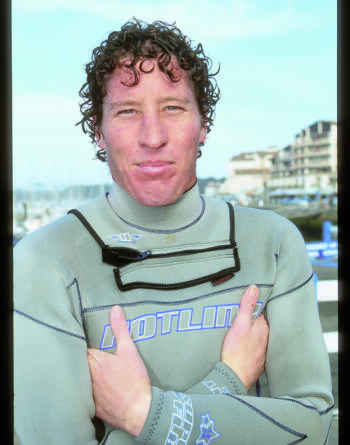 "He was an innovator. In his surfing, his art, and his personality. There's nobody I could compare him to," said WSL Big Wave Tour commissioner and longtime friend Peter Mel.

According to a local news outlet, Barron was found unconscious on the ground outside of his home in Santa Cruz, Calif. on the afternoon of May 5.

Barron's innovation and style helped pave the wave for aerial maneuvers that many of the world's elite use regularly in competition today.