Vans US Open Lookback
2:02
Watch highlights from the final day of competition at last year's Vans US Open, a day for the underdogs as Johanne Defay charged to her first CT victory and a relatively unknown surfer Hiroto Ohhara became the first Japanese competitor to win the event.

ATTITUDE: Electric. The US Open of Surfing draws thousands of people to downtown Huntington Beach and everywhere from the pier to the parking lot is standing-room only. Along with the surfing, the Open includes BMX, Skate, live music and dozens of vendors and product demos, all of which transforms the beach into one of pro surfing's greatest amphitheaters. 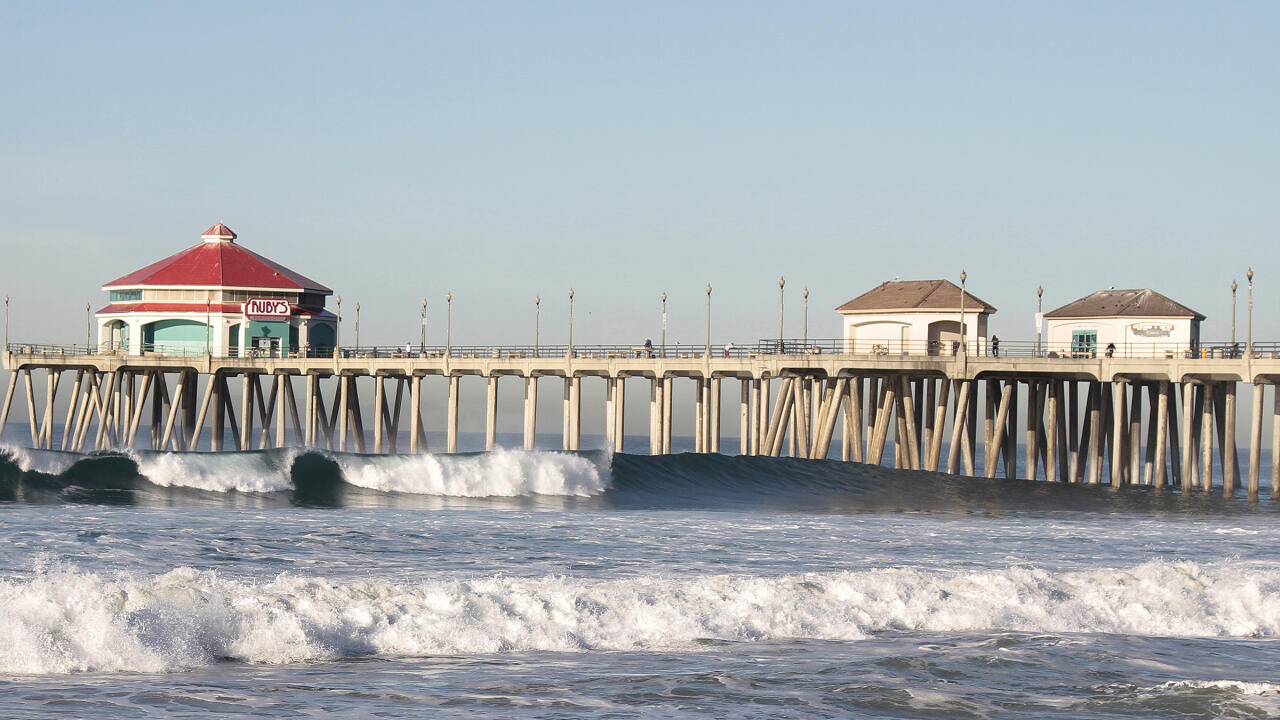 The Huntington Beach Pier, site of the peaky beachbreak for Stop No. 6. - WSL / Niltz

THE WAVE: The beachbreak south of the Huntington Beach pier can be a tricky beast. The wave offers several peaks on which to capitalize, but can start off steep on the outside and quickly back off before reforming closer to shore. The effect forces surfers to perfect the fabled Huntington Hop, an aggressive pumping maneuver to connect to the inside section. Still, the challenge is part of the fun and the fast, punchy wave can inspire progressive brilliance.

APRES SURF: Downtown Huntington Beach gives you plenty of options. After a surf, there are dozens of restaurants, pubs and coffee shops to check out as well as boutiques and surf shops stocked with everything a fan could want. Located in the backyard of "Velcro Valley," home to the headquarters of Quiksilver, Oakley, Billabong USA and Stussy and more, the annual event brings big industry parties and movie premieres. If you're feeling adventurous, Los Angeles is a 90-minute drive north. Tyler Wright will take on the rest of the Top 17 as the defending champion of the Vans US Open of Surfing. - WSL

WOMEN'S CHAMPIONSHIP TOUR HISTORY: Surf city has hosted elite women's competitions since the early '90s but has had a special spot on the Championship Tour (CT) over the past six years. The trip to Huntington Beach marks the beginning of the U.S. leg of the Tour and the second half of the season. The event was previously run as the season closer but has been pushed back in recent years to capture the summer swell off the coast of Southern California.

NOTABLE: HB has been particularly friendly to the progressive stars on Tour. Lakey Peterson is the only mainland athlete to have won the competition. Tyler Wright is also known for her more innovative maneuvers.

Johanne Defay was smiling ear to ear after winning the Vans US Open of surfing, the first CT win of her young career.

Check out his self-shaped step-up, collection of trophies, family-made art, and a tour of his home break of Narrabeen.