Highlights: A Traumatic Finale
3:00
Civil Twilight's song Holy Dove is the music backdrop for this intense ending to the 2015 J-Bay Open.

The 2015 J-Bay open made history for its harrowing finale, but there was a lot of surfing that happened along the way. Music from South African band Civil Twilight was in the background of many of the contest's biggest moments. The two songs that were used in broadcast -- "Holy Dove" and "When, When" -- are off the band's third and latest album, Story of an Immigrant. The album was unique for several reasons, including its historic release date of a Friday, a first in modern music.

Highlights: J-Bay Heats Up
2:25
Holy Dove was also the track for J-Bay's Round 2 and 3 highlights.

The album also marks a turning point for the four bandmates, who grew up in Cape Town, South Africa, but have since relocated to Nashville, Tennessee.

"This record was like getting back to our roots -- not just our musical roots, but also the spirit of freedom, and youthfulness," said lead singer Steven McKellar. "Shedding taking ourselves too seriously and learning to just have fun again, through a journey back to where we started. 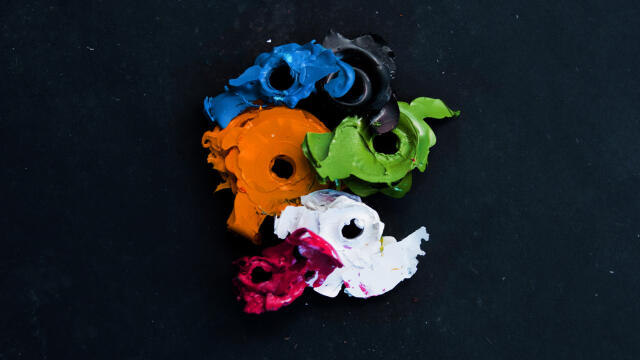 With Story of an Immigrant, the band got back to their roots. - WSL

"It was surprising what we found when we dove into that. We didn't plan it but there is a lot of South African rhythm, tonality and imagery. You grow up with a richness that becomes embedded in you."

Along with McKellar, Civil Twilight includes his brother Andrew McKellar on guitar, Richard Wouters on drums and Kevin Dailey on keys and guitar. For this latest album, the four worked with renowned producer Ben H. Allen, whose clients have included MIA and Gnarls Barkley, among others.

"We intentionally thought about breaking it down to the essential ingredients, to what we all did well," Wouters said of the band's process before recording. "On this LP you can hear our voices clearly. Everybody is saying something. And we started to embrace our early influences which were a lot of early '90s British bands -- the Verve, early U2, Blur. But also Nirvana, Peter Gabriel, Phil Collins, Paul Simon, and some South African artists like Johnny Clegg."

Highlights: J-Bay Open, Round 1
1:46
The band's track When, When was the song for the contest's opening round highlights.

Civil Twilight's songs have been featured in an impressive range of high-profile American television shows, from NUMB3RS to One Tree Hill and House to Parenthood. "I think the reason we get used in film and TV so much is because our music tends to connect emotionally with people," said Wouters. "It works well because TV is always trying to communicate something very strongly emotional.

"At the heart of it, we make music to connect. There's something about music that really is so mysterious. It speaks to a part of you that's deeper than words. It can open you up in a way that other things can't. It's about inviting people into that joy and that fellowship."

WSL commentator on what it was like being on air while the J-Bay shark encounter unfolded.