Maui and Sons: Round 2 Highlights
Declining swell makes for tricky conditions at the Maui and Sons Arica Pro Tour in Chile.

A declining swell offered waves in the 3-to-5-foot range (1-2 meters) at the 2015 WSL QS 1,500 Maui and Sons Arica Pro Tour in Chile. Despite being smaller, the waves were breaking closer to the shallow and urchin-riddled reef at El Gringo, which led to broken boards, busted fins and minor lacerations.

Local surfer Guillermo Satt showed off his knowledge at El Gringo by earning a 9.50 on an impressive tube-ride in Heat 14 of Round 2.

"I got that one good wave (9.50) right at the beginning and it left me confident for the rest of the heat," said Satt, who won the Maui and Sons Arica Pro Tour event in 2011. "Today (Thursday) the waves weren't the way I usually like them, but we've got to get on with the contest and it's the same for everyone. I'm happy I made it through to the next round and my goal is to win the event for the second time, especially since it's at home."

However, it was the lone surfer competing from the small Caribbean island of St. Bart's, Dimitri Ouvre (BLM), who had the day's highest heat score of a 16.90 total.

"I guess I was lucky and got the best wave of the heat," said Ouvre. "Getting a 9.00 at the start makes you more relaxed, so you can pick which waves you want, and that's an advantage over your opponents." 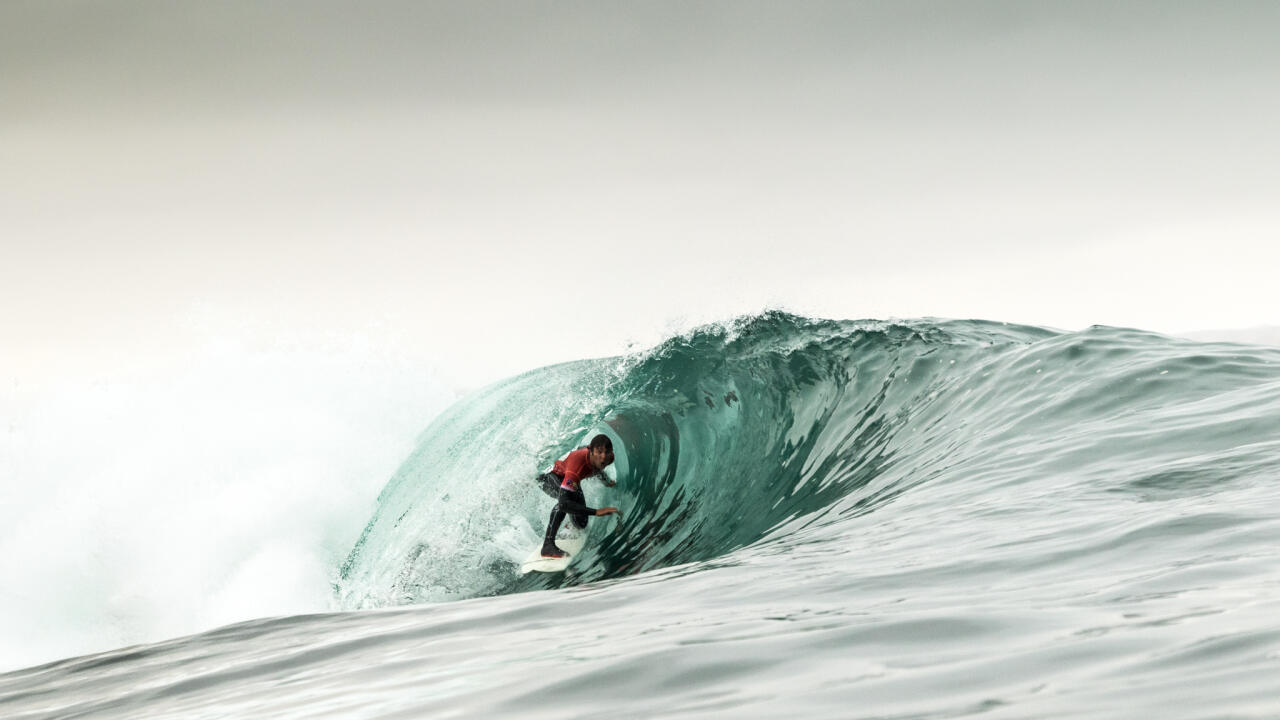 Paul Cesar Distinguin (FRA) is another talented surfer when it comes to barreling conditions and proved it by scoring a 9.10 in Heat 15 of Round 2. Distinguin did well last year at the Maui and Sons Arica Pro and is looking to improve his position on the 2015 QS rankings.

"The waves are way smaller than yesterday and when I arrived on the beach I thought that it would be tough with four guys on top of the reef without priority," said Distinguin. "So I'm just trying to get one good wave in each heat, because it's hard to get two. You see a lot of heats with guys scoring an eight and a two. So I'm happy to make it through, there are good waves and good vibes. I saw the forecast and it's looking really good for the weekend. I have my whole quiver with me, so I just hope I can still be in the contest and take advantage of the good conditions."

Travis Beckmann (HAW) has spent four years away from competitive surfing, but has been putting in plenty of time inside the barrels off of Montauk, NY. Cold water is nothing new to him, another reason for his standout performance in Chile. "It's my first time here and besides the cold, I've gotten some of the best barrels in my life these last few days," Beckmann said. "Although it's cold, it's definitely worth it."

Lucas Silveira (BRA) provided some drama at the QS 1,500 by qualifying into the next round in the dying seconds of Heat 11 in Round 2, eliminating Halley Batista (BRA) from competition.

"It was a really tough heat. The waves were small, but dangerous since they were breaking right over the reef," Silveira said. "I wasn't able to catch any tubes, but I got some good turns in. Here at El Gringo, the smaller it gets, the more dangerous the wave becomes. I got bounced over the rocks a few times but I didn't get hurt. Plus I advanced into the next round, so I'm still focusing on catching some big barrels and winning the contest."

The Maui and Sons Arica Pro Tour is broadcast live at: mauiandsons.cl/aricaprotour2015.