Along with intense battles, big performances and incredible maneuvers, the 2015 Hurley Pro at Trestles will also see a unique expression session among some of the sport's biggest icons -- and rivals. Before the contest at Trestles kicked off, a few of the legends who will be there revealed who they view as their greatest rivals and their greatest inspirations from decades-long surf careers. A legend of the surf world, Bartholomew won the World Title in 1978 -- but that is just one of his accomplishments. He went on to serve as the President of the ASP (now World Surf League), and has been involved in the sport of surfing for nearly 40 years.

WSL: Who was your biggest rival?
Rabbit: My main rival was Shaun Tomson (ZAF). We had been good friends and rivals since the Backside Pipeline days in 1974/75 and we had surfed some amazing Finals in Australia, South Africa and Hawaii.

WSL: Who inspired you the most in your career?
Rabbit: I would say the two most inspirational surfers were Shaun Tomson and Michael Ho. The way these guys surfed Sunset Beach and Pipeline, plus their tube-riding skills at Backdoor and Off the Wall, was totally inspirational. They had courage and knew when to take calculated risk.

A standout on the Championship Tour, Anderson's biggest impact on surfing was arguably his pioneering role in surfboard design. In 1980 he unveiled his three-fin design, which he called the Thruster. "With that one startling innovation," surf journalist Sam George later wrote, according to the Encyclopedia of Surfing, "Simon reshaped the surfing style of an entire generation -- and the next couple of generations to follow, for good measure."

WSL: Who was your biggest rival, and why?
SA: Mike Ho. We surfed against each other probably the most. I had many heats -- third, fourth round or Quarters -- against Mike in Australia where I mostly got the better of him but he returned the favor in Hawaii.

WSL: Out of the expression session athletes, who inspired you the most in your career?
SA: All of them, but mostly Shaun [Tomson]. His early World Champion win in 1977 and his surfing in and around the barrel particularly backside at Pipe. 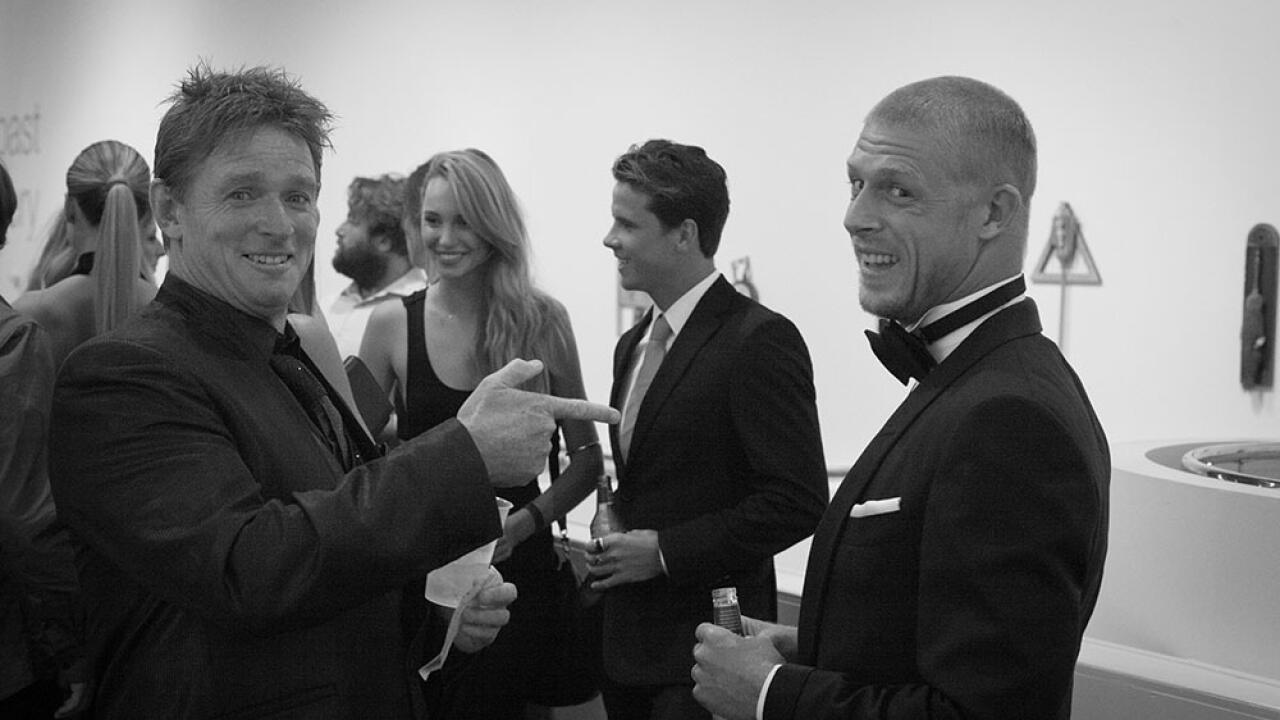 Australian pro surfer Cheyne Horan was best known for bright wetsuits, early aerial surfing, big wave charging and unconventional equipment. With a big personality and unique stance, he was a media darling. While he didn't win a Championship, he was runner-up four times.

WSL: Who was one of your biggest rivals, and why?
CH: Mark Richards -- we have a head-to-head rivalry. Contrary to belief, I actually beat M.R. 13 to 8 [in heat matchups].

WSL: Who inspired you the most in your career?
CH: Shaun Tomson with his tube riding.

Don't miss some of the sport's biggest legends battle during the Hurley Pro at Trestles and Swatch Women's Pro Sept. 9-20. You can watch the contest LIVE daily here and on the WSL App.