Highlights: Quarterfinalists Decided at Cloud 9
4:25
The second day of action at the men's QS 1,500 saw deep tubes and heavy eliminations.

The Siargao Cloud 9 Surfing Cup (located on Siargao island the Philippines) QS1,500 ran in the morning high tide, went on hold for the middle of the day low tide and resumed this afternoon again in great, 3-foot tubes. Rounds 1, 2 and 3 were completed, leaving only eight Quarterfinalists to fight for the prestigious event title.

Garut Widiarta (IND) put together one of the best heats of the event thus far, earning a near perfect 9.25 (out of a possible 10) and an 8.25. Widiarta combined long and deep tube rides with precise turns to easily win his heat and advance to the Quarterfinals alongside last year's event champion Piso Alcala (PHL) who finished second place, Kalani Ball (AUS) and Martin Tanegra (PHL) were eliminated in third and fourth positions.

"I was sitting in a good spot, it felt like the waves just came to me," Widiarta said. "That 9.25 I almost dug the nose of my board in, but I was able to pull it back up and the wave just kept going and spat me out. The drops were hard out there but if you get in the barrel quick the waves were really fun."

"It's been a great event so far with great waves," Paerata-Reid said. "Quarterfinals is a good result and I just hope that I can get a few more waves like we've had hopefully make a couple more heats." 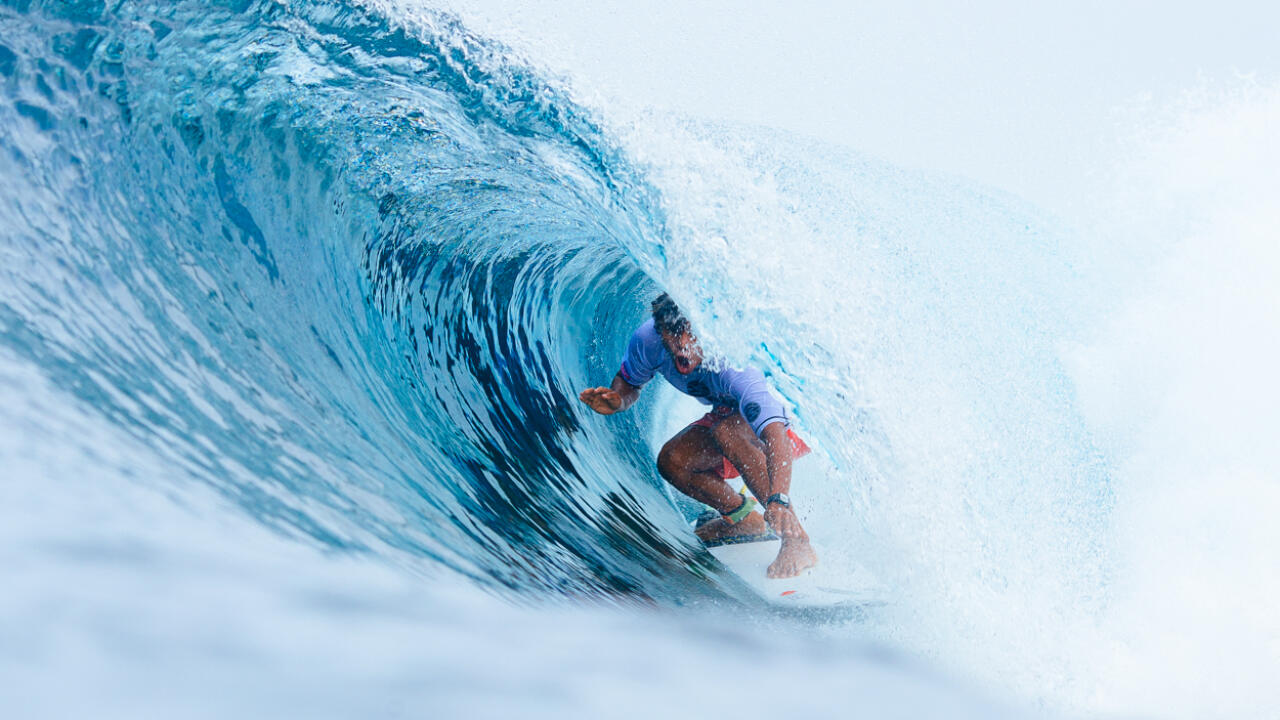 Local pair John Mark Tokong (PHL) and Peter Pal Alipayo (PHL) put on a Cloud 9 clinic, with both surfers threading long, dredging tubes to easily place 1st and 2nd in Round 3 to book Quarterfinal births. Tokong scored a perfect 10-point-ride for a long tube out the back, plus another barrel on the inside followed by three sharp turns, while Alipayo score an 9.80 for a deep, intense tube of his own.

"I feel so happy because I didn't know if I was going to make it out of that wave," Tokong said. "Cloud 9 even when it's small can produce clean barrels. I'm really happy to be in the Quarterfinals with all these professionals surfers. I'm so stoked!" Teale Vanner (SA/AUS) scored a 9.50 and 4.90 in quick succession to jump from last to 1st and was the only Australian in the event advance into the Quarterfinals. Vanner showed patience and nerves of steel, at the 15-minute mark of the heat he only had a 1.00 and 0.95. He waited and caught a solid one, locked in and completely disappeared to earn his 9.50. Kaimana Jaquias (HAW) also advanced in second position.

"I hate to say it but this is my best result of the year," Vanner said. "If you just looked at my scores you'd be wondering what I was doing at the start of the heat, but they were all barrels I just didn't make. I think I was going too deep. Then I got that big one and I knew I had to come out of it. It was heaps of fun surfing with Oney, Jackson and Kaimana out there. Looking forward to the Quarters now."

Get a taste of the surf action from the men's QS event at one of the Phillipines best breaks.

One of surfing's all-time legends sits down to talk us through the best wave he's ever sent it on at a wave he's spent a lifetime mastering.

List of streaming, social and regional tv networks that will be covering the 2023 Championship Tour