John Mark Tokong (PHL) has taken out the Siargao Cloud 9 Surfing Cup QS 1,500 over fellow Filipino Piso Alcala (PHL) in clean conditions that offered up a mix of tubes and turn sections. The day saw exciting battles through the Quarterfinals, Semifinals and the Final with six countries represented between the eight surfers.

Both local surfers were the event standouts and the packed crowd on the tower were excited to see an all Filipino Final for the second year in a row. Alcala was last year's event champion, but this year belonged to Tokong. The 19-year-old from General Luna had impeccable tube-riding skills, silky smooth rail carves and a big bad of aerial antics.

"I cannot believe that I won this event it's been my dream for a long time," Tokong said. "Piso is so good, he was champion last year and I didn't know if I could beat him and I was very nervous because he got two scores early in the heat. I didn't make a couple of barrels and I didn't know if it was going to happen to me. Then I made a barrel and the crowd went crazy, it was a feeling I will never forget. I am going to use the money to buy some land of my own and set up the rest of my life."

Alcala missed an opportunity to claim back-to-back wins at the Siargao Cloud 9 Surfing Cup, but couldn't get past a red hot Tokong. Despite an early lead by Alcala, once Tokong got past a slow start it was all over with the Final scores seeing Tokong on 17.25 to Alcala's 12.00. 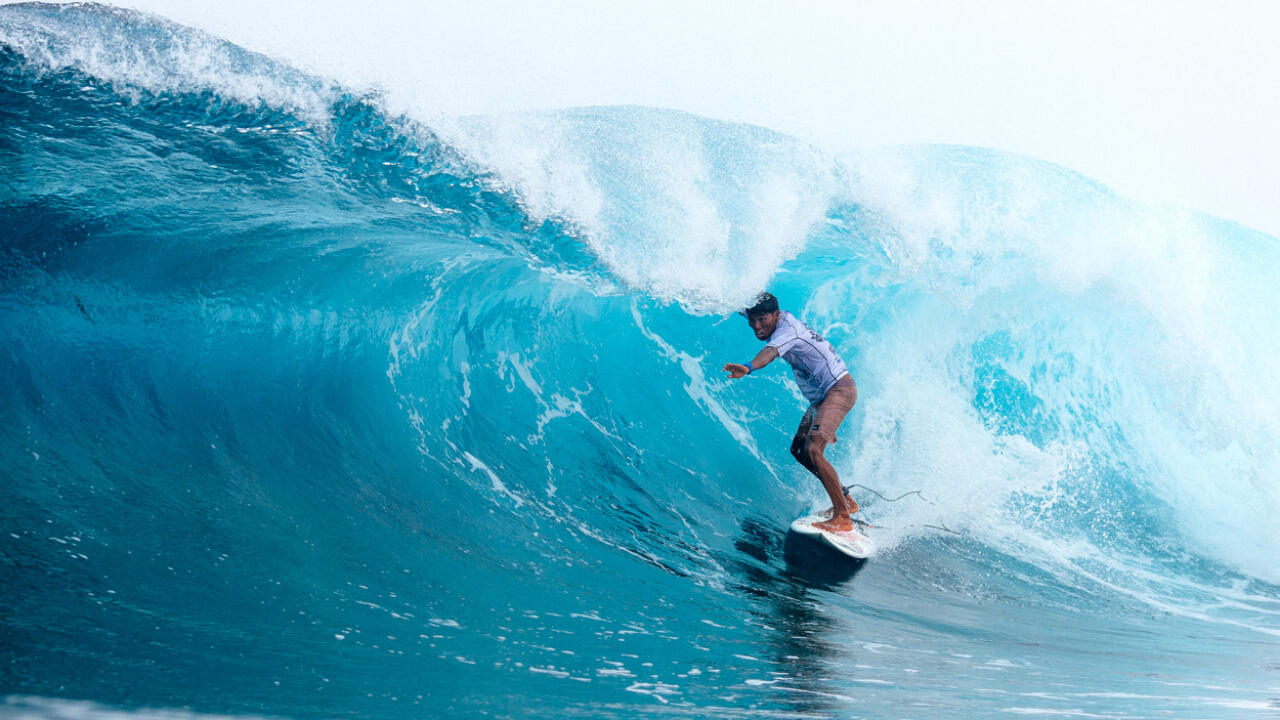 Alcala clocking a 10-point-ride in the Semifinals. - WSL / Ed Sloane

"I won last year and I really wanted to win again," Alcala said. "I am happy for my friend, he surfed really well and to have a WSL final with him was really special for me."

Teale Vanner(SA/AUS) was the highest placed Australian and will leave the Philippines with an equal 3rd place finish. Vanner was eliminated by Tokong in the Semifinals, in the dying minutes he had his chance to take the lead after pulling into a small tube, but was unable to exit as the wave collapsed on top of him.

"I'm not sure what I was expecting when I came here but a 3rd place is a really good result," Vanner said. "The local guys are awesome out there, I tried not to worry about who I was up against and just do my thing, it worked in the Quarters but not in that Semi. I'm going to Brazil in a few weeks so I'm going to go home and get ready for that, but this result defiantly gives me confidence and also makes me incited for all the new events we have in Australia next year."

Lucas Chianca(SA/AUS) (BRA) was one of the event's most exciting surfers, threading deep tubes and throwing down massive aerials, scoring excellent waves scores in each heat. In his Semifinal against Alcala he picked off the best lefthander of the event and scored a 9.15, but was still eliminated and finished the event equal 3rd place.

"This is the best event and we're in paradise so I'm very stoked," Chianca said. "I'm a little mad to not make the Final, but that's competition, you win some heats and you lose some. I just needed another left and I waited and waited and it never came."

A big day of competition saw the field cut back to just eight surfers.

Get a taste of the surf action from the men's QS event at one of the Phillipines best breaks.