This year's Target Maui Pro wildcard will be decided in a single-heat showdown directly before competition begins at Honolua Bay. Dax McGill (HAW), Brisa Hennessy (HAW), Summer Macedo (HAW) and Cayla Moore (HAW) will fight for a single spot in the Target Maui Pro draw in a winner-takes-all battle. But, before the competitors paddle out to Maui's legendary point break, let's familiarize ourselves with the surfers of the Target Maui Pro Trials.

Trailer: Title Race's Biggest Battle Heads to Target Maui Pro
1:00
A wildcard showdown will take place before the Target Maul Pro kicks off in Honolua Bay, with the winner going on to surf against the Top 17. 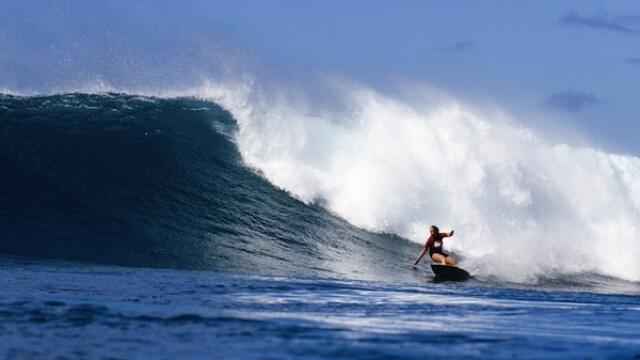 Honolua Bay may be tricky for goofyfooter Dax McGill, but she has shown that she can still be strong when surfing on her backhand. - WSL

McGill may only be 17 years old, but the North Shore local has shown she can hold her own. The goofyfooter started the year off with a bang at this year's Sunset Beach Pro Junior, winning the event in solid 6-to-8-foot surf. Her ability to tackle challenging and technical conditions is one of the reasons why she is garnering a lot of attention as one of Hawaii's emerging stars in professional surfing.

Being the younger sister of two-time World Champion Carissa Moore (HAW) hasn't stopped Cayla from making a name for herself as well. A month after graduating from Kamehameha High School, she lead the varsity team to its repeat NSSA National High School Championship title, successfully defending her individual title of the same event as well. The Oahu local is becoming a serious contributor to the Moore surfing legacy. 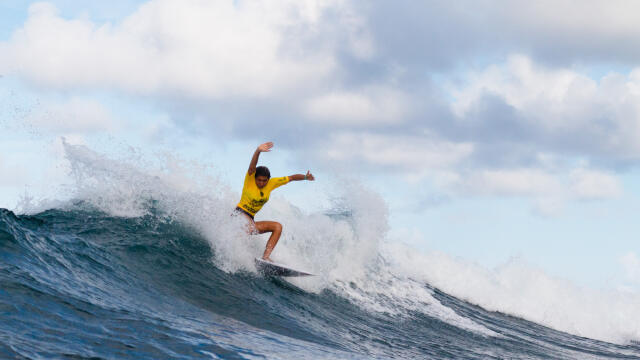 Hailing from Kailua, Oahu, Hennessy currently sits in 41st position on the women's Qualifying Series rankings. Recently, she took second overall in the Sprite Soup Bowl Pro Junior, using her impeccable style to dominate fun 2-to-3 foot Barbados surf. She got the best of fellow Target Maui Pro trials competitor McGill in the Soup Bowl Final, outscoring her 13.17 to 8.37.

The youngest of all the trials competitors, 15-year-old Macedo is already making a name for herself. The Maui regularfooter placed first at both the Vissla World Junior World Championship's U16 division in Oceanside, Calif., and the Rip Curl GromSearch Nationals U16 at Upper Trestles this year. In spite of her age, she's a force to be reckoned with.

Catch all the action of the Target Maui Pro LIVE immediately on the WSL website and [app](https://www.worldsurfleague.com/app beginning November 21.