Jamie Mitchell, Ross Clarke Jones, Nic Lamb, Andrew Cotton, and João De Macedo were among the global contingent of surfers who converged on Nazaré, Wednesday, December 23, in order to brave the big stuff.

The multi-pronged strike mission evolved into an impressive mixed-use (tow and paddle-in) session two days into the official start of winter. And as expected Portugal's heaviest wave continues to deliver the goods. With months of storm activity ahead there's a good chance this is just an appetizer. With El Niño already doing its thing in the North Pacific it's impact will also be felt with a more lively North Atlantic. The long range forecast is suggesting this year's WSL Big Wave Awards will be one of the most competitive in history. 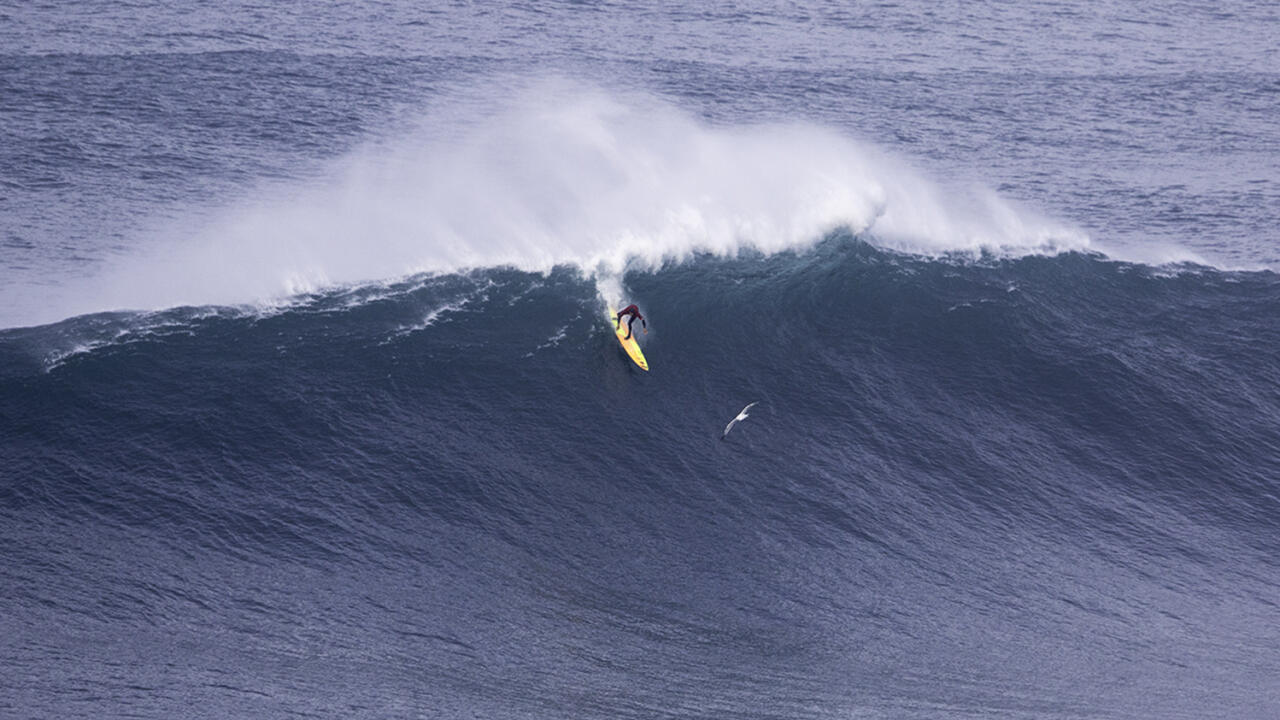 Mitchell, Jones, Lamb, and Andrew Cotton seemed to be preferring the right on Wednesday. That's likely to make things interesting as the season progresses as they push themselves deeper behind the massve A-frame. Mitchell was making his Nazaré debut. As predicted, the man who's widely considered the world's best waterman put in a damn impressive paddle-in performance. Ross Clarke Jones does his fair share of snowboarding in winter, so this Nazaré bomb was just a warm-up routine for his heel-side carves. Photo: Vitor Estrelinha/WSL Big Wave Awards - WSL / Vitor Estrelinha

Ross Clarke Jones, meanwhile, was hunting for some bombs behind a ski. At 49 years of age, the Australian charger is showing no signs of slowing. Whether the giant right he nabbed will put him in the running for the TAG Heuer Biggest Wave Award is TBD, but we're betting this isn't the last we'll hear from him or Nazaré. Nic Lamb has taken his Maverick's act on the road, and it seems to be working in Portugal. While neither he nor De Macedo rode this wave out, they both earned bonus points for the effort. Photo: Vitor Estrelinha/WSL BIG WAVE - WSL / Vitor Estrelinha

Meanwhile, Lamb, who began standing out at Maverick's as a 14-year-old grom from Santa Cruz and made the Semifinals of the recent Pe'ahi Challenge, joined the strike mission after departing from his new digs in Venice, California, where he's having a run at the acting thing.

Regardless of how that career pans out, Lamb's paddle-in credentials will keep him in the surfing world spotlight for years to come. At 20 years old, he's the youngest invitee to the Titans of Mavericks event this year. 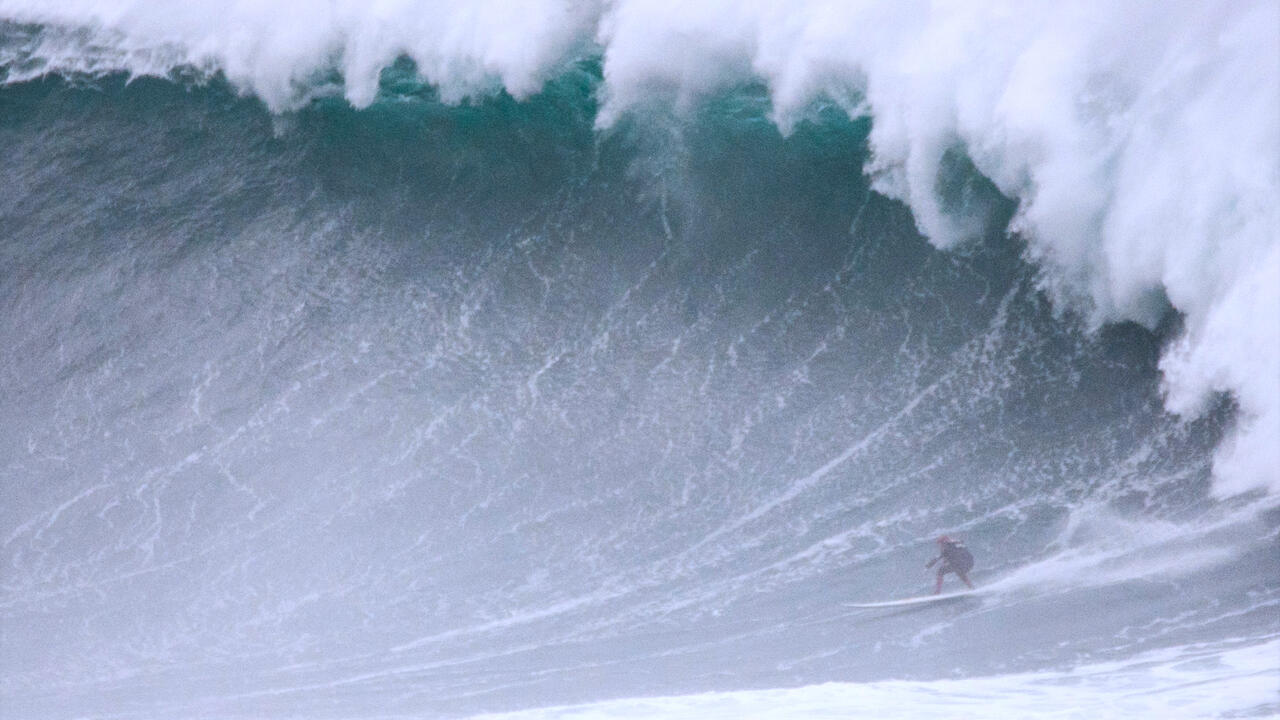 For more swell updates check out Big Wave Awards Facebook page and check out all the submissions on the BWA site.