"Baby Steve" Roberson, 7, comes from serious surfing roots. His family tree is a who's who of some Maui greats, including dearly departed legends Justin Roberson, Eric Diaz and Steve Cooney (who he was named after). 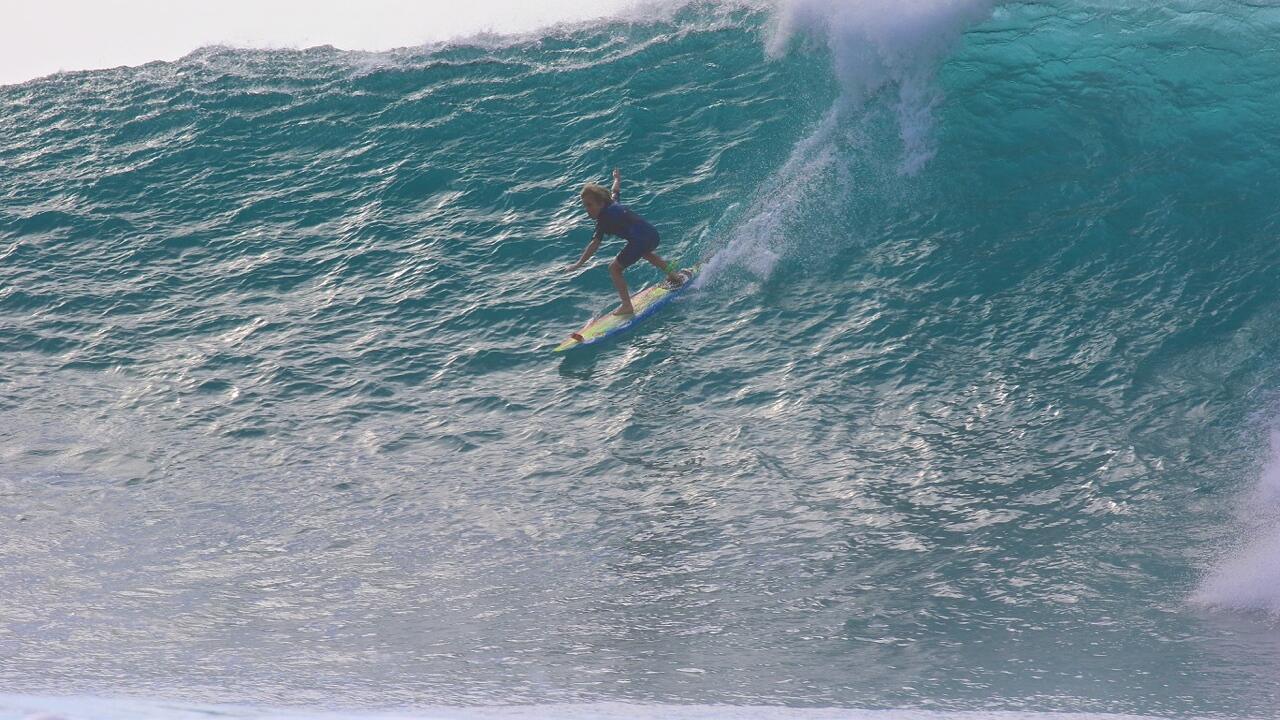 He's the youngest of three talented boys born to Kaleo and Tiare Roberson. Steve's big brothers, Eric and Justin, are 9-year-old twins. And the wild Roberson bunch has already been swarming lineups like Honolua for years. That was definitely the case during the perfect swell that hit on January 6, which was pumping at their beloved bay.

When dad brought his boys into the lineup they delivered. Kaleo lined his littlest runt up with this gorgeous green wall and shoved him in. Incredibly, the pint-sized charger showed no sign of hesitation.

The priceless part was his reaction, captured by his GoPro, which you can hear at the end of the short video above. After declaring it the biggest wave of his life, he immediately began reflecting on the drop, which he called a "free-fall from heaven."

While there's technically no category for "Menehune Madness" in the WSL Big Wave Awards, Baby Steve and the rest of the Roberson clan just may force the issue. 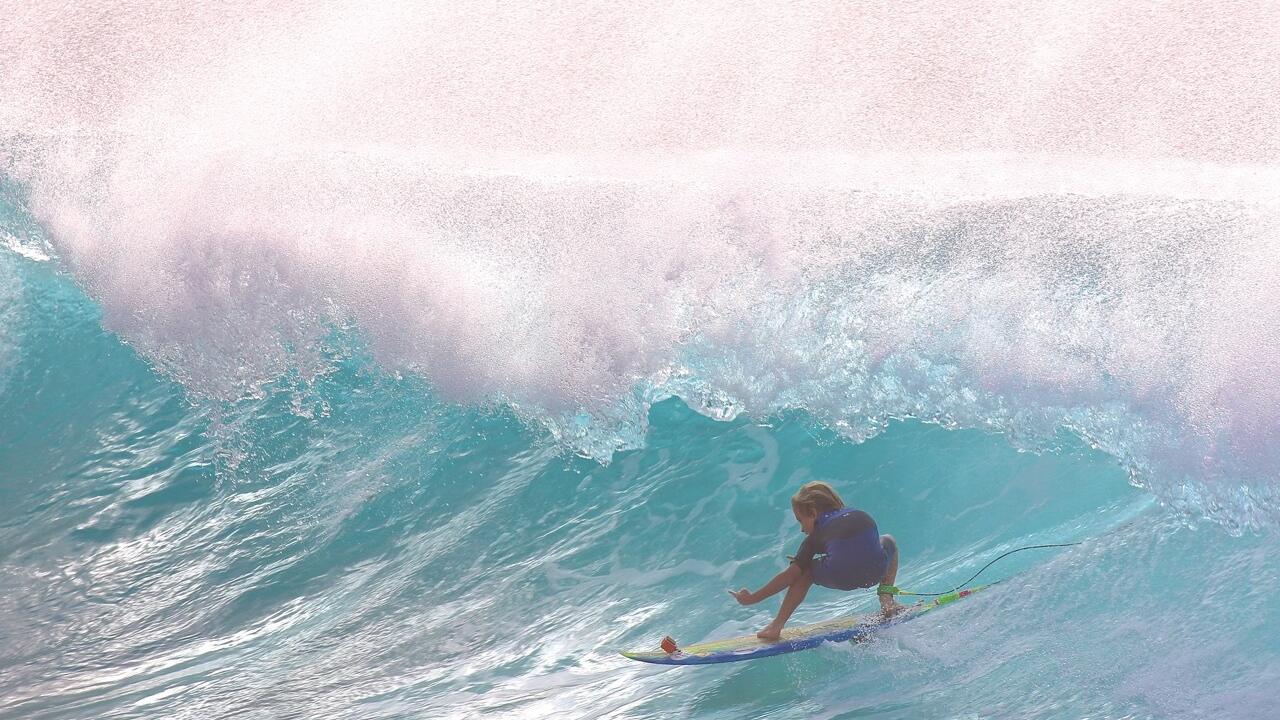