0:45
Tom Dosland (Haiku, Hawaii, USA) gets hung up above the lip and then is boosted into a space walk for the ages while still tethered to his launch craft at Jaws, Maui, Hawaii on January 27, 2015. Video by Bruno Lemos. An entry in the TAG Heuer Wipeout of the Year category of the 2016 WSL Big Wave Awards.

El Niño's storm track delivered another XXL swell to Hawaii's North Shores on Wednesday, January 27. While big waves prevented 11-time World Champion Kelly Slater and the WSL's very own Ross Williams from making it out at Waimea Bay on Oahu, several big wave chargers, including a few North Shore locals, found a little more success getting into the lineup at Jaws. Many of them were hoping for another historic Jaws session like the one that occurred on January 15. But what they got instead was a heavy dose of carnage.

Dean Morrison at Jaws
0:42
Dean Morrison makes a brave attempt, but it's too little too late for the Australian native. Video by Bruno Lemos.

The high winds and heavy surf created some of the more challenging conditions seen at Jaws this winter, producing some exciting additions to the BWA TAG Heuer Wipeout category.

Jamie O'Brien passed on Waimea to have a go at Maui's beast. His habit of making scary drops and pulling into unruly closeouts back home came in handy, as he was one of the more successful surfers of the day. 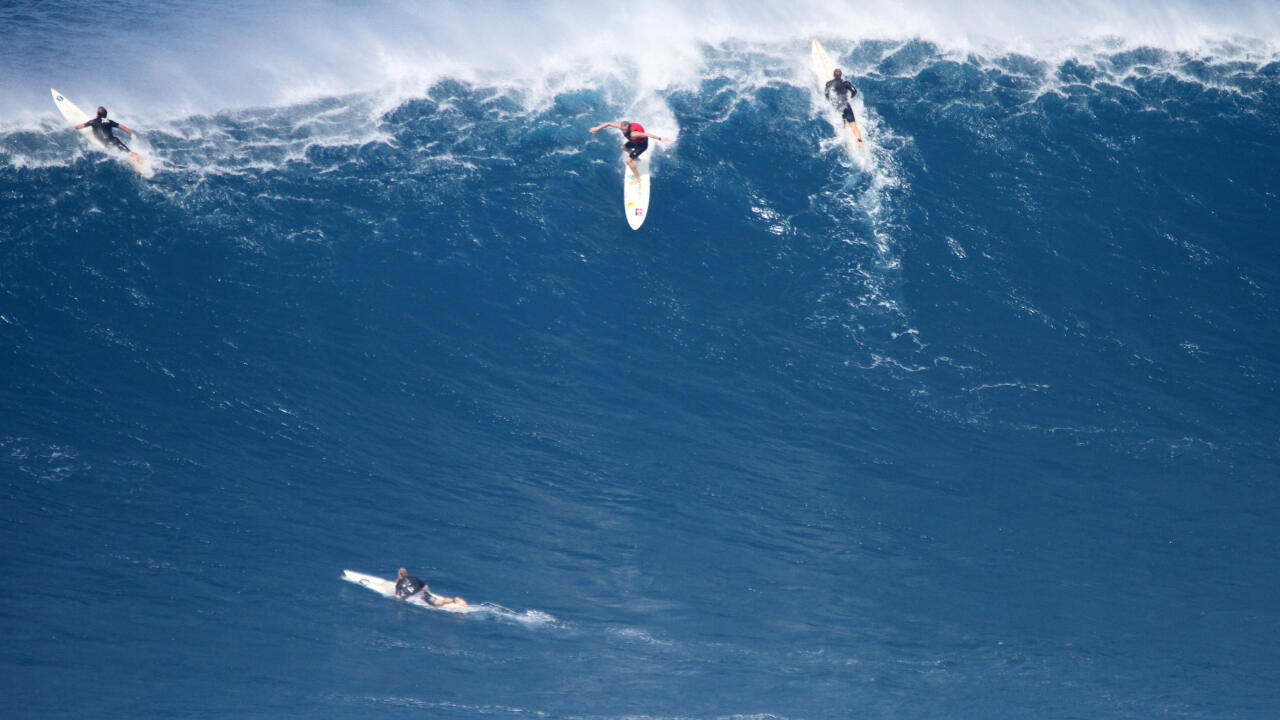