Since it was created 30 years ago, the Quiksilver in Memory of Eddie Aikau has only run eight times, making it one of the most prestigious events in surfing. But whether Thursday's potential contest is your first time watching or not, since it's been six years since the last time it ran, here's a refresher on how the event's unique format works. 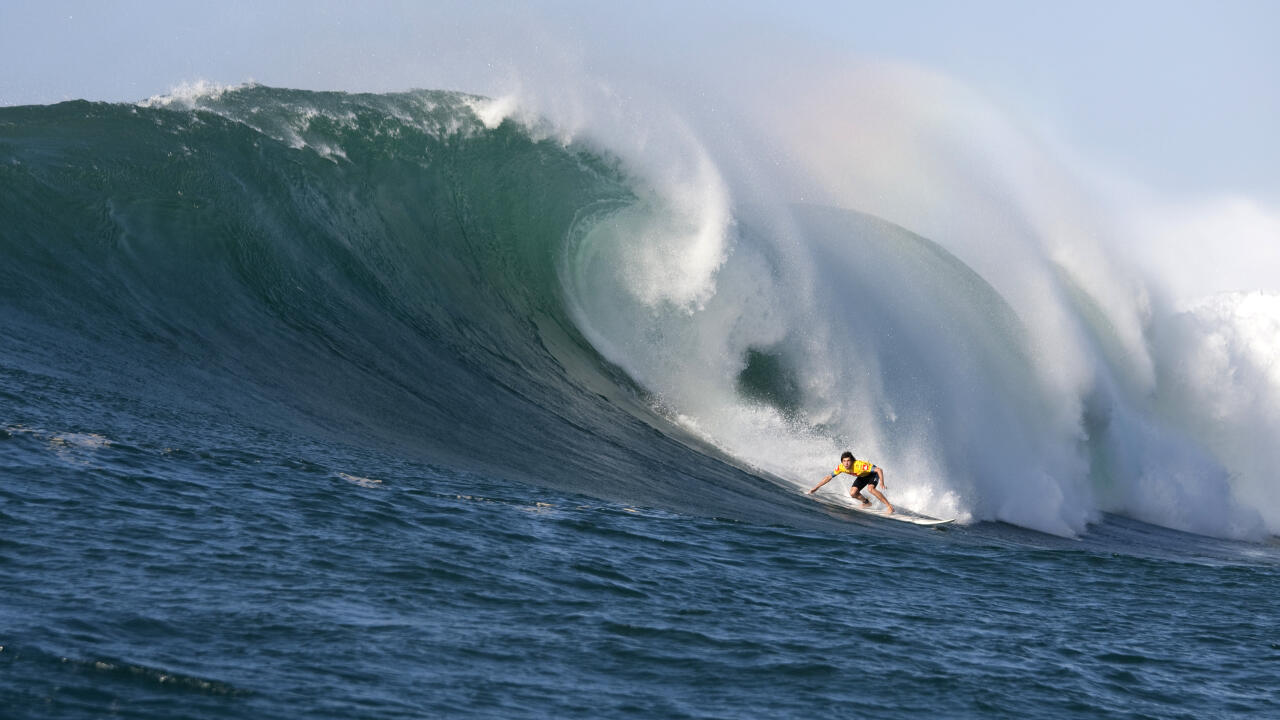 First, take everything you know about surf contest formats, put it a in a little jar and put that jar in a different room. While most surf events weed through Quarterfinals, Semifinals, and Finals, the Eddie has none of those, because in this event there is no elimination.

Instead each of the 28 surfers will surf twice, in two separate rounds, both which pit them against six other surfers in a seven-man heat. Surfers can ride up to four waves in each heat, and each of those rides will be judged on a scale of 1-100. At the conclusion each surfer's Round 2 heat their total will be comprised of their top four scores from the day. So like golf, or Olympic sports like skiing and snowboarding, there's a leaderboard that fans can check on all day long.

Take everything you know about surf contest formats, put it in a little jar, and put the jar in a different room.

To that end, every heat is essentially a Final. The event can be won at any moment if a surfer grabs enough good rides. But usually the winner is the person who had the best day.

It should also be noted that there is no interference at the Eddie, so party waves are a frequent occurrence. Those undoubtedly keep the judges busy, as they determine whose section was the biggest, whose drop was the most critical, and whose ride was best (size, risk, and control).

Finally, as we've learned while waiting for this day to arrive, Waimea has to be huge in order for the Eddie to run. Waves need to measure 20 feet "Hawaiian", which, in any other locale, would be called 50 (don't ask why...it just is).

And as of press time, that's exactly what forecasters are calling for on Wednesday, but should that change organizers at the Eddie reserve the right to call audibles once the event is on. For example, if it looks like the swell is dropping fast they may only run one round, and one round only. Decisions like that are usually made early, so stay tuned to the morning show, which should start at 9:30 am PST.

For the best viewing experience on your mobile phone, watch all the action LIVE on the WSL app, and if you're near your computer tune in to the worldsurfleague.com homepage. Invitees and alternates were announced Wednesday, as surfers hustle over to the North Shore of Oahu for the prestigious event. - WSL

- WSL
Saturday, November 26, 2022
Rankings Update: Which Surfers Are Going To Lock Up Qualification At The Haleiwa Challenger