If you've ever fretted over Fantasy Surfing picks you're hardly alone. Players can spend hours vetting picks and making predictions. But when it comes to research, no player on the planet has compiled more of it than Michael Jordan. No, not the former hoop player. This M.J. doesn't do underwear ads, and he can't slam dunk. He's a surfer from Long Island, New York. Yes, Mick Fanning has a lengthy set of data to be mined from his performances at Snapper, but forward looking projections lean heavy on the last three years. - WSL / Kelly Cestari

Jordan and his buddies grew up as hardcore fantasy sports geeks. Then in 2011, the world's best surfers invaded his backyard break of Long Beach for the Quiksilver Pro New York. Excited by this prospect, he and his buddies quickly created their own game to make their live fan experience more interesting. 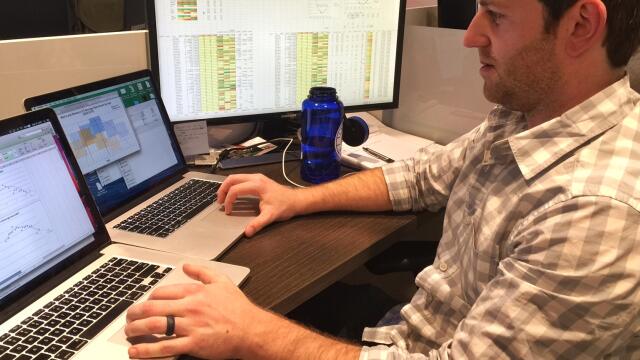 Since then, Jordan has been compiling more data on surfers than any human alive. Last week, after gathering the most up-to-date stats on this year's rookie class, Jordan ran his initial forecast for this year's first Championship Tour stop, the Quiksilver Pro Gold Coast. Using a simulation model he designed, he essentially held the event 5,000 separate times, incorporating the entire range of relevant data points he's collected on each surfer, including how they perform in different break types, locations, wave heights, even wind and weather conditions. It's complicated, but it's cool.

That brand of fanaticism is one reason why the WSL recently hired Jordan to run point on the WSL Fantasy Surfing platform. In 2016, he'll be writing regularly about what the data is telling him, as well as working to enhance the relevant surfer data available for those of you playing the game. We nabbed our newest recruit to give you a glimpse of what he's up to. WSL: So how comprehensive is the database these days?
Jordan: I went back and manually entered scores and conditions for the men's and women's Tours back to 1976, accounting for every location and weather variable for every round. Wave height, wind direction, onshore, offshore, sunny, rainy -- literally any information that was available. If the weather information wasn't available, I went back and searched through weather archives to find the information for that day to enter it into the database. It's extremely comprehensive and has taken five years. But I don't use all of that data for the projections, mostly just reference; it's something I thought the world of surfing needed.

WSL: Why run your simulation model 5,000 times? What's wrong with just once?
Jordan: To get a more comprehensive look, and include random factors like upsets and wildcards, we want more than just a surfer's average. We want to randomly sample scores from a scoring range based on that average. So we run the event simulation 5,000 times to allow for that, and we think that's a clearer picture. 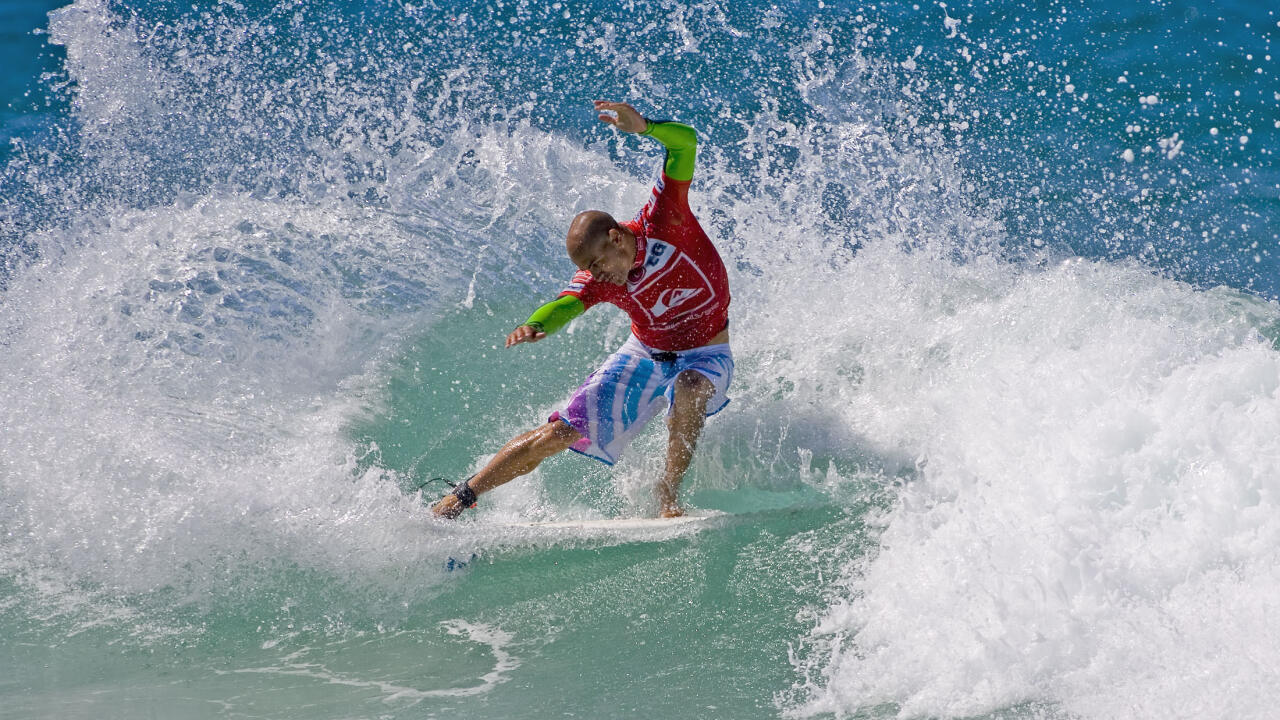 Kelly Slater has defied gravity and math for years. In 2008, his winning percentage started rising after he jumped on new equipment at the Quiksilver Pro Gold Coast. Photo: WSL/Robbo - WSL / ASP / Robertson

WSL: How do projections work?
Jordan: So what the projections do is essentially take away all of the conditions for the surfers. It puts them in a vacuum and says, "This is how a surfer will perform without any natural variables."

WSL: What's an example of a revelation that's surprised you in your data mining?
Jordan: I guess a good example would be that smaller wave heights actually increase overall scores -- that could be from better performance, scaled judging criteria or a combination of the two, but regardless of what the reason it's consistent. There's an inverse relationship between wave height and average score. So average scores at Snapper or Lower Trestles tend to be higher than they are at Teahupo'o or Pipeline. Average heat scores tend to be higher in smaller conditions. This was certainly true for Mick Fanning, who scored at least one nine-point ride in each heat from the Quarterfinals on during his victory march to the top of the podium at the 2015 Hurley Pro at Trestles. - WSL / Sean Rowland

WSL: So how will player experience be enhanced this year?
Jordan: It'll be small changes to start, like adding projected points for each event to the athlete profiles and projected average heat scores. You'll also be able to see a more accurate picture of their history at that event, if there is one. Then, hopefully by Tahiti, Fantasy players themselves will have their own profiles with a display of their Fantasy Surfing achievements.

WSL: To be clear, how much weight should players put on any modeled projections?
Jordan: That's the thing about surfing, right? Anything can happen. It's unscripted, even more so than other sports because of nature. Ultimately that's a personal decision each player is going to have to make. The model has been incredibly accurate in instances, and way off in others. But what Fantasy Surfing players should know is the trailing data we've compiled, and will be compiling and sharing as the year goes on, is extremely accurate. They can extrapolate whatever they want out of it and use it to their advantage. For what it's worth, Jordan's models are predicting good things for Gabriel Medina on the Gold Coast. Photo: WSL/Sherman - WSL / Sherman

WSL: Okay spill it. Who won your simulation of the Gold Coast?
Jordan: Based on the modeling, Medina.

WSL: Interesting...Welcome to the team, Michael.
Jordan: Thrilled to be here.

Have a fantasy-related question for Michael? Send it to fantasy@worldsurfleague.com