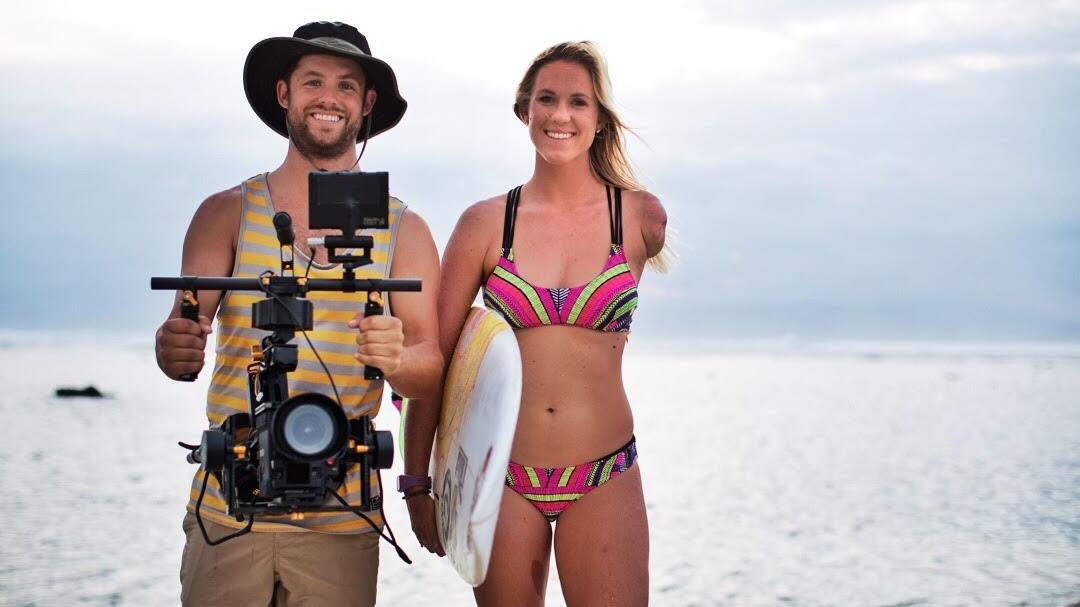 Aaron Lieber's next project will feature Kauai surfer Bethany Hamilton, who he called the most driven person he's ever met. - WSL

From bro-ing down on boat trips to gratuitous close-ups of ladies' derrieres, there are a handful of elements that are practically requirements for the modern surf film. But Aaron Lieber is the latest director to help change all that -- or at least, some of it. The 30-year-old Californian is taking the classic genre and putting a woman (or six) front and center.

His first foray into women-focused surf films was as a shooter and editor on Nike's 2011 surf movie, Leave a Message. Directed by Jason Kenworthy, that film was groundbreaking at the time, picking up where directors like Bill Ballard and Sonny Miller left off and showcasing the surfing's new generation of powerful, progressive female surfers. It featured a handful of then-up-and-coming young women -- reigning World Champion Carissa Moore, her fellow Championship Tour (CT) surfers Coco Ho, Lakey Peterson, Laura Enever and Malia Manuel, plus freesurfer Monyca Byrne-Wickey. The film was unprecedented at the time, both because of its all-female lineup and their pioneering approach to surfing, pulling off maneuvers that had been largely in the domain of their male counterparts. Capturing the rise of Lakey Peterson in Zero to 100 was one of Lieber's most rewarding projects. - WSL / Kelly Cestari

The film proved to be Lieber's professional jumping-off point, kickstarting a career that's quickly being built on female-driven surf films, among other projects. Recently, he stopped by the WSL headquarters to discuss why he's focused on women's surfing, the powerful women behind his success, and what's distinct about making a women's surf film (hint: hugs vs. high-fives).

Trailer: Leave a Message
1:26
At the time, Nike 6.0's film was among the first platforms for women's progressive surfing.

Seeing Carissa doing what she was doing I thought, how does nobody know about this?

Then you look at the male side of things, and John John Florence has his movie. Jordy Smith has his signature movie. Taj Burrow. Mick Fanning. Kelly Slater. They all had signature movies. But on the women's side it hadn't been done. This was an opportunity to do what we did with Leave a Message, but tell a story as well as have the surf. The opportunity to get to Netflix and bigger audiences was there. I didn't know how we were going to get there, but it was jumping in the deep end and swim out.

Seeing Carissa doing what she was doing I thought, how does nobody know about this? So that's where it all started. Carissa Moore will always be one of Lieber's favorite muses. - WSL / Poullenot/Aquashot 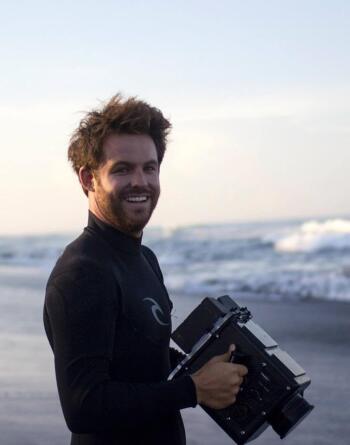 Aaron Lieber's advice to would-be filmmakers is to 'Get out there and get your hands dirty.' - WSL

But beyond that, female surfing is different. Guys are doing 10-foot airs and girls are working on pushing their surfing, that pushes it more to what's the story? What's interesting? Girls tend to be more well-spoken and have something to say at a younger age. So Lakey at 17 years old, she had something to say. She had a been a tomboy up until about a year and half before that.

Trailer: Zero to 100
2:04
Lieber's film about Lakey Peterson was his first feature, and his first solo project on a female surfer.

There were interesting dynamics of what was going on in her life with that and she was willing to share that. Maybe the girls are ready and more confident at younger ages. Whereas sometimes guys at a younger age are often afraid of their masculinity being pulled away from them.

AD: Why haven't there been more female-driven surf films?
AL: Well, right after Zero to 100 Laura [Enever ] did a mini-series, Alana [Blanchard] did a mini-series, Steph Gilmore had a film come out. [Filmmaker] Sonny Miller did a bunch of stuff with Roxy. There have been people before me, but not necessarily the way that I choose to do it. Ultimately it's not me, it's the talent. It's the girls that are doing it, and their willingness to want to do it. I don't want to take credit. I would say, I was in the right place at the right time, saw the opportunity, connected with the athletes. It's a collaborative effort.

1:01
Lieber was with Hamilton in January when she scored this beast of a wave. Her training for the heavy surf will be part of Lieber's upcoming film about her.

AD: What's different now, though? Is there more of an appetite to see female-driven content, or is that there are more women are in sports?
AL: Both. I'm not going to say I'm a guru, but the evolution of the last 50 years, it's the evolution of women moving into sports. It's not one thing. Coco Ho may not have any World Titles (yet), but she's been at the forefront of women's performance for years. - WSL / Poullenot/Aquashot

For example, my grandma's big in politics. She ran for governor of Arizona, her good friend is [a prominent government official]. My mom was Vice President of a big company, she's really outgoing, so that was always in my life. I've grown up with a lot of powerful women in my life. But as far as what's caused it, I think it's the fact that it would be stagnant to stay the same, and the economics of the business.

The objectification of women I don't think is going to disappear overnight, or completely. But we can give young girls something positive to look up to.

AD: So, natural outgrowths of circumstance.
AL: The sexuality and objectification of women I don't think is going to disappear overnight, or completely disappear. But I think we can give young girls something positive to look up to -- and guys. I've heard stories of so many little boys who were super-psyched on Lakey's film, which I didn't anticipate. If you're hitting both the audiences of eight-year-olds and 10-year-olds who are watching a woman's story, I think you can change perspectives at a young age, and the way they view the world. Because by the time you're our age, you're kind of molded. You have to reach that next generation. That's my hope. To tell these stories and influence the next generation of surfers and inspire them to continue on that path. AD: There are probably a lot of people who dream of becoming surf filmmakers and doing what you do. How do you do it?
I started as an intern [at Transworld Surf] and worked my way up from there. If you want to do it, you have to go make something. There's an opportunity to make surf films if you have relationships with surfers. And the only way you can do that is to get your hands dirty and get out there. Or have a giant budget. If you have neither -- these athletes are putting their story and what they do in your hands. If they don't feel comfortable, that's their brand. It's a tricky one. I mean, I'm from Fallbrook, I'm not from a surf community. I'm just really passionate about doing what I do and I've worked 10 years to get to this point, so if I can do it for another 10 -- every day I still doubt myself. And I think that's what drives you to keep going.

If you look at every project like you have something to prove and it's your first, you're pulling that passion out of yourself and don't get lazy.

You have to stay super-passionate. It's a moving target. It's not happening in a studio, it's not a script. It's a real person's life with real emotions, real things happen -- cameras breaking, boards breaking, people getting pregnant. Things change, so [it's all about] staying flexible, staying excited and letting that higher power direct you.