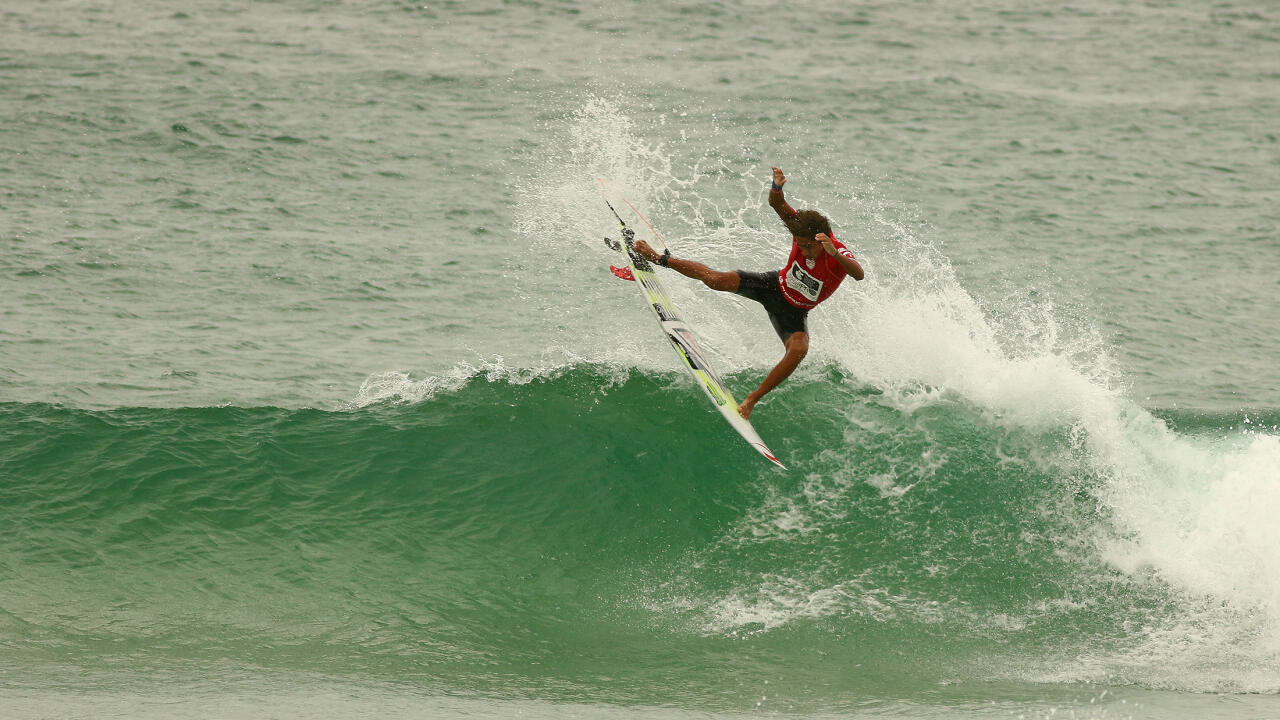 Samuel already has a solid result under his belt, finishing third at the Telstra Stores Tweed Coast Pro in February. - WSL

It's rough making a name for yourself in a surf family. Just as either Hobgood or any Ho. But Samuel Pupo, brother of Championship Tour (CT) surfer Miguel Pupo, seems to be handling it just fine. When he lit up Bali on a surf trip last year, he put the world on notice: If you like Miguel's acrobatics have no fear... there's more where that came from.

"I feel like I'm so lucky to have my dad and my brother," Samuel said. "I grew up watching them surfing and I think since I was five years old I already had a dream to be on Tour against the best surfers in the world... and of course a heat against my brother."

Samuel's inspiration may come from the other competitors in his family but his style is all his own.

That kind of dynamic surfing is getting Samuel recognition and results. Last year, Sam won entry into the QS10,000 in Sao Paulo -- an event his brother won -- and made the finals of the junior event in Peru and won the Rip Curl Grom Search at Maresias. He's starting strong in 2016 with a third-place finish at the Tweed Coast Pro.

"This is my third time in Australia and I really love this place," Samuel said. "I arrived in Australia a week before the contest started and that was enough to try my new boards and get ready mentally for my first year on Qualifying Series (full time)." Samuel says he doesn't have a non-competition board, coming into the season literally giving it everything he's got. At a freesurf session off the coast of Australia, an onlooker came up to Samuel and said, "You have the best style and I haven't seen someone surfing like that in ages! Hopefully you'll be on Tour soon."

Not many doubt that we won't.