"I was in a dark place," says Jordy Smith, recalling his state of mind last summer. "I'd been doing hardcore rehab therapy 6-to-8 hours every day, working my butt off, but I wasn't seeing any results. It was the first time I really started to look at avenues besides surfing." 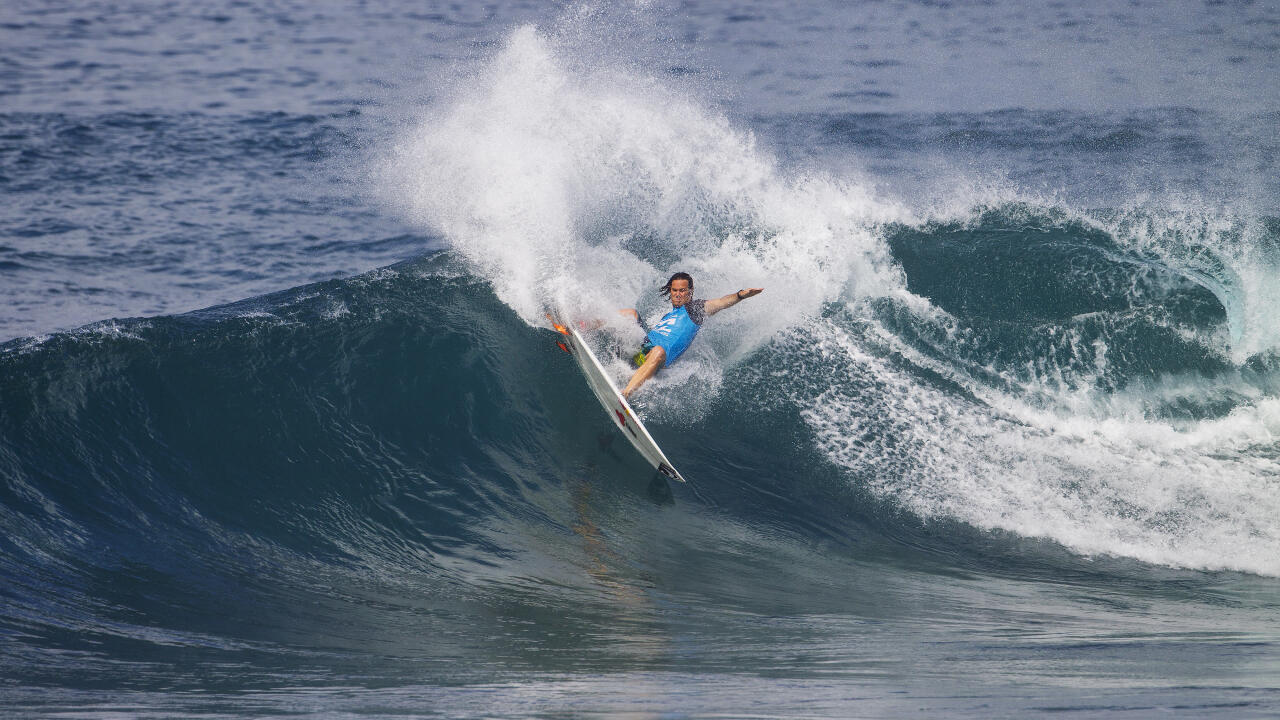 Jordy Smith is refreshed and ready for 2016. - WSL / Kirstin Scholtz

The anguish was a far cry from the buzz he'd felt in early 2015. Smith, who's been hobbled by injuries before, was feeling strong heading into 2015 after a few lackluster years on tour. In Western Australia, during a warmup session, he surfed what some have called one of the best waves ever ridden, period. He stuck the biggest aerial of his life right after emerging from a huge North Point barrel.

"I was so excited," he says. But by the time the clip was blowing up the internet, Jordy was already dealt a setback. "I cut my heel open during the very next session."

The laceration was only the beginning. Unbeknownst to Smith he'd also damaged his knee, which hobbled him in Brazil, then forced him out of Fiji. Fortunately Smith was able to sneak in a few tubes before his injury in Western Australia last year. - WSL

Naturally, he was frothing to get healthy for J-Bay, where he's captured two of his four career CT victories. "But in my haste to get back I ended up injuring my back."

Dantes, Smith, and Pupo battle in Round One
13:10
Jordy Smith clashes with goofyfooters Wiggolly Dantas and Miguel Pupo in the Round 1 recap at the Quiksilver Pro Gold Coast.

Nevertheless, he attempted to surf in J-Bay, but Smith was a shell of himself, and finished 25th. "It was bad. Backs are the worst. So after that I was done for the year."

In his darkest hours, when the rehabilitation wasn't working, that's when he began thinking about his life after surfing. He entertained a few different options, entertaining new paths more than he ever had. He reconnected with friends and family members who spend their days grinding behind desks. And he and his wife took trips to London and New York to do nothing but look around. Acrobatically, Smith can hold his own against the world's best pilots. - WSL / Smorigo

"That was one of the biggest eye openers for me," says Jordy. "To just see the city vibing, and the sea of humanity there. I'd never been, not even during the event in 2012 because I was hurt." Wandering the streets, he relished being a complete stranger, gained a ton of perspective on life, and was slowly reawakened to his fortune.

"We're so lucky to be surfers," says Jordy. "It's easy to forget sometimes. Greg Emslie [former CT star from South Africa] said something to me a few weeks ago that really hit home. He told me win, lose, draw you just need to enjoy it, because every time he thinks back to the tour he has all these memories, and world titles or not, those are things I'm going to remember fondly."

His wife also played a big role. "She's taught me how to work smarter and not harder," Smith says. "And being married is something that forces you to be more mature with your decisions."

The couple also finally got to move into their new San Clemente home after spending more than a year living in South Africa during its renovations.

"South Africa will always be home, but I love San Clemente. Everyone has been super welcoming. The waves are good. And best of all it's a single flight to almost everywhere on tour. As much as I love South Africa, traveling from there is a total nightmare because everything is so far. Your body aches and you arrive looking like Quasimodo." Jordy Smith is always one to watch at J-Bay, where he's been surfing since the age of 12. - WSL / Kirstin Scholtz

On that note, Smith being 6'3" and just over 200-pounds, his physique is something he knows he needs to take care of. "The surfing we're doing today is much harder on our bodies, so guys like myself just have to be extra careful."

As for the title race, Smith is very open: "Everyone on tour wants one," he says. "I'm no different. But as cliche as it sounds you really do have to take it one event at a time."

At this point, Smith doesn't subscribe to any urgency, especially since he feels he's got plenty left in the tank after his recent ordeal. "Honestly, I can see myself doing this until I'm 40, no problem."

- WSL
Tuesday, March 23, 2021
Jordy Smith On The Obsessive Pursuit Of A World Title And Surviving The Pro Surfing Hype Machine