Andrea Moller, photographed here by Bruno Lemos, took on Jaws more than a few times over the last year to land herself a win in the Women's Best Performance category. - WSL / Bruno Lemos

Andrea Moller stood out among the women's big-wave community for her performances in Hawaii, earning her first win for the award in 2016.

0:56
Andrea Moller's efforts during the historic El Niño season earned her a nomination into the elite women's category. 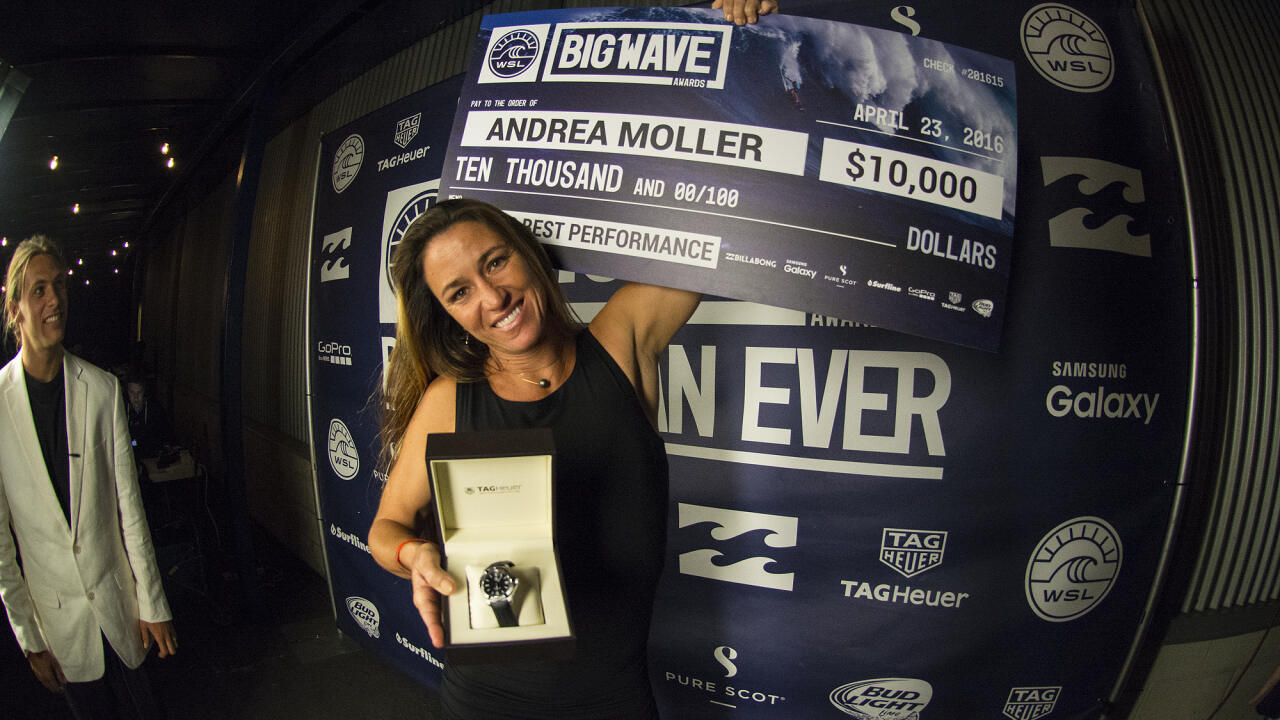 Andrea Moller injured herself at the end of the big wave season, but put on performances until then that won her the women's performance award, and a TAG Heuer watch. - WSL