"It was an honor to have carried the Olympic torch," he wrote on Instagram. "It was one of the greatest feelings I've ever had, a moment that will stay in my memory forever." 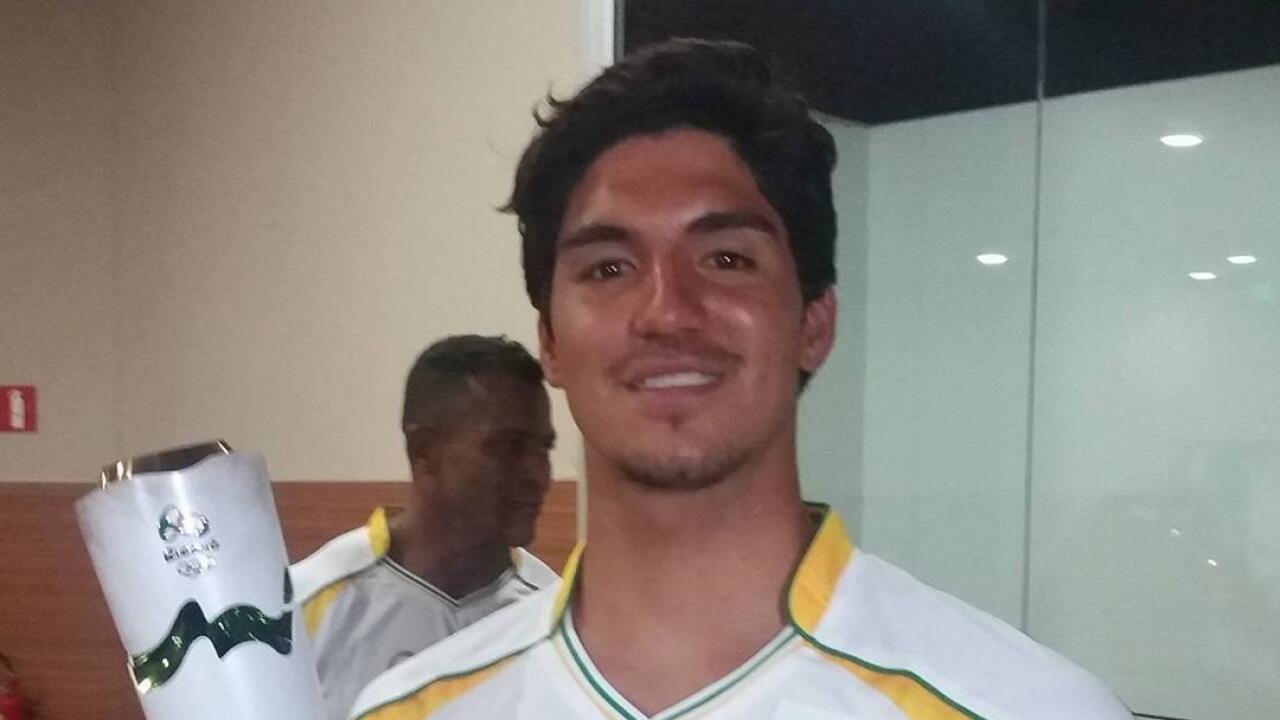 Medina with his Olympic torch, the newest edition for his trophy room. - WSL

The torch relay started at Brazil's capital city, Brasília, and Medina was one of the first to carry it. Over the next 95 days, it will pass through 300 cities and all 27 states on its way to Rio. The tradition is as old as the Olympics itself and torchbearers have ranged from participating athletes to local heroes.

Medina was in good company on opening day. He was joined by two-time Olympic champion Paula Pequeno, Adriana Araújo, the only Brazilian woman to have won an Olympic medal in boxing, and Artur Ávila Cordeiro de Melo, the first Latin American to win a Fields Medal, which is known as the Nobel Prize of mathematics. At the end of his run, Medina passed the flame to two-time Olympic champion Paula Pequeno. Photo: Reuters - WSL

Medina is on his way to Rio de Janeiro as well, for the upcoming Oi Rio Pro -- although he will be there much soone than the torch. The current World No. 18 hopes to gain some ground on the rankings at the Rio Pro, which kicks off May 10.