0:53
The best conditions of the event so far saw perfect pits and solid scores In what has been the best morning of conditions so far at the Komune Bali Pro presented by The Mad Hueys, some of surfing's biggest names have been served with perfect, four-to-six foot barrels at the perfect right-hander of Keramas. The top seeds prevailed as we are now left with eight competitors to duke it out on the Finals day.

After taking out the only Championship Tour event to be held at Keramas in 2013 former World Champion Joel Parkinson (AUS) could argue ultimate bragging rights at this contest. His path to the Quarterfinals wasn't that easy though with a pack of hungry Qualifying Series (QS) competitors breathing down his neck. Parkinson found himself needing a score with only a few minutes left to progress. In the final minute Parkinson found a medium size wave that he went to town on, milking it to the shore and was rewarded a 6.90 (out of a possible 10) and progresses to the Quarterfinals along with Jackson Baker (AUS). "Conditions this morning have been amazing," Parkinson said. "That was such a close heat I wasn't even sure that I had progressed at the end, let alone won the heat. I'm stoked we'll be into man-on-man heats tomorrow which will just mean more waves for the competitors. I'm definitely here to win, not because I love to win but because losing means not surfing Keramas with no one out."

Last year's Komune Bali Pro winner and CT veteran Taj Burrow (AUS) was looking on point in both of his heats today. In his first heat, Burrow found a bomb and pulled in for the biggest tube ride of the event so far, he was rewarded with perfect 10-point-ride, the second of the event. He then made light work of his Round 4 heat scoring a heat total of 14.50. In second was Californian Taylor Clarke who will surf in the Quarterfinals along with Burrow. 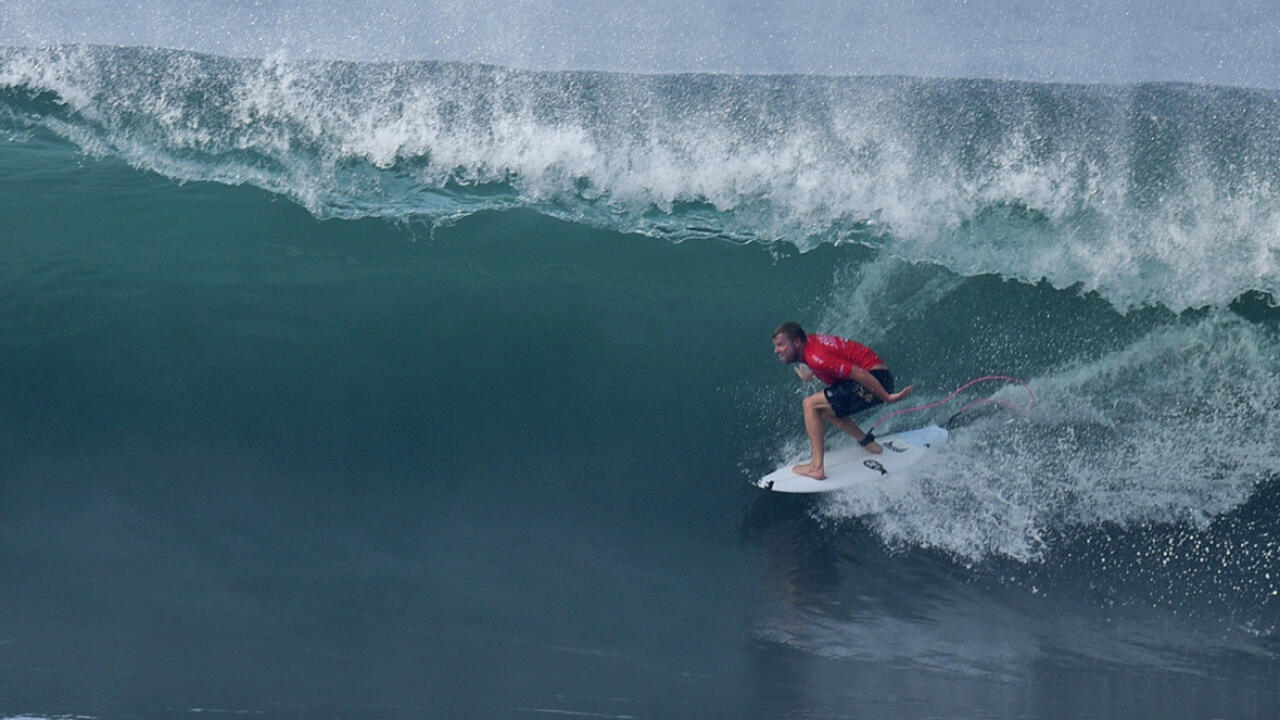 Taj Burrow pulling in to a monster at Keramas - WSL / Bennett

"That wave this morning was incredible," Burrow said. "I was in the perfect spot and as soon as I got in I knew it was going to be big and round, then it just spat me out, it felt amazing. I'm stoked to get into the man-on-man but in saying that, the four-man priority is really good, everyone still gets waves. Tomorrow is looking good so I cant wait to get back out there."

With the on-shore winds beginning to moderate in Heat 2 of Round 4, Sheldon Simkus (AUS) and his rivals were looking for turns to make their scores. This was until Simkus, swung on a medium wave that opened up for him and funnelled all the way down the reef. He was scored an excellent 8.33 that went to his heat total of 15.56 (out of a possible 20) Simkus took the win and continues to the Quarterfinals for his second year running with fellow Australian Shane Holmes (AUS). 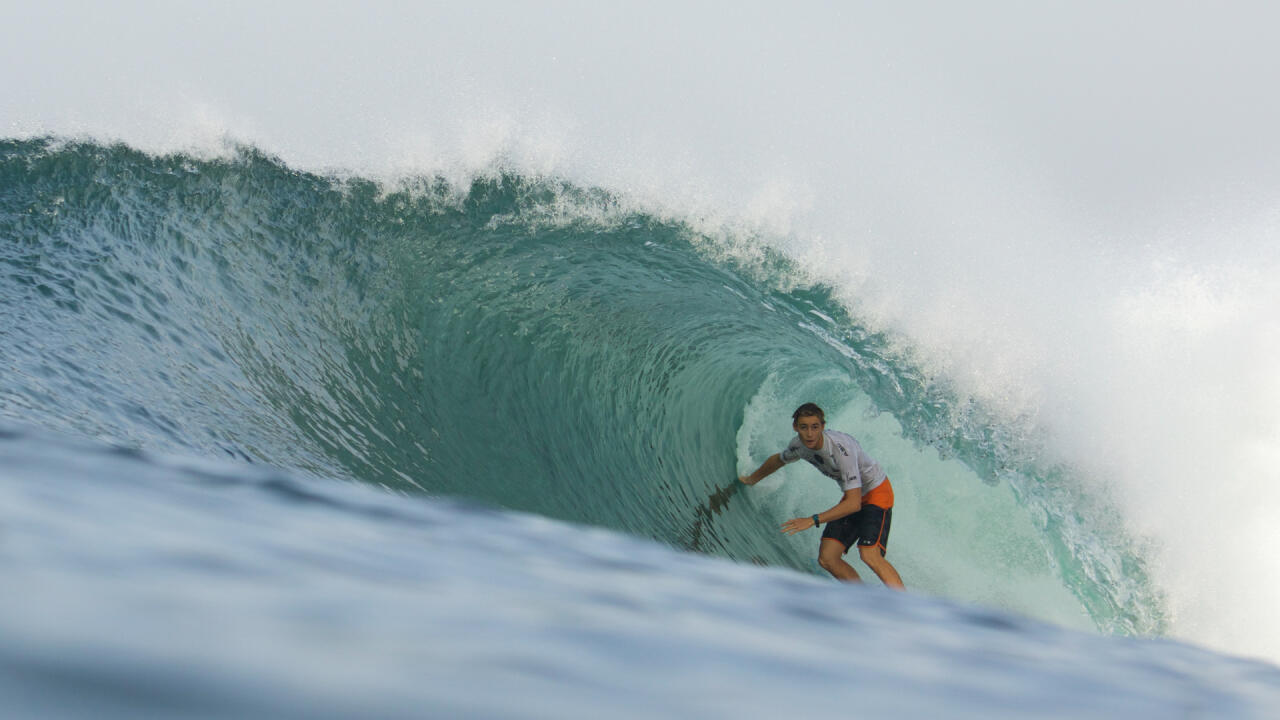 "I was surprised I got those barrels in that heat," Simkus said. "I was watching the heat before and it seemed that there weren't as many hollow ones, then I lucked into a couple which was sick. I got to the quarters here last year so hopefully I can go at least one better. I'd love to have a heat against Joel out here and have a bit of a tube off."

In the final heat of the day it was No. 3 seed Ezekiel Lau (HAW) continued the trend of the day putting down a dominating performance to win his way through to the Quarterfinals. In deteriorating conditions, Lau used his impressive repertoire of powerful rail surfing and progressive aerial manoeuvres to post a solid heat total of 14.17. "Surfing on the QS you get a lot of onshore conditions so surfing in the afternoon here you have to deal with that," Lau said. "I've been seeing all the early heats with people getting barrels and nines and tens so I can't wait to have a morning heat tomorrow and hopefully get some of that action."