After a lay day was called yesterday due to a lack of swell, the Ichinomiya Chiba Open was back on today with Men's Round 4 being completed. In contrast to yesterday's flat conditions, competitors were faced with howling onshore winds and peaky, two-to-three foot waves at Shida Point.

Being one of two Japanese surfers left in the draw, Takumi Nakamura surfed as if his life depended on it in Round 4. Nakamura had a 6.80 as a backup after he found one of the longer right-handers of the day, Nakamura wrapped three massive hacks to post the highest single-wave score of the round, an excellent 8.83 (out of a possible 10) to win his heat and progress to Round 5. 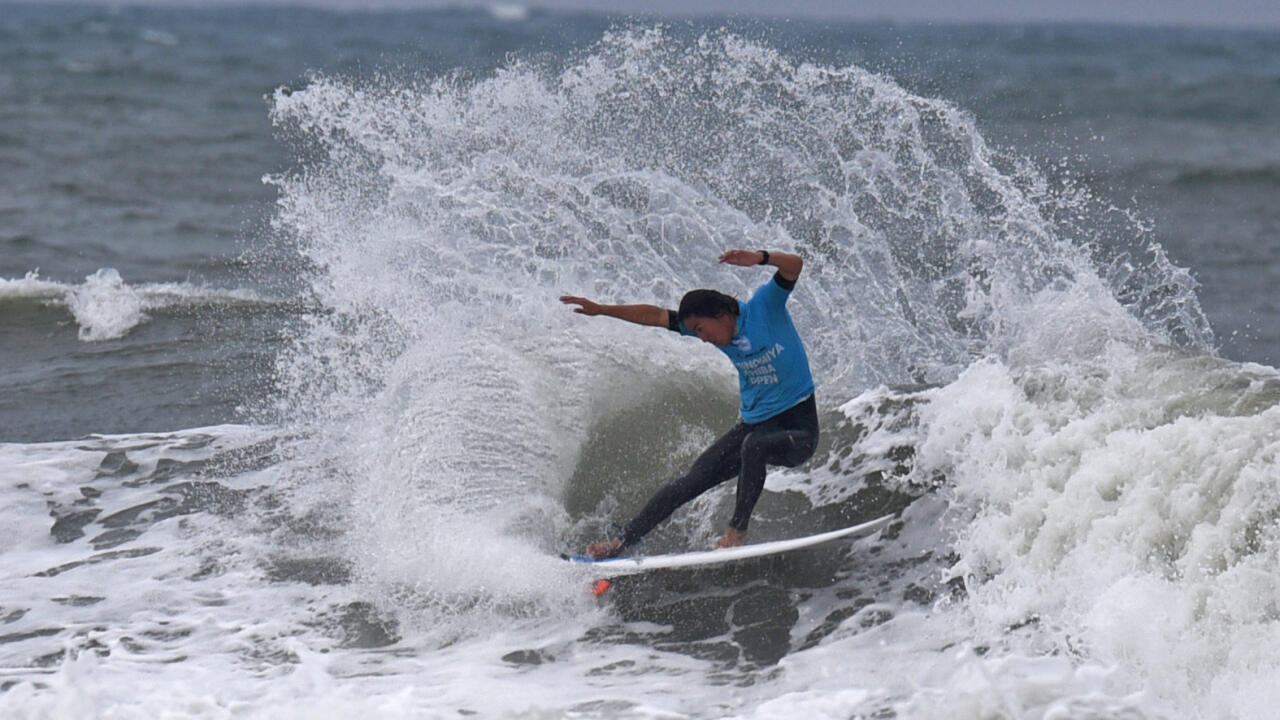 "I didn't know if that wave would give me the score," Nakamura Said. "I knew it would be close but wasn't sure if it would be enough. When I heard I had gone into first I was so happy. Winning that heat has given me the confidence to go all the way to the final in this contest. I want to win it."

Former Chiba Open winner Mitch Crews (AUS) stayed seriously busy in his heat catching a total of nine waves in 25 minutes. After a number of throwaway scores, Crews eventually found himself a heat total of 12.00 (out of a possible 20) to finish the heat in first.

"I just took off on any wave that looked decent," Crews said. "When the conditions are like this priority doesn't really mean anything so I just sat in my own little zone and tried to catch lots of waves. The next few days look fun so I'm glad to make it through today."

Willian Cardoso (BRA) showed there were still some power pockets to be found in the choppy conditions. Cardoso found a right-hander that offered him two solid sections on which he wrapped two monster hacks to post a single wave score of 8.50 and hold the heat lead. "It's really tough out there," Cardoso said. "I really wanted to catch as many waves as possible and eventually got the 6.50. Once I had that I felt comfortable and got the one with two big sections and got the 8.50. This is the first time this year I've made it into Round 5 so I'm really happy."

As the tide filled in and the wind began to subside, Deivid Silva from Brazil could see that the right-handers would be offering the best options for scoring. Early in his heat he found two of these rights and smashed backhand turn after backhand turn and was rewarded a 7.03 and an 8.33 for his two scoring waves. Deivid Silva's backhand was a talking point at Shida Point in Round 4. - WSL / Bennett

"Looking at the guys I had in the heat made it was really daunting for me," Silva said. "It was really tough out there I feel like there was a lot of luck involved. I got lucky and got a couple of waves that I could do some turns on and get a decent score."

Once Silva was out in front, Parker Coffin (USA) was left to fend off Cooper Chapman (AUS) and Thiago Camaro (BRA) from taking the second qualifying position. Coffin opted to go right on his backhand, similarly to Silva. This tactic worked as he held second spot to progress into Round 5. Making it this far in a QS6,000 is important to Coffin as he looks to earn Qualifying points and join his brother Conner on the elite Championship Tour (CT). "Staying active is key when it's like this," Coffin said. "If you get a few waves quick you can surf yourself into rhythm so that's what I tried to do. Seeing my brother being on the Championship Tour has been a massive inspiration for me. We are on a similar program so I really feel like I could join him there soon which would be cool as I have not seen much of him this year."