Post Show Breakdown: Day 2
23:54
The situation is heating up in Jeffreys Bay as the gut-wrenching elimination rounds begin on Day 2.

From footage and imagery, Supertubes seems like the most perfect, machine-like wave, with every pulse grinding down the point identical to the one before it. She is far from perfect, however. Full of moods, ruffled by winds, affected by the tides, influenced by swell direction and altered by sand build-up, this beauty has many different faces. Yes, this is what an average day at Jeffreys Bay looks like. - WSL / Kelly Cestari

There were bombs out there on Day 2 of the J-Bay Open, and you were either on them, or you weren't, which is the long-winded way of saying it was inconsistent. The swell had slightly more south Thursday, while the wind had a little bit of north, so it was a very different line-up than the day before. Those in the know patrolled the bottom part of the point, while lesser-experienced competitors hung around the top, wondering what and when she would give.

Magic Moments from Day 2
2:44
Conditions were a little less perfect, but a lot more playful on Day 2 of the J-Bay Open at Supertubes.

Thursday opened with a continuation of the dreaded Round Two. Exciting for all except the narrow loser, and the vanquished. It's a long way to travel to get to J-Bay, and it's heartbreaking to watch perfect waves once you're out of the game. Rookie Ryan Callinan was the first person to be eliminated on day two, losing to a very stoked Michel Bourez, who nabbed his heat-winning wave in the final minute. Rookie Ryan Callinan hasn't had a lot of luck in 2016, but he continues to earn the respect of his CT peers. - WSL / Kelly Cestari

Richard "Dog" Marsh has been working with nice-guy Callinan for five years now, and has helped him with qualifying for the Championship Tour. "I've been helping him to assimilate his free-surfing game into his competitive game," said an upbeat Marsh. "But we also need to work on his finish game, on his killer instinct."

Jordy Smith Steals the Show
2:39
The South African makes the J-Bay crowd proud with pure power in Round Three.

One surfer who is very at home at Supers is Australian Adam Melling. A point-break surfer at heart who cut his teeth at Lennox Head, he knows how to ride a wave as long as Supers at its maximum. In a tight Round Two match with Conner Coffin, however, heading into the final minutes he was trailing. But Melling managed to find a bomb at the end, and he unleashed a variety of moves to sneak in the required score, with variety being the differentiator according to the judges. Australia's Adam Melling is always a threat at Jeffreys Bay, and can never be overlooked; that was the lesson California's Conner Coffin learned on Thursday. - WSL / Kirstin Scholtz

"I love riding points. I grew up on points," said a visibly relieved Melling, who has been nursing an ankle injury throughout the event. "It was a stressful heat, and I wasn't sure if I did enough, but it was great to get through."

Josh Kerr Unloads
2:38
The Aussie pulls off a rare maneuver in Round Two at J-Bay.

Coffin wasn't convinced, and went for a chat with the judges to better understand what they were looking for. The judges' valid input was that they were scoring higher for lip turns as opposed to carves, and that they were looking for more vertical surfing. "On a wave like J-Bay I prefer watching surfers doing big carves on the open faces," said Coffin afterwards. "It's good to know what the judges are looking for and how they're scoring, and I guess that next time I'll mix things up a little bit, keep it fresh. But it sucks to lose at J-Bay."

Dantas Claims Backhand Battle
3:09
A heated final exchange between Jadson Andre and Wiggolly Dantas in Round Two saw both surfers in top form.

Jordy Smith, meanwhile, is someone very familiar with what judges like to see at J-Bay. The two-time event champion went to town in his heat against Kolohe. "With conditions like this, I just had a strategy to get a few decent scores under the belt as soon as possible," said Jordy. "It could easily go into a big lull in these conditions, and then you're just left waiting for a score. At least if you have a few scores on the table you can afford to relax a little." 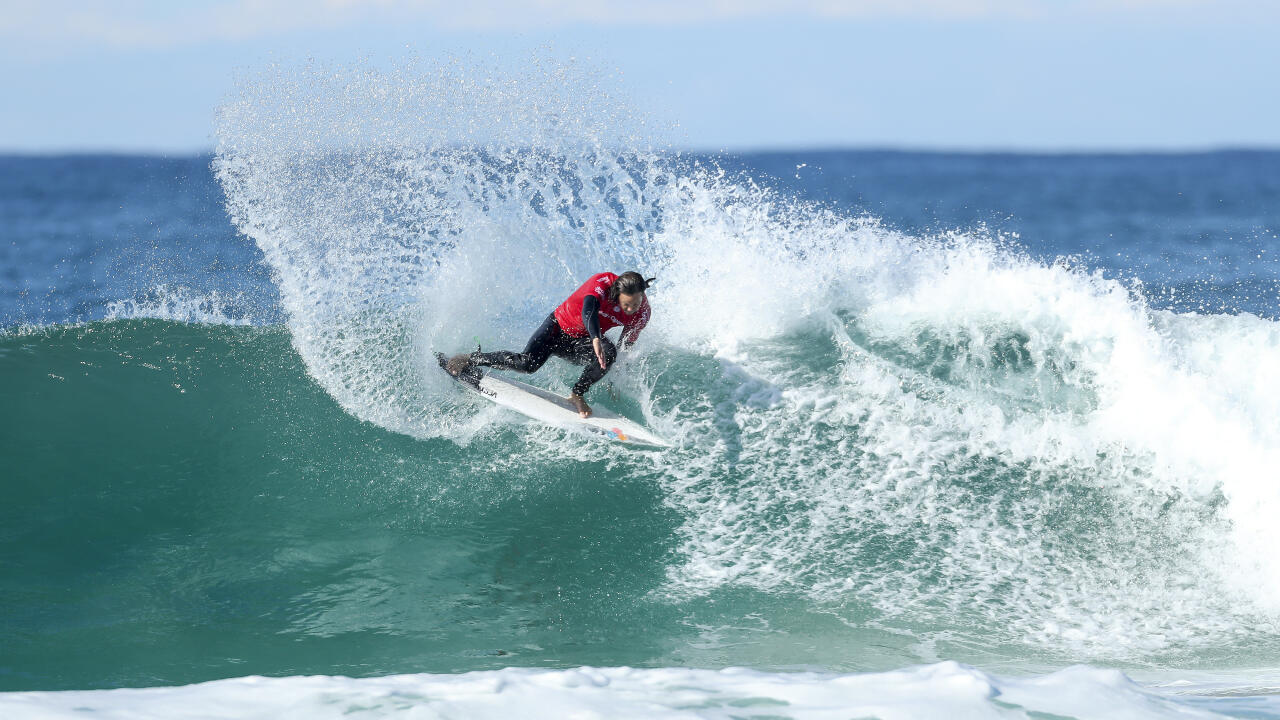 The conditions spoken had gone light onshore by this stage, but this was no problem for Jordy. "When the conditions have that little lip-line it's no problem when the waves are small. When it's in the 2-4-foot range, you can still do big turns when it's a little bit onshore. I don't mind it at all."

Florence Finds Room to Move
0:36
John John built a solid foundation of scores, surging ahead of Dusty Payne with some of his signature moves.

Slater didn't mind it at all either. In the last heat of the day in fresh onshore conditions he paddled out against Ace and caught nine waves while Ace caught two, with the second one scoring a mere 0.37 in the very last seconds of the heat. Buchan had a strategy, but it was the wrong one.

Tune in for Dawn Patrol tomorrow, Friday at 7:30 a.m. local time, for the next call and more action.