Evan Geiselman has been on the surfing radar since he was 12 years old. The Floridian goofyfooter was viewed as the East Coast's contemporary counterpart to John John Florence and Kolohe Andino. But Geiselman's road to the CT has been much more of a grind, mentally and physically. Until recently, his biggest headline came last December when he nearly drowned at Pipeline, with the entire harrowing incident being captured on video. Geiselman has been grinding on the Qualifying Series for nearly four years, and is pushing harder than ever in 2016. - WSL / Laurent Masurel

Fortunately, Geiselman has bounced back big. Heading into the Vans US Open men's Qualifying Series (QS) contest he's ranked No. 8 on the QS, due in large part to a huge win at the QS6000 Chiba Open in Japan. With The Open being a crucial QS10,000, he's one of many who've got a lot riding on what's ahead.

WSL: After your near-death experience at Pipeline how long did it take to feel like yourself again?
Evan Geiselman: I started surfing five weeks after and my body was still pretty shocked. It took about a month to start breathing good again. Like I wasn't catching my own breath and stuff. So that took a while. I lost quite a bit of weight, too, so getting that muscle back. But I surfed Panama at the beginning of the year and I surfed some good waves so it's not really affected me in that sense. We'll see when we get to Pipe if there are any side effects or anything but I don't thin there will be. I'm just as eager to surf out there as I was before.

1:14
Geiselman's air game has always been solid, and he'll be leaning on it in the back half of this QS season.

WSL: Did it make you appreciate everything more, too?
EG: Exactly. And that's probably helped me a lot with these QS events because they're so serious to me and my dreams to make that tour one day and it's helped me put a lot of things in perspective, what's important and how lucky I am. That I'm able to compete this year, when you look at Owen and Bede... it's crazy.

WSL: How long have you been doing the QS?
EG: This is probably my fourth year. I got injured the first year and came back. So probably full time two or three years. 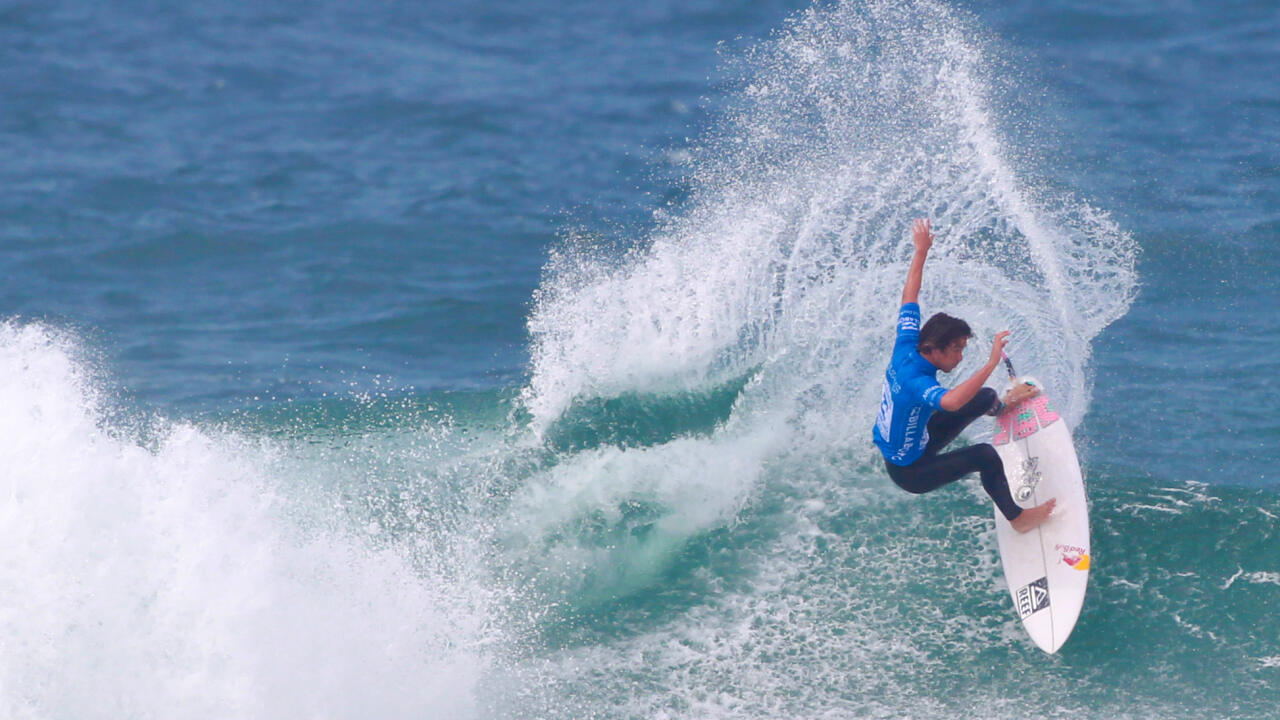 Geiselman knows how to handle the tough travel on the QS, the toughest part is just staying even-keeled when things don't go your way. - WSL / Laurent Masurel

WSL: What have you learned in that time?
EG: Just let it happen. It gets grindy. You get up and down results so you can't let it get to you that much. If you lose, it is what it is and move on to the next event. That's probably the biggest thing, is just to stay even-keeled through the whole year.

It's helped me put a lot of things in perspective, what's important and how lucky I am.

WSL: What worked for you in Japan?
EG: It was the first QS I ever won. I felt great all week and I was surfing good and I had a really good board. There was nothing I was really thinking about. I was just trying to be smart in my heats and everything went my way. Evan earned his first big QS win at the Chiba Open in May, defeating QS No. 1-ranked Leo Fioravanti in the Final. - WSL / Bennett

WSL: Are you excited for the Vans US Open?
EG: I'm really excited. It's probably my favorite event of the year. Yeah, it is my favorite. It's the only Prime [QS 10,000-level] in America, too, other than the ones in Hawaii. I'm looking forward to it for sure.