Keanu Asing is as dangerous as the they come in small lefts. The Hawaiian's compact frame, low center-of-gravity, and tight-radius turns are a perfect fit for Huntington's fleeting pockets of power. 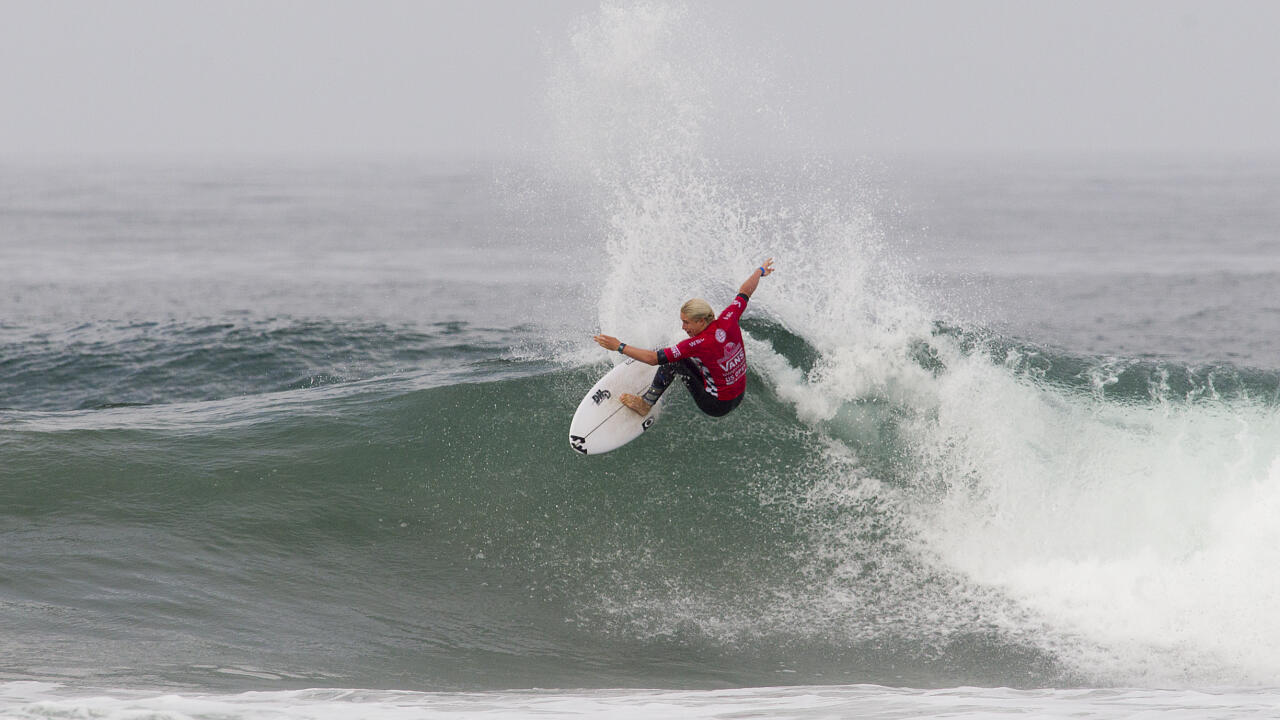 Ethan Ewing advanced into the Round of 24 surfing in his first Vans US Open of Surfing. - WSL / Kenneth Morris

Small Huntington is a complex riddle. While finding the right wave is always the massive challenge, another is sticking and moving in such a way that allows surfers to hit their targets before they disappear...and they disappear quickly.

Asing understands this. When he's on his game -- like he was Wednesday -- he's slinging his blade around like its a set of nunchucks. It's not the kind of surfing he gets to put on display at Margaret River or J-Bay, but in bumpy beachbreak like Huntington Beach, he's as lethal as they come. 2015 finalist Tanner Hendrickson was a casualty of Round Two. - WSL / Sean Rowland

Asing became the first surfer to advance to the Round of 24 in the Vans US Open of Surfing. Australian upstart Ethan Ewing advanced along with him, as the two youngsters knocked out veterans Josh Kerr and Patrick Gudauskas.

It's a crucial win for Asing, who's been taking his licks on the Championship Tour. Up until now the QS hasn't treated him much better. He's ranked No. 81. If he wants to keep his CT dream alive he needs a big result here, and he knows it. Ewing, meanwhile, seems to be treating his entire California campaign like a fun little workout. He's doing double duty surfing in both the Juniors and the Men's division, and turning heads every time he takes to the water. Keanu Asing is looking to climb out of his QS hole here in Huntington Beach, and he seems to be on his way. - WSL / Kenny Morris

"Kid's crazy," Dino Andino was overheard saying in the competitors area. "Look at his arms. It's uncanny how much he surfs like a young Andy Irons." And as it was with Irons, you can't take your eyes off Ewing once he's up and riding. He's got the whole coiled spring thing down, as if he's going to burst at any moment. And when he does you better not blink. Of course, there were other standouts on Wednesday, like Brett Simpson and Filipe Toledo. Simpson, the local hero, is trying to relaunch one more QS campaign here in Huntington after taking much of this year off to welcome his new baby boy.

Brett looked cool and collected in the tricky conditions, and proved that there's still room for mature power turns even when it's small. Toledo had a slow start to his heat, but we found out toward the end he was just changing up his flight plans. The judges keep rewarding his acrobatic air game, which he'll be leaning on hard all week.

Simpson and Toledo are still stuck in the Round of 48, which will resume Thursday after the women's Round Four. They'll have to get past their CT buddy Jeremy Flores and Argentina's Santiago Muniz if they want to join Asing and Ewing.

These stacked heats are what make the QS such a grind. Heat 8 of Round Three will pit Kanoa Igarashi, Conner Coffin, Jordy Smith and Joan Duru against each other. For Duru, who's on the cusp of qualifying, the road couldn't be tougher. But then again this is why he's here. He wants these guys. He can beat these guys. But he sure would like a crack at them in some better waves.