In the inaugural Pe'ahi Challenge held at Jaws last December one of the many enduring images was the black and white stripes of Natxo Gonzalez's surfboard being hung in the air, upside down, halfway down the face of a massive wave, with Natxo's feet still stuck to his board. Natxo Gonzalez and his famous striped board. - WSL

In fact his distinctive black and white striped surfboards might be more recognizable than the 20-year-old Basque surfer himself. However, as one of the most promising big wave surfers on the planet, and with a bright QS career ahead, that's about to change.

"I hadn't surfed Jaws before and the waves were massive and the wind was super strong," he tells the WSL. "I wasn't scared, though. I was super motivated to get a bomb. I tried, but all I got was one of the biggest wipeouts of my life. It did mean some recognition though, although people say, 'that's the black and white stripe guy,'" he said with a laugh.

0:51
Gonzalez has already established himself as one of the best young up-and-comers in the big wave arena with Big Wave Award nominations like this one.

I wasn't scared, though. I was super motivated to get a bomb. I tried, but all I got was one of the biggest wipeouts of my life.

Gonzalez grew up in the Basque resort town of Plentzia in Spain, located about 20 miles from the city of Bilbao. Even though his parents didn't surf, the Gonzalezes spent their summers at the beach in the sheltered, shell-shaped bay. He first stood up on a bodyboard, before saving his pocket money to buy a surfboard at age 11. "It's funny I am a big wave surfer," he says, "because in summer in Plentzia there is nothing but tiny waves."

However, winter is a different story, and within an hour's drive of Plentzia lies a host of legitimate big wave spots, each populated by a committed big wave community. "The big wave spots here like Meñakoz and Punta Galea have big channels and are good spots to learn," says Gonzalez. "At 13 I fell in with a group of teenagers who were all charging. I was the youngest and just tagged along and there often was little choice but to paddle out." 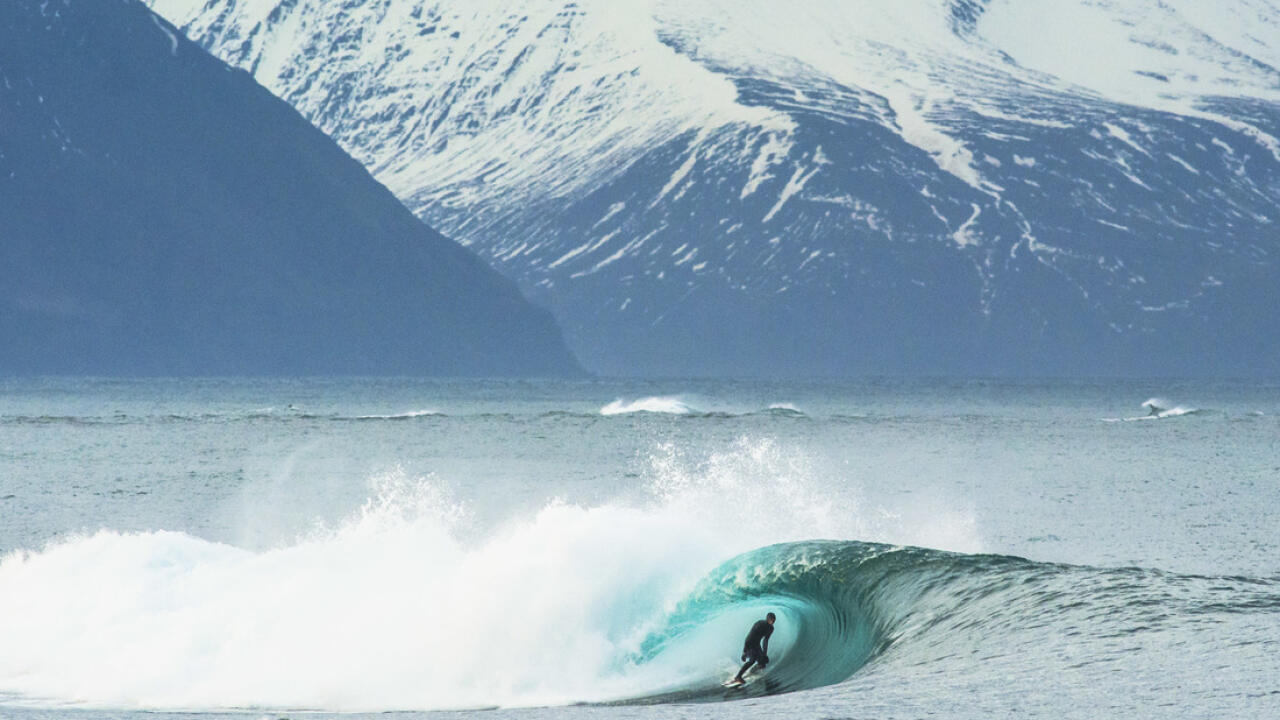 "I always kept an eye on him from an early age, as you could tell he was an outstanding surfer," says Aritz Aranburu, a former CT surfer and big wave charger who has been a mentor and friend to Gonzalez. "We lived about one hour apart, but you get to know most of the big wave surfers in the Basque country. I've watched him develop into a great barrel rider and a fantastic big wave rider."

In 2013, at just 17, Gonzalez announced himself to the world stage with a win at the Punta Galea Challenge, a big wave event that earned him a wildcard into the Big Wave Tour (BWT) event in Punta de Lobos, Chile. At the time he was the youngest ever invitee to a BWT competition.

However Gonzalez's talents aren't limited just to heavy water. As a grom he competed on the pro junior circuit and had considerable success. Last year he finished runner-up on the European Junior Tour and only a few weeks after he competed at Jaws, swapped his 10'4" for a 5'8" and competed in the World Junior Championships in Ericeira. 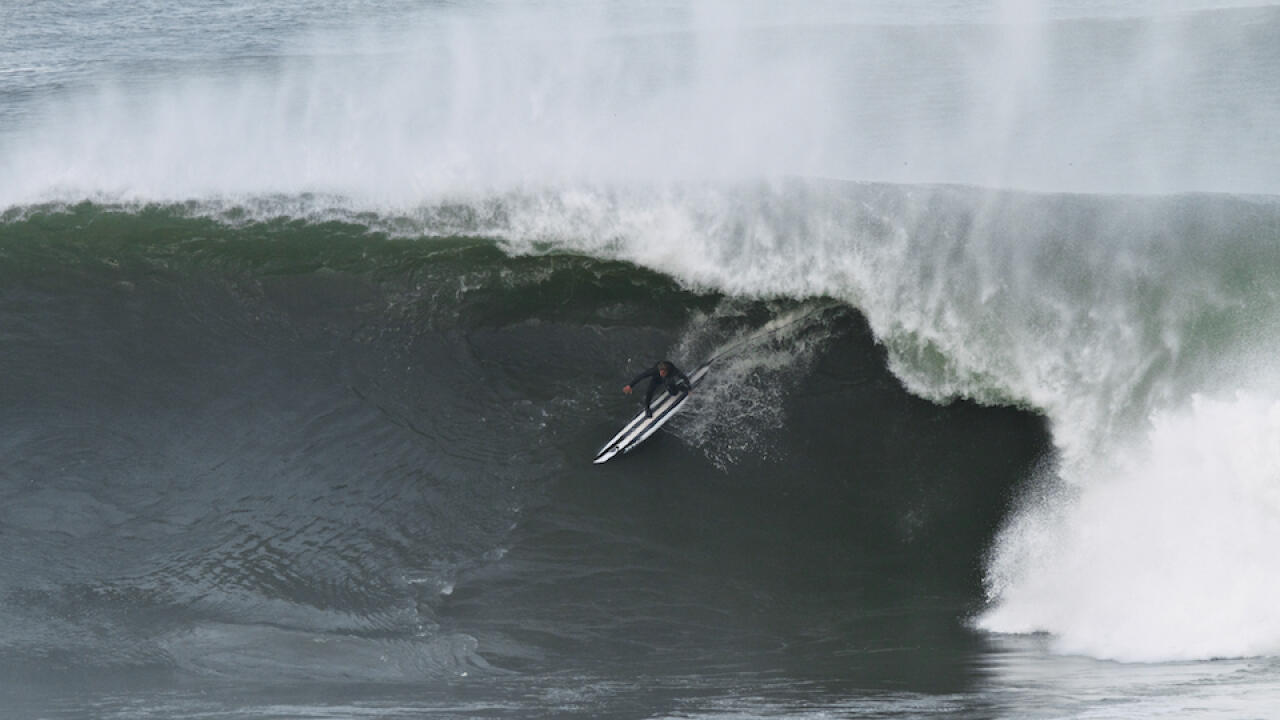 When the WSL called this week he was in the jungle in West Java chasing another swell having just returned from surfing giant waves in Rapa Nui and Chile. After Indonesia he was heading back home to ready himself for the upcoming QS events in Europe. He is juggling his thirst for adventure and big waves (in the last 18 months alone he logged tube time in Namibia, Puerto Escondido, Chile, Hawaii, Peru, Iceland and Ireland) with demands of competition.

"I think right now he has a difficult decision to make," says Aranburu. "He has the potential to do really well on the QS, but he is also a great big wave surfer at such a young age. That is a tricky combination. Maybe he will need to focus on one or the other."

It is a decision that Gonzalez seems to be getting close to. "At the end of the day I just want to spend all my life in the barrel," he laughs. "The Basque guys like Aritz and Kepa Acero have taught me how to love the adventure of getting those waves and that it's all about the journey and the people you meet on the way. So to do the QS means missing out on those waves and those adventures. I've been chasing storms all year, and think competitively the big wave arena might be best suited to me." Having already logged multiple Billabong Ride of the Year submissions and experienced the heady heights of BWT competition, Gonzalez is, rightly, setting his goals high.

"My dream is to be on the BWT and surf the gnarliest waves possible," he says. "I want to surf and compete with guys like [Shane] Dorian, Greg Long and [Grant] Twiggy [Baker] and try to push the paddle-in barriers higher and higher. That's my main goal."

You can look forward to seeing those black and white stripes for a little while yet.

Quarantine measures mean a surfing ban is set to continue on the continent throughout April. Here's what the athletes have to say.