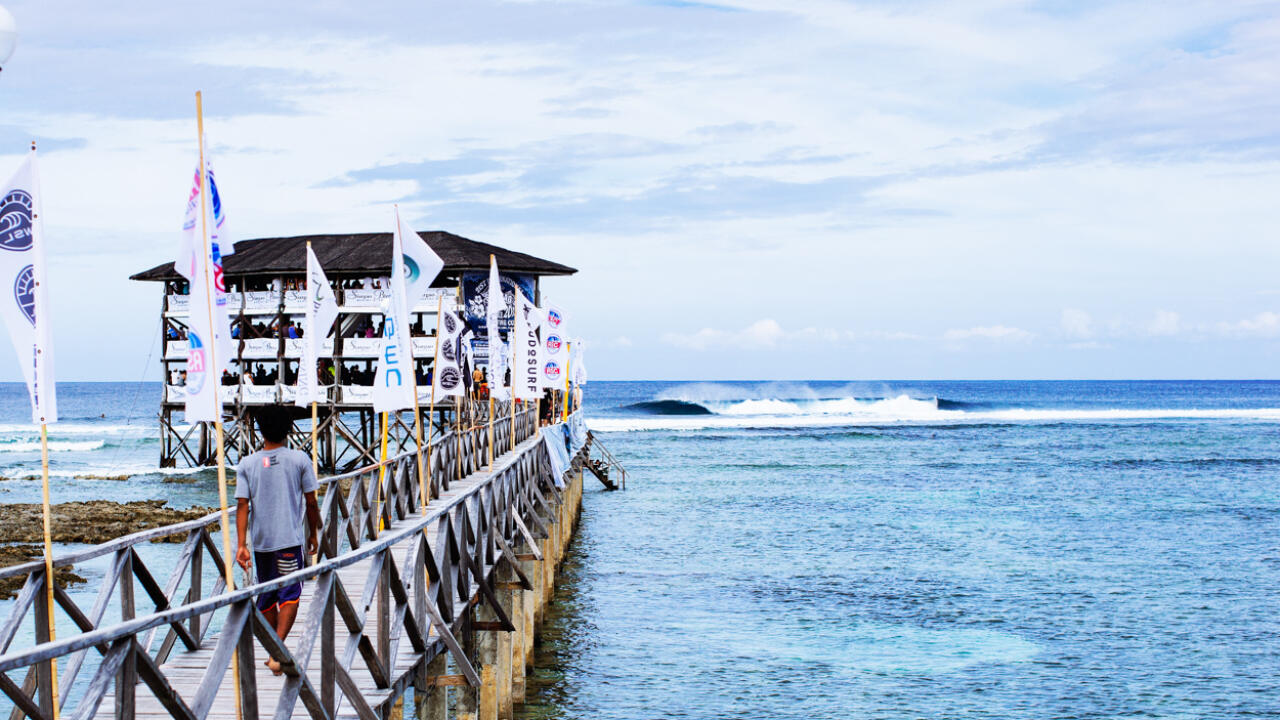 With two events remaining on the 2016 World Surf League (WSL) Australasia Qualifying Series, a group of the region's hungriest surfers are setting their sights on the Siargao Surfing Cup at Cloud 9 in the Philippines for a chance at competitive glory.

Not only will competitors have the opportunity to pull into the perfect barrels of Cloud 9 with only four surfers out; they will also have a chance to attain a maximum of 1,500 QS points, which will play a huge part in deciding the 2016 Australasia QS Champion. This honor brings with it a seed into all of the QS6,000 and QS10,000 events for the opening half of 2017.

The WSL sees the importance of crowning a regional champion in an array of different locations, wave types and conditions. WSL Australasia Regional Manger Will Hayden-Smith is a big believer that a true champion should be tested in all sorts of waves. "The World Surf League has been working hard to develop our regional QS events to help fast-track the careers of surfers who are performing well," he said. "The winner of our regional series will get a seeding into the 6000s and 10,000s in the first half of 2017, which is a huge advantage. Plus, they've been tested in a range of conditions from beachbreaks to world-class reef breaks like Cloud 9 so they will no doubt be a worthy winner."

Gold Coast Surfer Mitch Parkinson is no stranger to the perfection of Cloud 9. He competed in a Pro Junior event there in 2011 and surfed in this event in 2015. Being on the cusp of the QS6,000 and 10,000 events that will run in Hawaii later this year, Parkinson is hoping to use Cloud 9 as a springboard into events with bigger points on offer. Mitch Parko is amazingly comfortable in the tube. - WSL

"I can't wait to get there!," he said. "I dream of this wave while I'm sitting at home watching the onshore northerly season kick in. It's really important to get a good result in these events, especially for me right now as I'm trying to get into the Hawaiian leg to do Haleiwa and Sunset later this year. Those event are where you can really begin to mount a qualification campaign."

The 2016 Siargao Surfing Cup at Cloud 9 will get underway with an official opening ceremony and press conference on the 23rd of September. Competition will commence the following day, running from September 24 - 29.