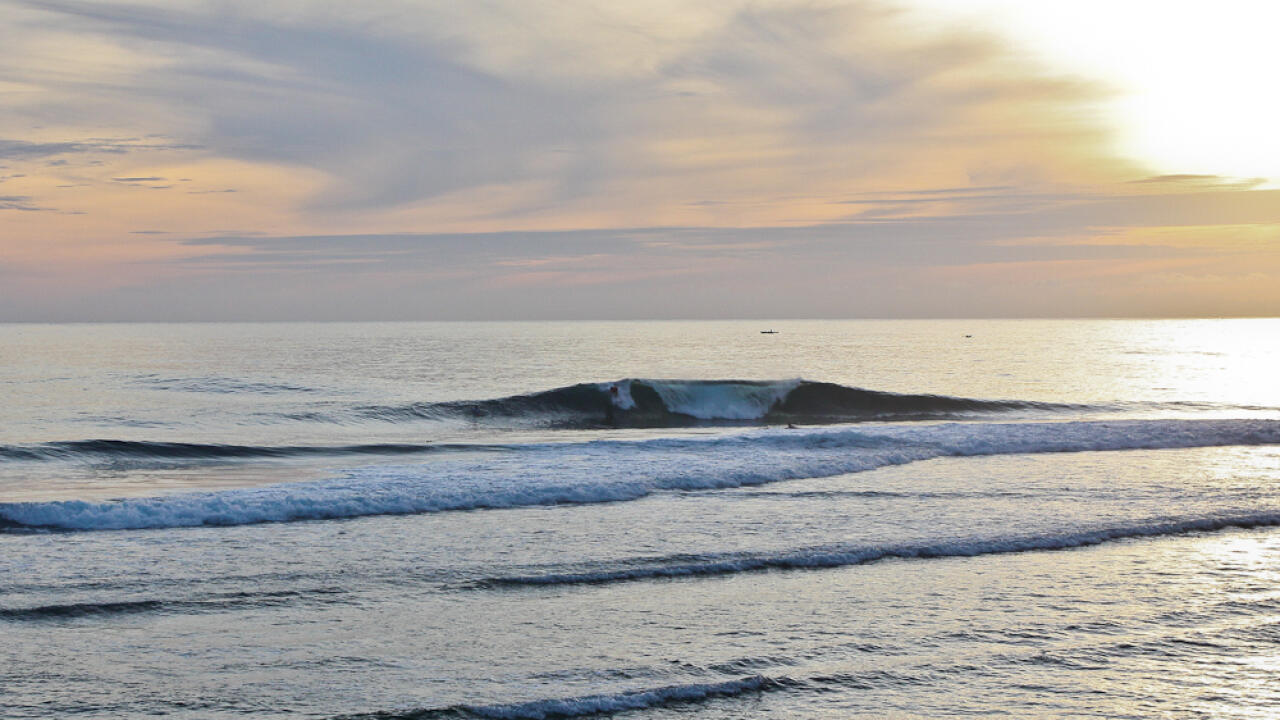 Facing a mediocre forecast for the day, competitors and event organisers at the Siargao Surfing Cup were pleasantly surprised early on Day 4 when they arrived at Cloud 9 were greeted by solid five-to-six foot waves. It was another huge day of competition with heats running all the way to half way through the Quarterfinals.

With massive tidal movements throughout the day and shifting winds, competitors were forced to adapt to the changing conditions continually with one heat offering caving barrels then the next throwing up big open walls; regardless, the surfing was incredible all day.

The first surfer to lock themselves a spot in the Semifinals was local favourite Philmar Alipayo (PHL). Alipayo came up against Australian Jordan Lawler who had been on a tear all contest. Lawler controlled the heat for the majority of time until the last two minutes when, Alipayo only needing a small score took off on small insider pulled a solid floater followed by a closeout snap to take the lead. This will be the best ever finish at his home event, much to the delight of the hundreds of fans cheering him on from the boardwalk and tower. Philmar is the las Filipino in the draw; Will he make it 3 from 3 for the locals? - WSL / Tim Hain

"I was so nervous that entire heat," Alipayo said. "I knew I only needed a small score so just went for it. Then I saw that Jordy (Lawler) could have got a wave, which scared me. Luckily he didn't and I got the win. I have never made it past Round 3, so to make the semis is so special for me."

In the first Semifinal, Alipayo will be meeting Shane Holmes (AUS) who took out Quarterfinal No.2 against another local favourite, Piso Alcala (PHL). The two dueled it out with some massive open face turn combinations. It was Holmes who came out on top to move to the semis and one step closer to the Australasia QS Series Championship. "I have wanted to come to this place for a while," Holmes said. "The wave is so fun. In every one of my heats it has been different from tubes to turns it has it all, and it's in warm water which is a bonus coming from winter at home. I try not to think too much about winning the series as it puts pressure on me, I just take it heat by heat and try and make the final."

The standout surfer of the day was without a doubt Mitch Parkinson (AUS). Parkinson surfed two heats on Day 2 and was able to find two of the longest deepest barrels of the contest scoring 9.50 points on each of them, the highest single wave score of the contest. Parkinson will meet fellow Aussie Mitchel James in Quarterfinal 4. "That first one I got was really lucky," Parkinson said. "I wasn't really in the zone and it just popped up in front of me. Once I got that one I was pretty amped to get back out there. When I got out for my second heat and saw that next one, I knew I was going to get barreled again and felt confident I could come out and do a bunch of turns. That first one definitely pulled me out of a rut I felt I was in"

Finishing in Equal fifth was the second highest placed Filipino competitor Piso Alcala (PHL). A past winner of the Siargao Surfing Cup, Alcala's performance was no surprise, both in the barrel and on the face. Although happy with an equal 5th place, Alcala is keen to make a couple more heats at next year's event. Piso Alcala was a massive standout at Cloud 9 - WSL

"It's always awesome to see everyone here surfing Cloud 9," Alcala said. "I had a good event but it was a shame the waves got a bit slow in my heat. Shane is a great surfer so it was always going to be tough. Next year I want to go all the way."

An honourable mention must go to Sandon Whittaker (AUS) who was not looking like making his Round 2 heat after coming down with a shocking fever. Due to the event going on hold over the low tide, the teenager managed to scrape himself off the bathroom floor to get out there not once but twice during the day even posting a heat total of 15.00, the third highest of the event so far. With his impressive rail surfing Sandon has locked himself into the Quarterfinals where he will meet Californian tube hound Skip McCullough. Check back tomorrow, as we will look at completing the remaining five heats and crowning a champion for the 2016 Siargao Surfing Cup at Cloud 9.