Life on the Championship Tour can be pretty rewarding, but nothing on the Tour can touch the joy of finding your life partner, as Carissa Moore, Sebastian Zietz, and Keanu Asing will be first to tell you. All three are officially off the market now, after getting engaged over the summer. Here's a little background into how their big days

Carissa & Luke
It's tough to imagine that 3x World Champion Carissa Moore dreams about anything other than another title, but fiancé Luke Untermann went above and beyond to surprise his girlfriend and ultimately win her heart. "The whole set up was gorgeous and so personal," said Carissa in regards to the lanai decorated with flowers, lights and images of the couple. 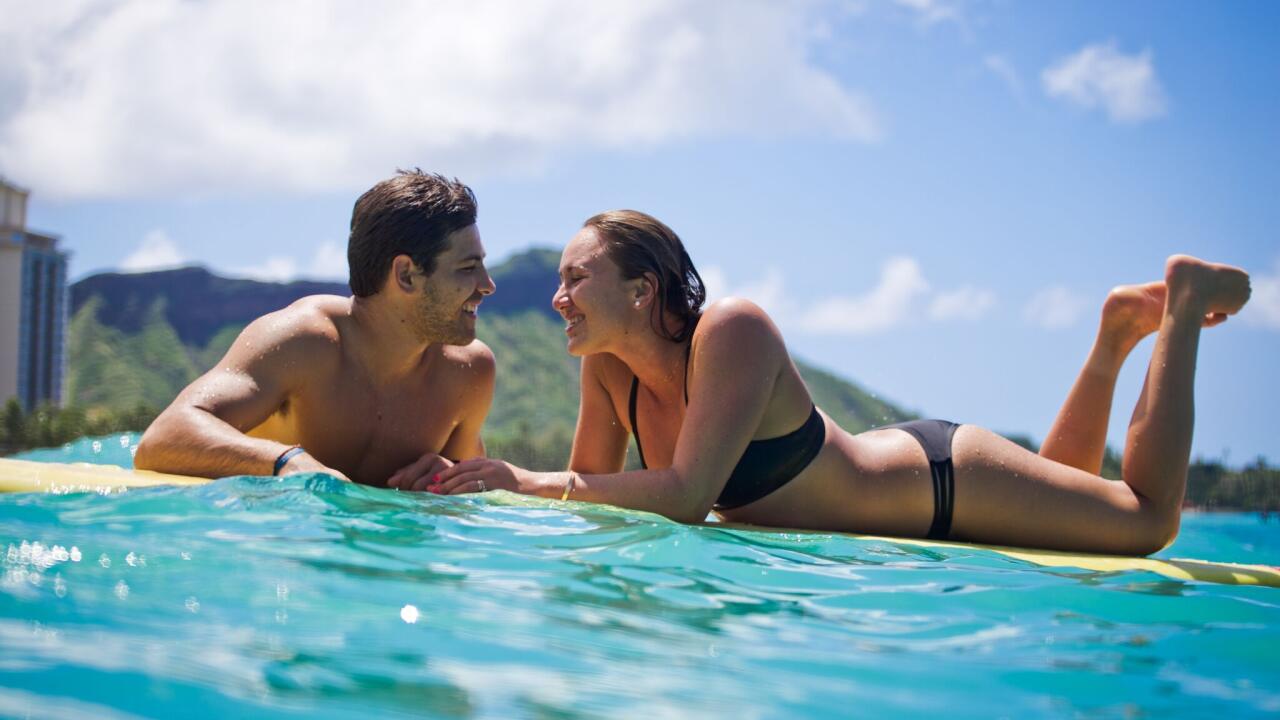 "When I first walked out on the porch, I was like, ‘this is it!' I couldn't believe it was actually happening. I'd been dreaming about this moment for so long." Luke read Carissa a 6-page love letter that brought Carissa to tears, then got down on one knee. "It was absolutely perfect. One of the best days of my life," she recalls.

Wedding Plans
As for fitting the nuptials into her busy schedule, Carissa says they are planning for a December 2017 wedding at home in Hawaii. "No theme just super laid back and chill." 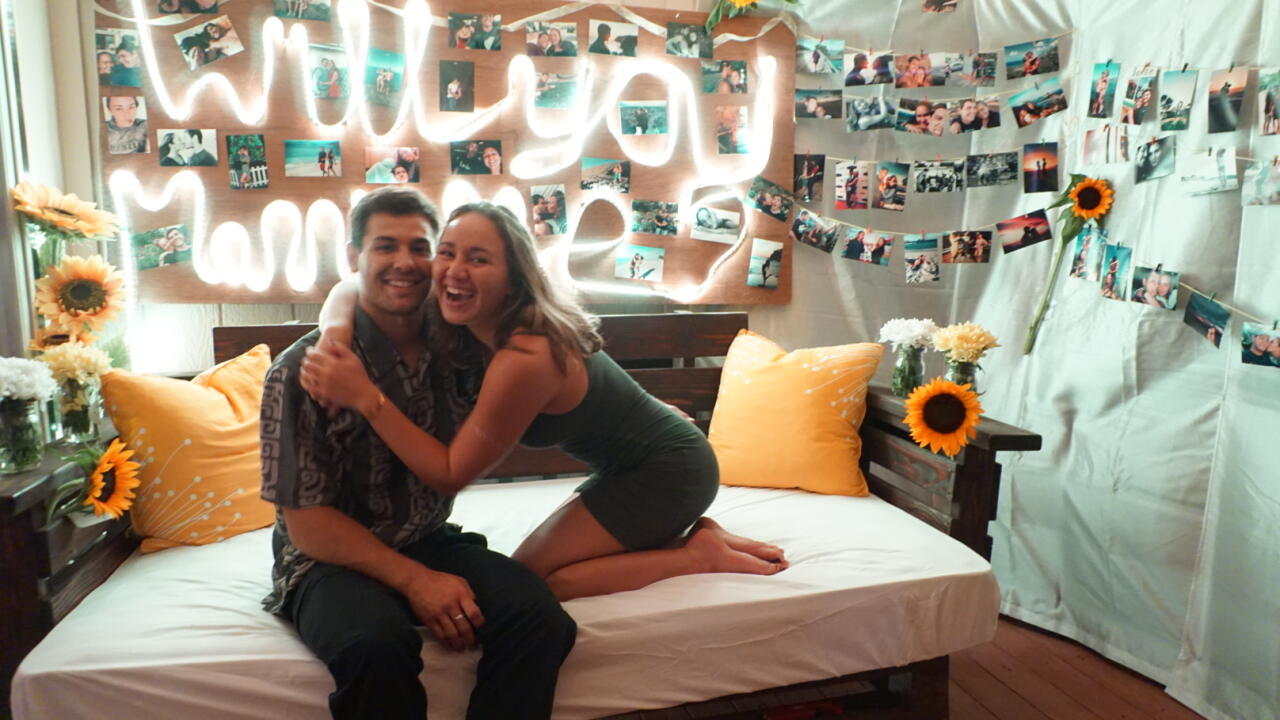 Luke went all out during his proposal. - WSL

The couple is also working with a wedding planner. "It isn't hard at all because we have so much time and a great wedding planner!" she said. "I don't want to stress, I just want to enjoy the process. "It's the best feeling in the world to know that someone wants to spend the rest of their life with you and make such a special commitment."

SEABASS & KRISY
Sebastian Zietz proposed to longtime girlfriend Krisy Fulp on the Huntington Beach Pier during the Vans US Open…with the help of an airplane.

"I kind of wanted to do it in private, but I also wanted someone to capture the moment so I went big instead," said Seabass. So he hired a plane to fly above the pier trailing the message: KRISY FULT WILL YOU MARRY ME? 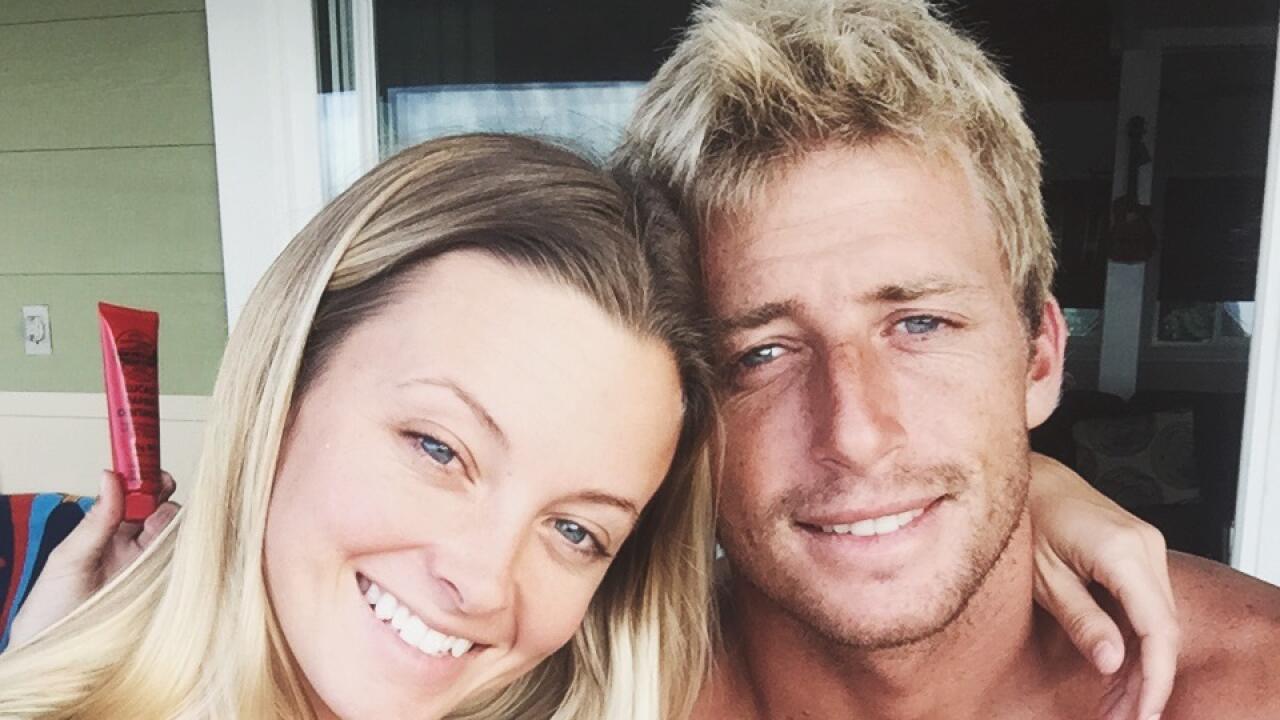 Krisy and Sebastian at home on Kauai. - WSL

"They spelled her name wrong but that's classic!" he laughed.

The two met during the US Open four years prior, so for Seabass, it was the perfect circle back to the beginnings of their relationship. "I planned it two weeks ahead of time and was hoping that I would be in a heat when it happened. Either way, it worked out!" 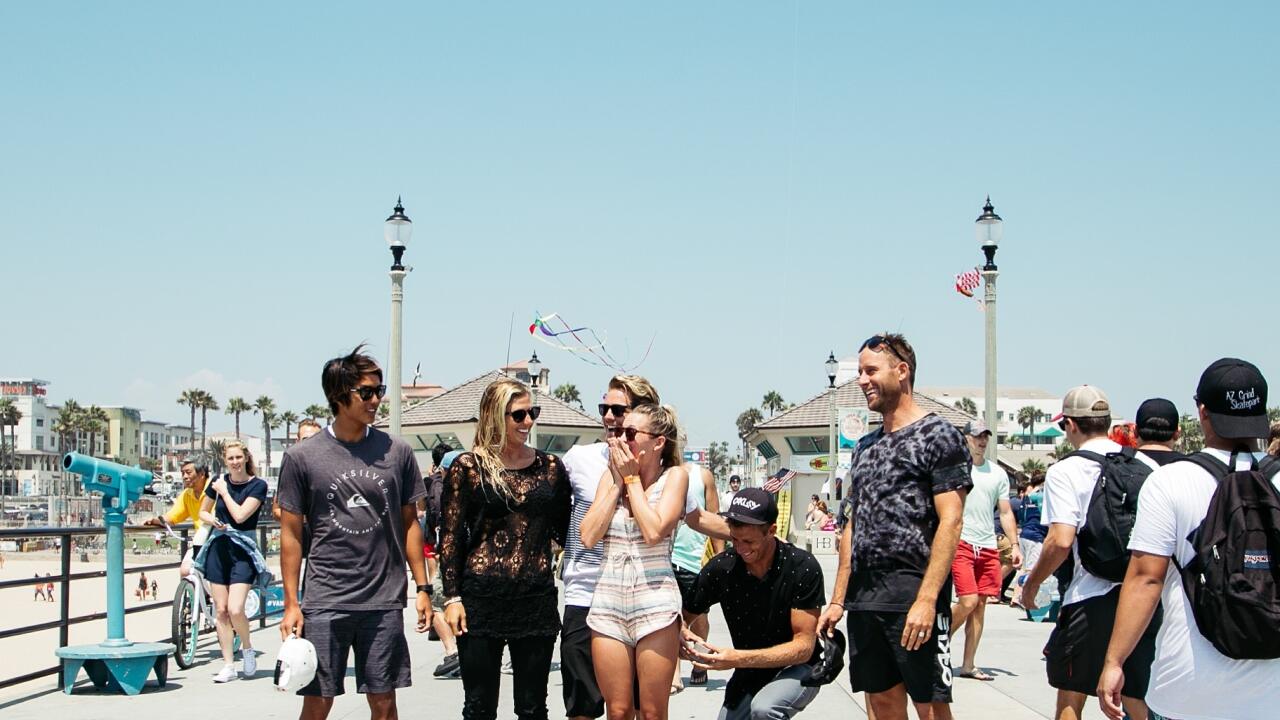 Krisy watches the plane pass overhead while Sebass gets down on one knee. - WSL

Wedding Plans
So what's in the works for the Zietz wedding? "We want to have it when all our friends are in town for the Volcom contest at Pipe in February," said Seabass. "It'll be on Kauai at Princeville Ranch under a tent - huge dance party!!"

When asked how he's juggling the wedding planning AND the tour, Zietz replied, "I'm not haha! The Tour has my undivided attention. I told Krisy I want an open bar and a huge dance floor so she's in charge of the rest!" Party at Princeville!

KEANU & KAILIN
After five years together, Keanu Asing decided it was time to take his five-year relationship with Kailin Curran, Hawaii's first female MMA fighter, to new heights. "I was scared she was going to run away or something, so I figured I'd lock it down," he joked. They both maintain a busy schedule of competition and travel. Keanu tried to play it casual the day he popped the question, so Kailin wouldn't suspect anything. "I didn't want her to have any hints, so I figure, act like nothing's going on. So we walked down to the beach in San Clemente and I started to freak out because I was trying to say romantic things and it wasn't working."

Kailin had her mind on the surf. "I was honestly snap chatting the ocean because the waves were pretty big that day," she explained. "I was thinking, ‘can you stop hugging me and stuff I'm trying to get this snap.' Then when I turned around to find him on one knee I couldn't believe my eyes...I was overwhelmed with happiness."

Wedding Plans
"It's not like preparing for a surf contest," says Keanu. "This will definitely be the best result of my life." Keanu Asing knows life is full of turns, and sharing them with Kailin will make them all that much better. - WSL / Sean Rowland

Between booking flights and international accommodations to meet their busy schedules they're mixing in searches for wedding venues and centerpieces. "I'm trying to handle one thing at a time," said Keanu. "But for the most part, I just agree with what Kailin wants."

Their big day will be in January, 2017. "It's pretty quick, but I'm pretty excited," said Keanu. "That time of year works for both of our schedules… not too many events during then and Kailin doesn't have a fight scheduled around that time so we figured it would be perfect!"

A big congrats to the newly, and happily engaged couples.