Big Scores and Early Upsets at Esterillos Este
1:29
The Essential Costa Rica Open Pro QS3,000 got back in the water with men's Round 3 action and women's Round 1 got underway

It was a day of mixed emotions at the Essential Costa Rica Open Pro as up-and-coming talents shined, while notable competitors were eliminated early on. Round 4 solidified, top seeded surfers will make their debuts tomorrow morning and even more is on the line with heavy-hitting match ups in store.

Round 3 Heat 13 proved to be a loaded affair with plenty on the line. Taylor Clark, currently in the running for the North America QS title, took on WQS No. 5 Bino Lopes as the Brazilian looked to solidify himself in the Top 10 for a chance at Championship Tour (CT) qualification. But, it was Clark and South African Matthew McGillivray who emerged in the top two spots.

"It's tough but there's a lot of waves to choose from and I just started the heat with two closeouts so that was a bit nerve-racking," Clark said. "I like this wave, it's super punchy and I can actually lean into it and stoked to be able to push into a couple turns. It feels good to make a heat after I didn't in the Euro leg and here, either way, I just need a result -- whether that translates to a North America win or just getting into the Triple Crown." Clark needs to earn runner-up or win if Kilian Garland is eliminated before the Semifinals to claim the North America title. - WSL / Johan Pacheco

Just prior, Lucca Mesinas advanced into Round 4 and joins Clark to continue their run for an event win and North America QS title.

"I'm stoked to make that first heat and I know we are all pretty close in the ranking so this contest is super important for me in every aspect," Mesinas said. "I've never been in the prime events which is a big goal of mine and I'll do my best to make all the heats I can at this contest. It would be amazing to be a part of the Hawaiian leg so the 3,000 points here are crucial for me." Mesinas has hit the QS campaign on a mission this year, competing in 12 events from Latin America, to California, to Japan, and Europe. - WSL / Johan Pacheco

North America event wildcard Nolan Rapoza made his opening Round 3 appearance count with an excellent 8.83 (out of a possible 10). Rapoza's effort marked Round 3's highest single-wave score en route to a big win over one of yesterday's standouts Marcos Correa and Brandon Todd, along with seeded surfer Thiago Guimaraes. The 16-year-old continued to show his prowess in the QS after appearances in Europe and awaits a big breakthrough.

"It's funny because it may not look amazing but it reminds me of a fun day at home," Rapoza said. "This year I've just done average on the QS and I feel like a good result is coming so just hoping it's here. It was a little scary riding a new board after having a lot of success on my other equipment, but this board feels great out there. It's always nice to get a wave like that and get a good confidence boost toward the rest of the heat for a win." 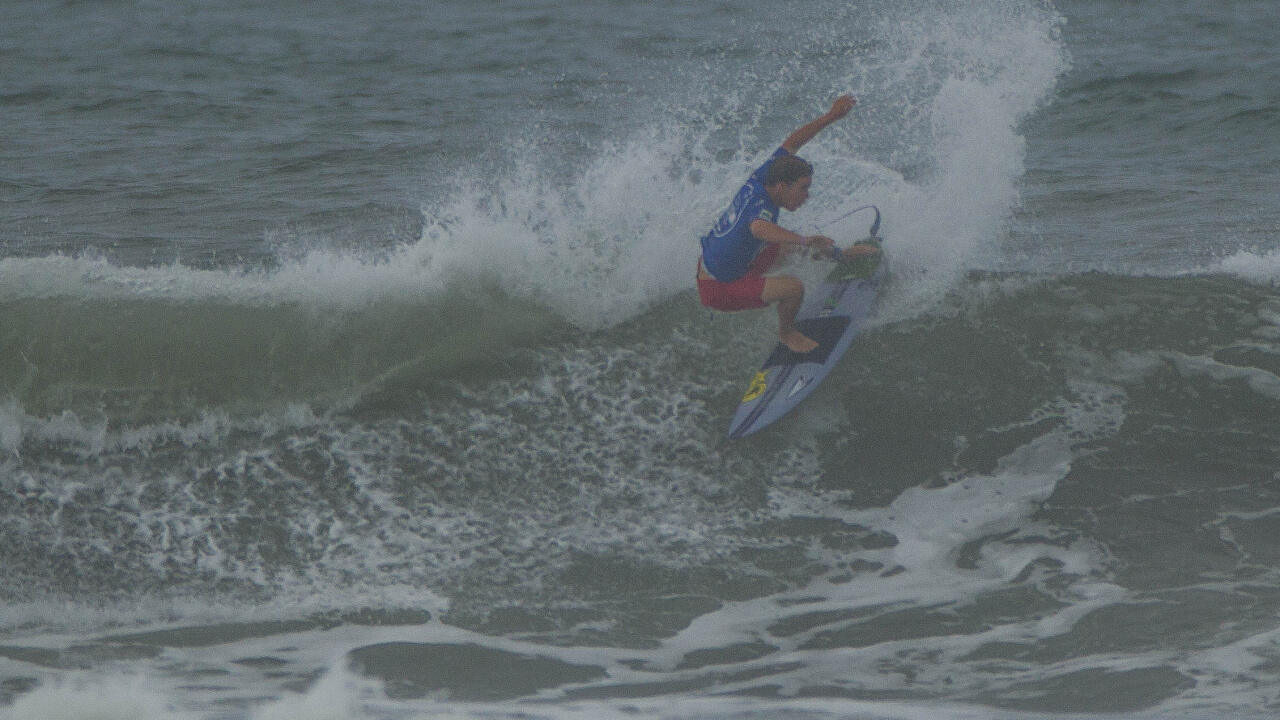 Rapoza came straight out of a runner-up at the RVCA Pro Junior to dominating his opening heat in Costa Rica. - WSL / Johan Pacheco

Charly Quivront continued his charge at the Essential Costa Rica Open Pro with a great performance in Round 3 -- posting an excellent 8.03 and backing it up with a 7.83 to earn Round 3's highest heat total of 15.86 (out of a possible 20). He now moves forward with plenty of momentum to do battle with the top seeded surfers in Round 4.

"There's a couple of fun ones out there and I was able to find a few rights to open up on which was great," Quivront said. "I've been coming here for a few years and I love this place. After just being here in January I feel really comfortable here which helps with my heats for sure. I'm definitely more confident on my frontside and there's plenty of rights out there so I'm stoked to keep going in this event."

Alonso Correa earned Round 3's highest single-wave score with an excellent 8.93 and earned runner-up behind Quivront. Quivront is now two-for-two with heat wins in this event and has plenty of momentum heading into the seeded Round 4. - WSL / Johan Pacheco

Earning the win over good friend Mesinas, Francisco Bellorin turned in a great performance to begin his contest campaign. Bellorin consistently proves to be a threat to the QS elite with his powerful surfing and multitude of maneuvers to choose from during a heat. The Venezuelan has yet to have his breakthrough into the top tier and will look for a big result here with 3,000 points on offer.

"I'm so stoked to be surfing here at a place that feels like home and have a great crew around me," Bellorin said. "But, I know I'll have to surf even better starting tomorrow with the top seeds coming in so I'm looking forward to that. It was great to have Lucca [Mesinas] in that heat and just talk with him in the lineup figuring out scores and situations. I'm stoked that two Latin America surfers made it out of that heat." 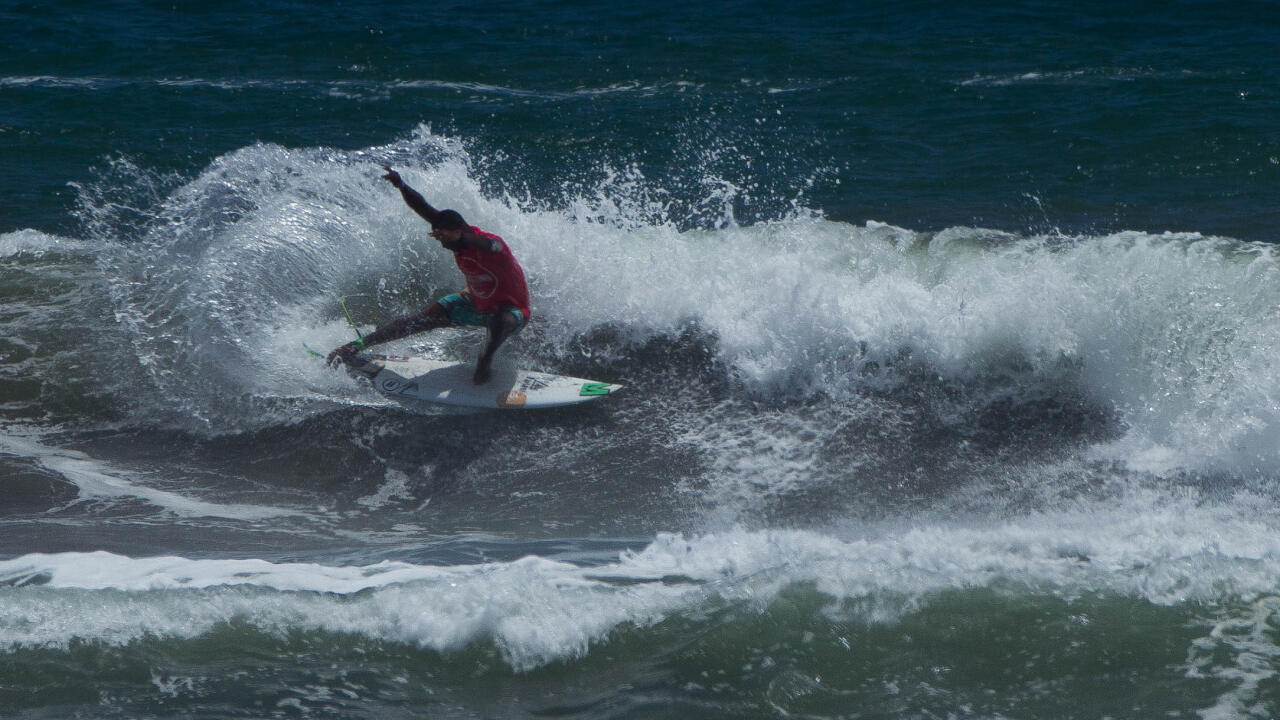