Finals Day Set After More Upsets
1:26
An intense Day 4 of action at the Essential Costa Rica Open Pro QS3,000 determined Quarterfinalists for both the men and women with qualification hopes on the line.

The Essential Costa Rica Open Pro Men's QS3,000 got a quick start this morning, finishing the halted final from yesterday's action before changing to the women's event. However, fireworks followed the women's Round 3 action with an onslaught of excellent scores coming from Ethan Ewing and Vasco Ribeiro.

Ewing began the heat with a near-perfect 9.50 on his backhand with numerous, critical maneuvers until finishing the wave off -- backing it up with 8.73 by the end of the heat for Round 5's highest heat total of 18.23. Vasco had a hefty lead throughout the heat with an 8.00 and 7.00, but ended up comboing the field with his last wave 8.33 to earn runner-up. Ewing earned runner-up himself in Round 6 and marks his fifth Quarterfinal on the WQS in 2016 heading into tomorrow's action. 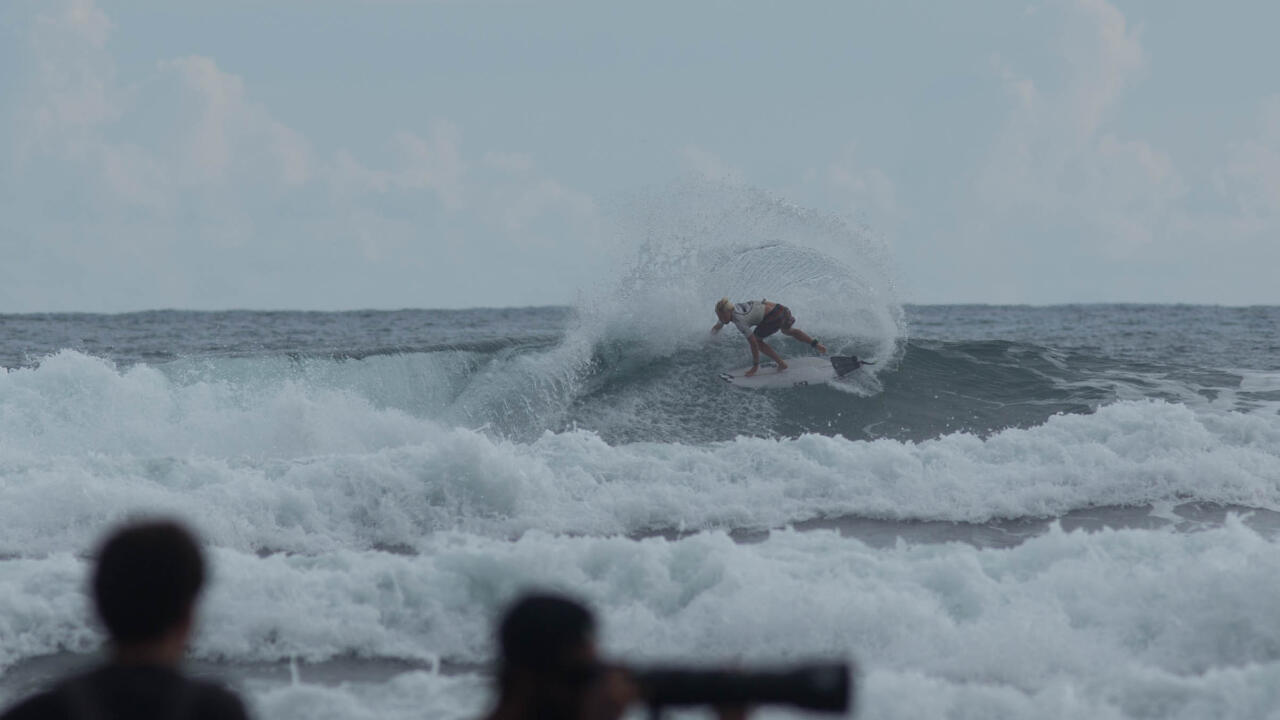 Ewing's first time in Costa has been a fruitful one thus far and after a disappointing Euro leg will look to capitalize on maximum points here. - WSL / Johan Pacheco

"It was just so fun out there, I looked at that first one and let Miguel [Tudela] go on it and the one after that was just perfect," Ewing said. "That was a wave that I just surfed and tried to connect the dots, made sure to finish it -- it was just amazing. After that I settled down a bit and looked for another good one which ended up coming my way." Ewing will have to contest with Frederico Morais in Quarterfinal Heat 2 if he is to capitalize on maximum points after a disappointing Euro leg. - WSL / Johan Pacheco

Noe Mar McGonagle lit up the Esterillos Este in front of a home crowd full of Costa Rican spectators to open up Round 6 of competition. Taking on Ewing, and Round 5 standouts Luke Dillon and Tomas Fernandes, McGonagle took care of business right away with a 16.33 heat total on his first two waves. McGonagle will take on Jordy Collins in the Quarterfinals. 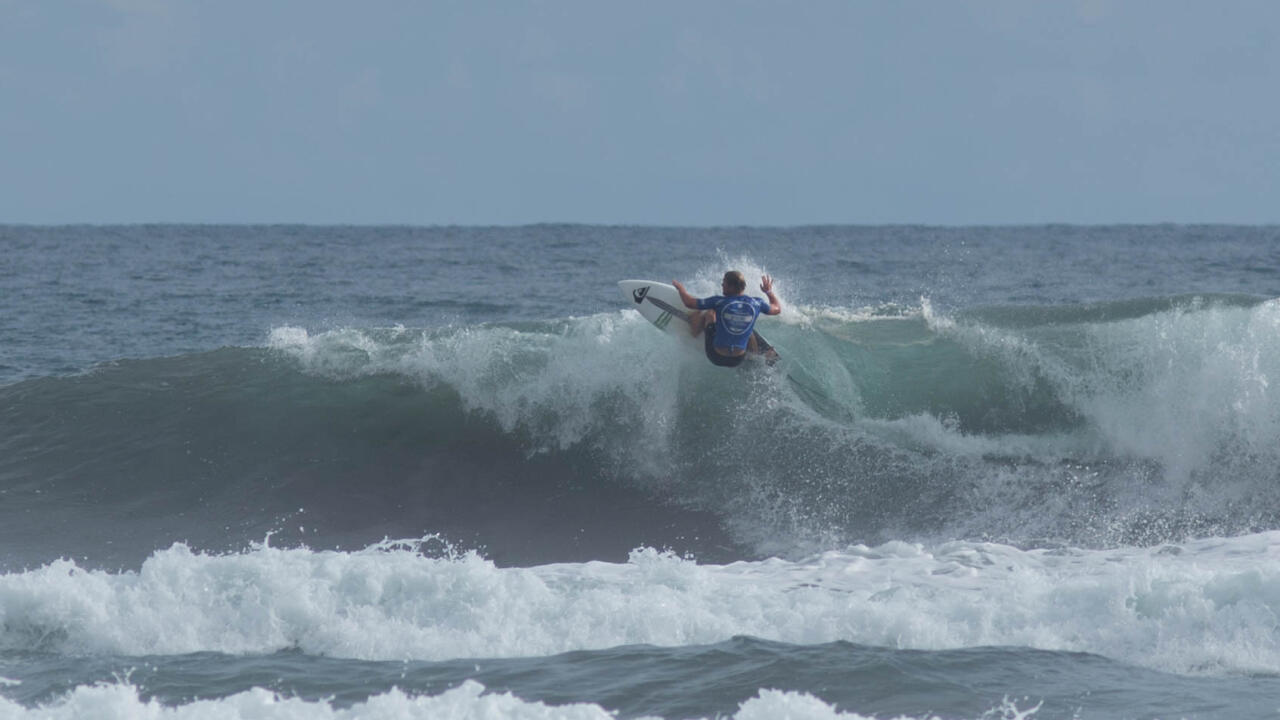 McGonagle hopes to build his seed heading into the final stretch of the year in order to contest in prime events next year. - WSL / Johan Pacheco

"It was really nice to get some fun waves today and stoked to get those two eights right away," McGonagle said. "I really have no experience on this wave until a few days ago and it's differently tricky, but there's some really good ones out there. Just really stoked and hoping I can bring home a win for the home crowd." 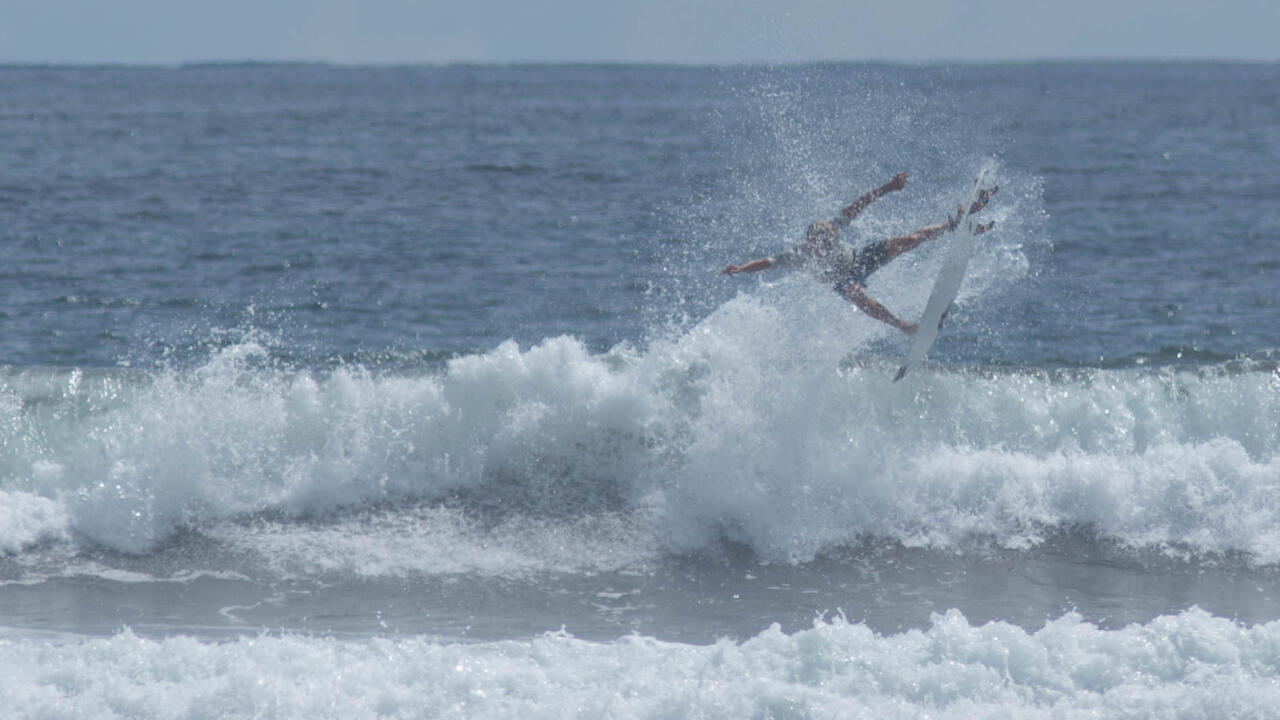 Jordy Collins has found his recipe for success in Costa Rica and will make his first-ever Quarterfinal appearance on the QS at the young age of 17. The California-native began his quest in Round 2 and now finds himself with a chance to continue playing spoiler -- ridding former World Junior Champion Vasco Ribeiro and Santiago Muniz in one heat. Claiming one more QS elite scalp prior, he ended current WQS Deivid Silva's run at earning valuable points toward CT qualification.

"I'm just so stoked right now, this is my best result on the QS and whatever happens tomorrow happens -- I'm just enjoying it all," Collins said. "It really doesn't even feel like I'm surfing heats with it being so fun out there. There's really good sections that form up and with that little bit of wind chop at low tide, it's just so fun. I'm favoring my forehand just being so used to surfing lefts back home and really can't wait for another heat." 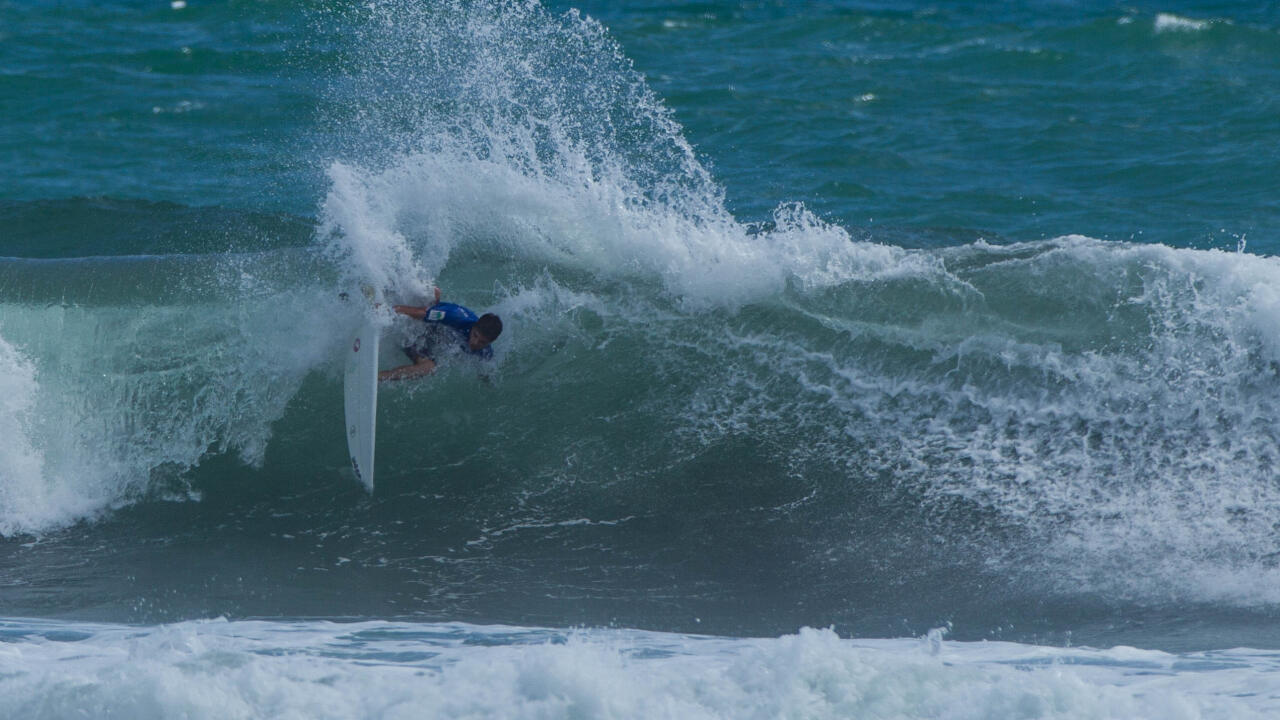 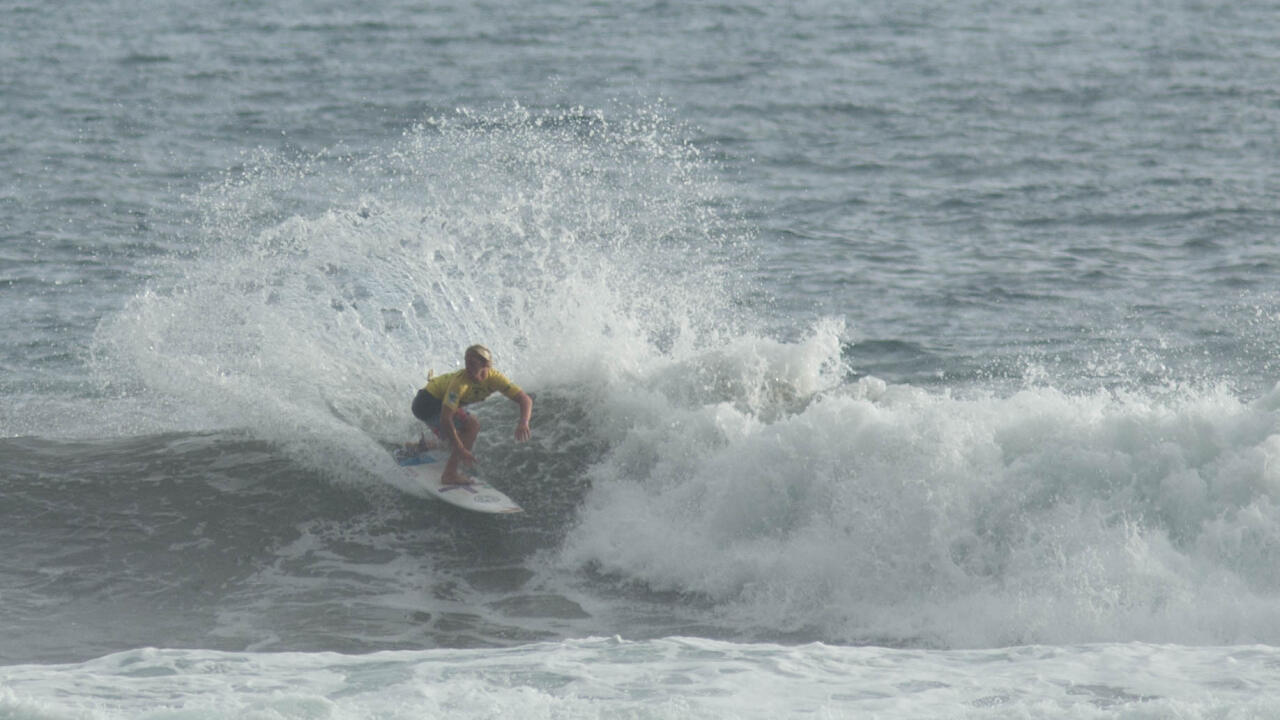