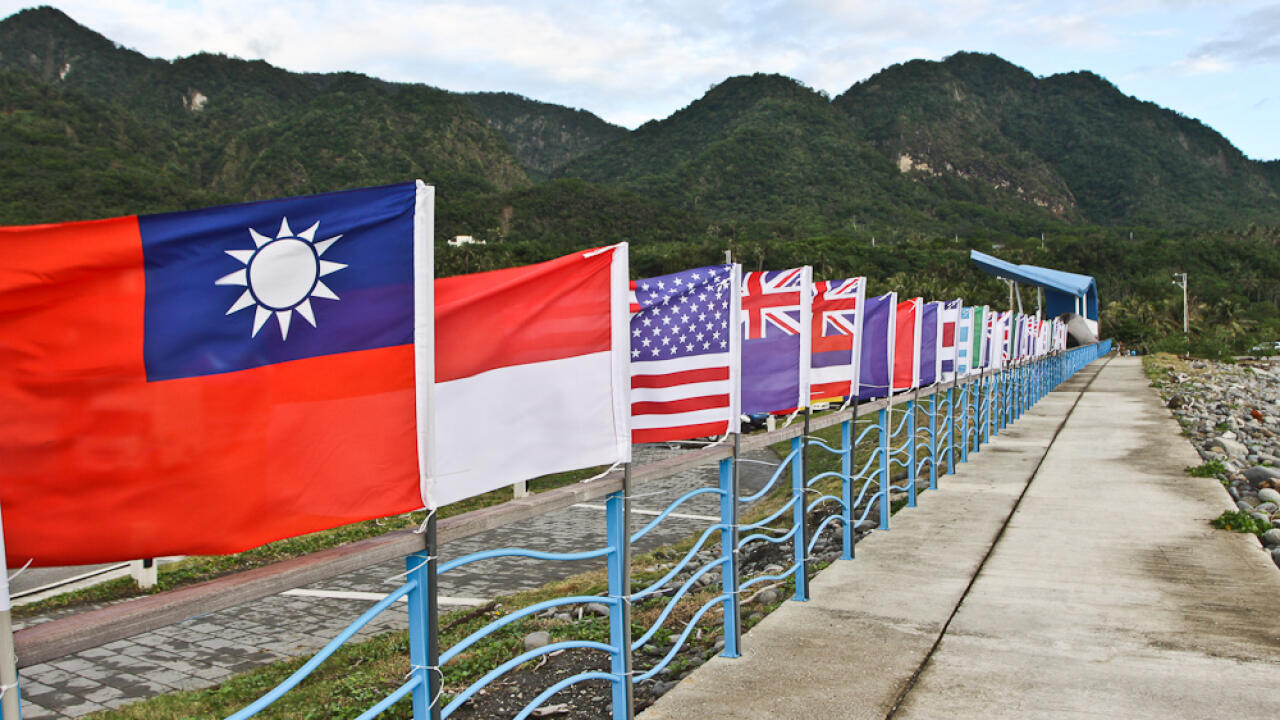 The nations represented at the Taiwan Open of Surfing - WSL / Hain

Competition is underway at the Taiwan Open of Surfing hosted by Taitung County Government with competitors with the Men's Qualifying Series (QS) 1,500 hitting the water at Jinzun Harbour. A deep low pressure system sitting off the coast the surfers were faced with wild conditions for the opening day which ran through all of Round 1 and 6 Heats of Round 2 in windy 3 foot waves.

The early heats of Round 2 saw the top seeds hit the water with Newcastle ripper Jackson Baker (AUS) being one of them. Baker had a slow start to his heat but found a couple of bowling rights which offered the perfect ramp sections for him to take to the air and post a heat total of 12.90 (out if a possible 20) and take the heat win. Jacko Baker with one of many frontside punts during his Round 2 heat win. - WSL / Bennett

"That was definitely an interesting heat for my first one in Taiwan," Baker said. "It was really windy and the spray would get in your eyes which made it tough but the rights definitely had a better shape and were really fun when you got the right one. I overall had a slow heat but it feels good to get a win and make it through to Round 3."

Saxon Lumsden (AUS) was unsure of where to sit in his Round 2 Heat but it didn't show as the young natural footer found his form on the rights at Jinzun Harbour. Lumsden exhibited precise rail carves to post an excellent 8.00 single wave score (out of a possible 10) to take the heat lead in the final minutes and progress into Round 3. "I was so lost out there to be honest," Lumsden said. "I've been at the beach all day watching it and its been changing all day so I had no idea what to do and luckily found a few of those double-ups that offered some scoring potential. I'm liking it here especially if I keep making heats."

Indonesian superstar Oney Anwar started his first ever Taiwan Open of Surfing off with a bang, posting the highest heat total of the contest so far. Finding two early set waves, Anwar mixed powerful rail carves with progressive aerials to win with an excellent heat total of 15.75. "The waves today really suit my surfing," Anwar said. "I can't wait for my next heat, I had so much fun out there. I feel like I was in a good rhythm, I got my two scores really early in the heat. This is a good event for me it's in fun waves and close to home. I'm stoked to make my heat I'm feeling good and my boards feel really good."

Young Japanese competitor Kosei Sawamura had the task of taking on his idol in Round 2 Heat 5. Sawamura came up against Masatoshi Ohno and his nerves did not show as he took of on long left after long left to dominate the heat and overcome Masatoshi who also progressed in second spot. "Masatoshi is my favourite surfer," Sawamura said. "I have surfed against him before but it is always nerve racking. I knew it would be tough to beat him so I just tried to stay calm before my heat and go for the best waves. I feel great after that win."

The highest single wave score of the event so far went to Lliam Mortenson who scored a near perfect 9.25 with a single maneuver, a huge air-reverse. Mortenson needed a solid score to move into first and knew he would have to go big in the dying minutes. With perfect air winds and a great section, Mortenson threw caution out the window and hucked the move of the event thus far. Lliam Mortenson with the definition of a 'Hail Mary.' - WSL / Hain

"I knew I needed a solid score and there was only two minutes left," Mortensen said. "With the wind like it was and that section coming at me it was just perfect to throw something like that and luckily I stuck it and got the score. I'm so happy to make that heat." Behind the contest site is the harbour of Jinzun. - WSL / Bennett