Heading into 2016 it was possible that people were starting to forget about Matt Wilkinson. Sure, we were all familiar with his colorful personality, how he'd show up to comps on rollerblades or wear custom fullsuits with women's breasts all over them (for breast-cancer awareness); he was the Samsung Galaxy Championship Tour's class clown and certainly, it was a welcome ray of light to the league. 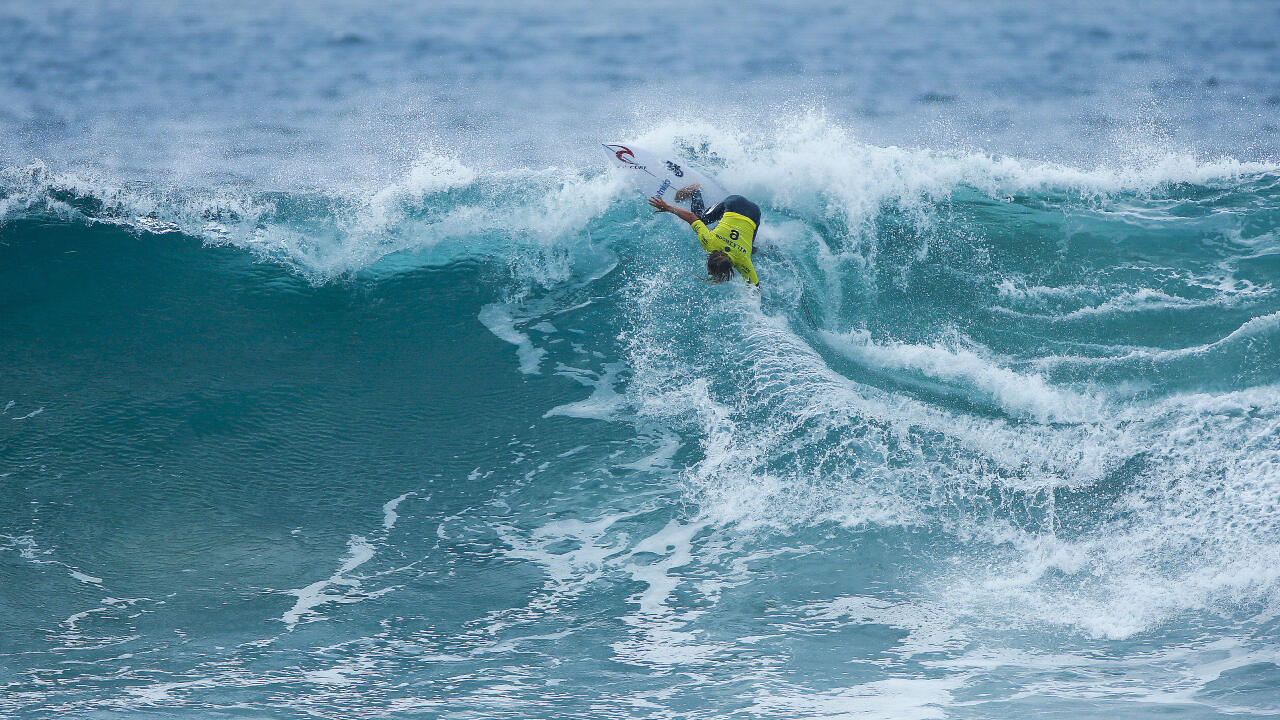 But maybe the gimmick was getting played out and getting in the way of his, well, actual surfing. Maybe Wilko just decided to take things a touch more seriously.

Wilko Wears His Yellow Well
0:50
Matt Wilkinson on wearing yellow and the confidence it brings with it.

Thus, by February, Wilko had been working closely with former CT competitor, now-coach, Glenn "Micro" Hall and started the year with a bang by winning the QS 6K at Merewether Beach. He followed that up with a win at the Quiksilver Gold Coast Pro, stunning fellow CT warriors and fans alike with his relentless backhand attack and newfound competitive energy.

He also wasn't done yet and followed the Goldy with another shocking win at Bells, earning himself a giant No. 1 lead in the rankings (plus a yellow jersey he'd have on for half the year). Indeed, it seemed like Wilko had suddenly become untouchable in roping righthanders, leaving the surf world guessing about some kind of secret ingredient in his morning chia bowl, or if Glenn Micro Hall was some kind of coaching savant.

Wilko Bags His Second Win
1:34
Get the play-by-play of how the surfers' massive heat went down.

Regardless, for a guy that was usually finishing in the No. 18-24 spots on tour for the last five years, Wilko had become a serious threat out of nowhere.

Check out some of the biggest moments from the Rip Curl Pro Bells Beach.