Imagery of the "old ball coach" is woven deeply into the sporting fabric. The necessity is obvious - in-game adjustments, practice and training. The coach screaming at his players from the sidelines, veins popping out of his neck like he's about to burst, is as much a part of mainstream sports as picking up a ball or swinging a bat or standing in goal.

But surf coaching? In such a traditionally - and sometimes fiercely - individual sport, it's probably hard for the outsider to justify. "Why do they need coaches? Just go catch better waves than the other surfer."

But over the last five years, coaching and professional surfing have become synonymous. It's difficult to find surfers on tour who roll without a coach.

Some of the savviest competitors in the history of our sport have turned their attention to helping other surfers become, well, savvier. What does that mean, though? It doesn't start when the bell rings. This is an anatomy of a surf coach.

The bones of surf coaching come down to being a good mentor, first and foremost. Creating a relationship where an athlete in an individualized sport has someone to bounce ideas off of, hear feedback, and then create competitive strategies.

This encompasses a lot, from designing schedules where athletes look to surf first (of course), then analyzing performances. But the basic framework of being a coach in the surfing world mostly starts with the mental aspect. 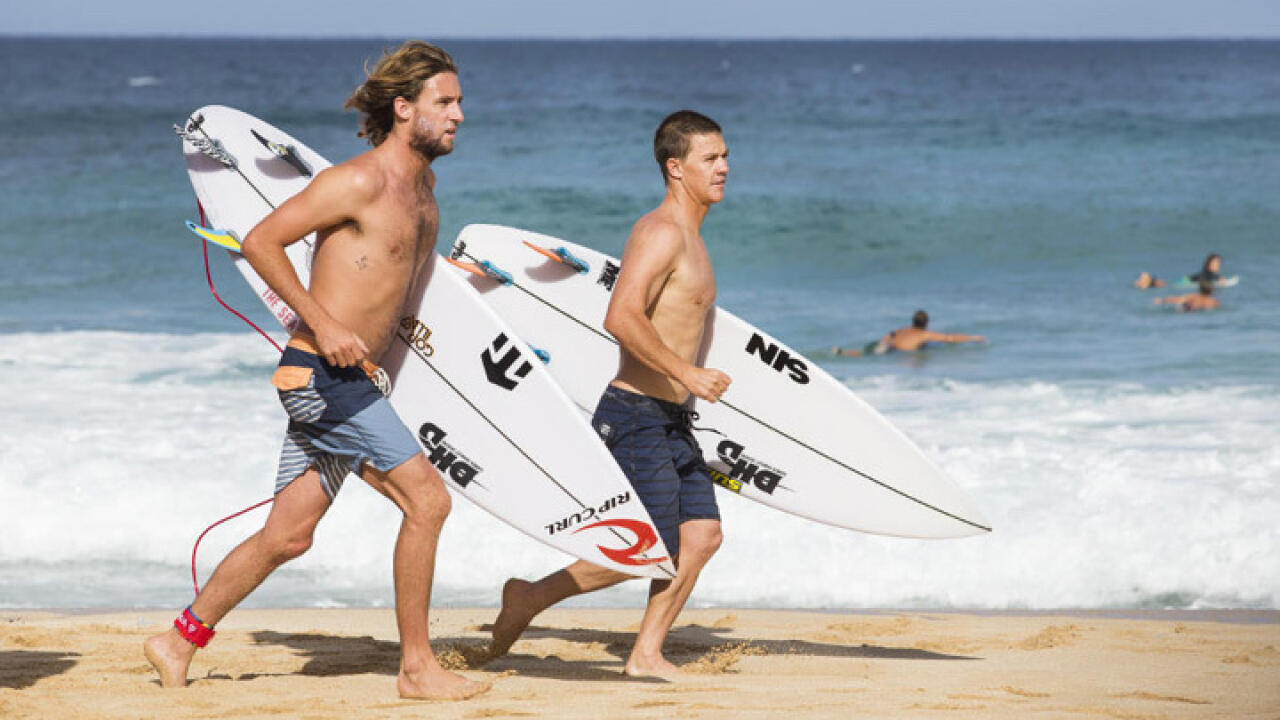 "Everyone has a different personality," Mike Parsons told me. Parsons, of course, helps Kolohe Andino, Lakey Peterson, and Caroline Marks. "They're all different people and you have to know what to say and what not to say, learning their personalities to get the best out of them. A good coach empowers athletes."

As surfers tend to be, CTrs are individualistic and want to know they're in charge of their own destiny.

"They steer the ship," says former tour staple Glenn Hall, who like most coaches, has been working with surfers via video conferencing due to the pandemic.

"It's an individual sport, that will always be the case. It can get ugly if a coach becomes too directive so I remind them I'm just here to guard them. I won't judge them, take it or leave it, no one's the boss. At the end of the day, we're in it together."

Each coach I spoke with was sure to emphasize the careful balance that must be kept. "I treat my surfers with their personality and goals in mind, separate from each other," said Ross Williams, who works with one of the most high-profile surfers alive. 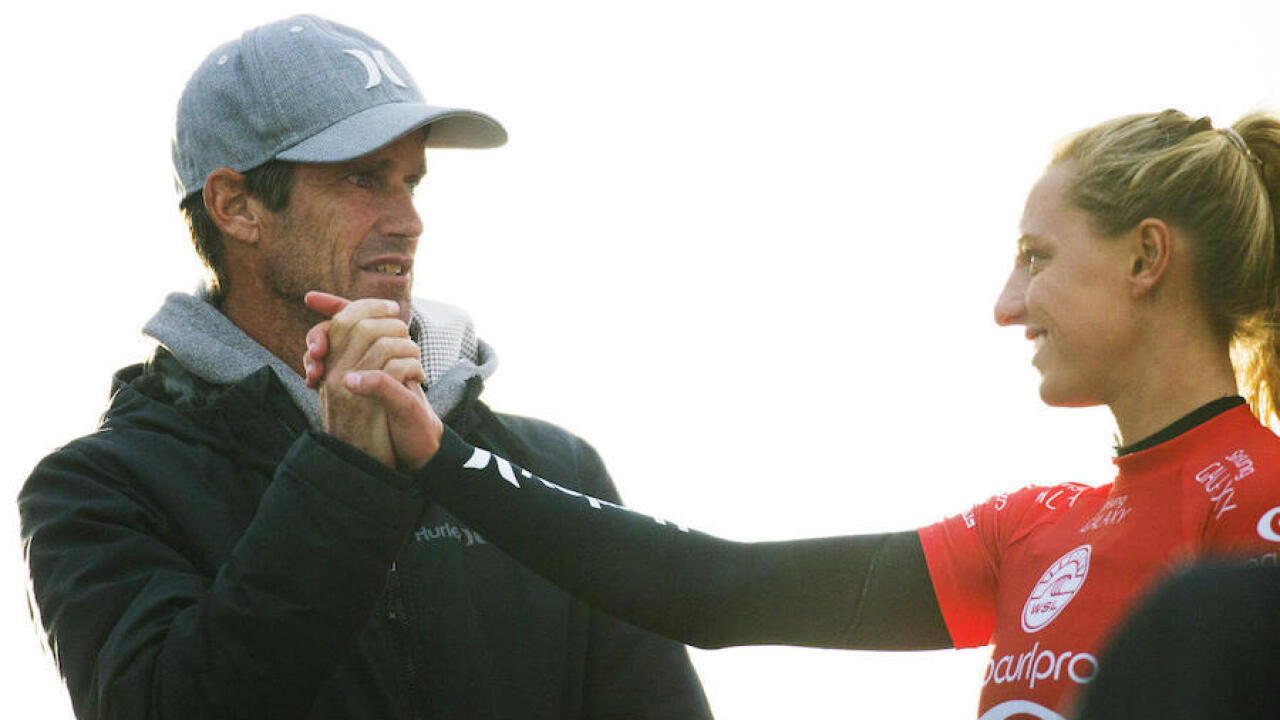 "For someone like John John, it's more fine-tuning and maximizing his talent both in and out of a jersey, creating good habits and solid technique. Some surfers are very analytical and socially vibrant while others are reserved or even sensitive to new things or critique. You need to pick your moments and hope you can nurture their brains while they're open to it. It's a discussion and a journey for us as a team."

During a run-up to a season or contest, most coaches use routines based on the sea: if the surf's good, they're in the water. If it's not, they might participate in a training workout alongside their surfers, review film, or communicate with shapers about equipment for their athletes, getting admin tasks done. But mostly it's helping surfers navigate the mental pitfalls. Both Hall and Parsons have learned to use nuance in tough situations.

Parson coaches two of the best female surfers in the world. Both desperately want titles ("It's tricky, but they both realize they help each other," he said). Hall, on the other hand, helped Owen Wright in his comeback from arguably the most serious head injury ever suffered by a CT competitor.

He's long worked with Owen's sister and two-time world champ Tyler, who navigated illness and burnout in recent years. "Tyler has had a long career from a young age so a break from the tour was just around the corner regardless, in my opinion," he said. "So she had that break she needed (with the illness in 2019). I was just there in a friend role. But the break was a positive, and now she's rarin' to go once we're through this."

"I'm always stoked to be with Glenn," Conner Coffin told me. "When things are going good, when you're making heats, it's easy. You need the coaches more when you're losing.

He's really good at always being there to lift me up, if I surf a good heat and lose, I have a tendency to beat myself up. He's there to remind me, ‘No this was our plan, you've got two heats, the other guy just had a better heat.' Those are the times I really appreciate him."

If mental preparation and mentorship are the bones, game day action is the muscle that makes the skeleton move. Choosing boards to match the conditions, talking about other surfers' tendencies and how to exploit them, and heat strategies are important aspects of life on tour that athletes don't have to face alone anymore.

And while all the coaches interviewed emphasized that duties outside the contest make up the majority of their workload, contest work will always be the most visible as cameras scan the coaches to get emotional reactions to up the drama. But there's legitimate curiosity there. What the hell are they saying and doing behind the scenes?

"I look at each CT event as a 14-day process," Parsons said. "The first five days we narrow boards down to one or two, we watch vid, we learn the lineup, do mock heats and work as sparring partners. We handle those things so they're confident in the boards they're riding and get those things behind them so once they're out in the heat, the work has been done."

Hall, who calls being with Owen Wright when he won Snapper in 2017 after his comeback one of the best days of his coaching career, keeps it basic. "For me, it's more about putting out fires," he said.

"I want to keep things as simple as possible, remind them of their routine. That can encompass everything from getting them breakfast, to going for a free surf with them to deciding between a 6'0″ and a 5′ 11″. I keep things short and simple and try and make their life as clear as possible - help them walk the head noise out and keep as calm and relaxed as possible."

Still think surf coaches are a farce? There's too much at stake these days to leave anything to pass. "Most surfers are naturally artists and expressionist first, competitors second," says Williams. "Some surfers are gifted with that raw energy and knack for winning but most of us could use a little guidance or at least a sounding board to better our surfing.

Yes, there are individuals out there that simply want to have fun in the water. Or someone like Kelly Slater, who is such a brilliant competitor and has the personality that might not jive with outside info. But it's becoming very common to have a coach these days. Surfers are seeing the benefit."

In just three years, the Australian-born coach has achieved some incredible results, including a career turnaround and two World Titles.

After his last heat at the 2015 Billabong Pipe Masters, Ireland's sole CT rep discussed his plans for life post-Tour.

Glenn Hall surfed the final heat of his competitive career at the Billabong Pipe Masters.