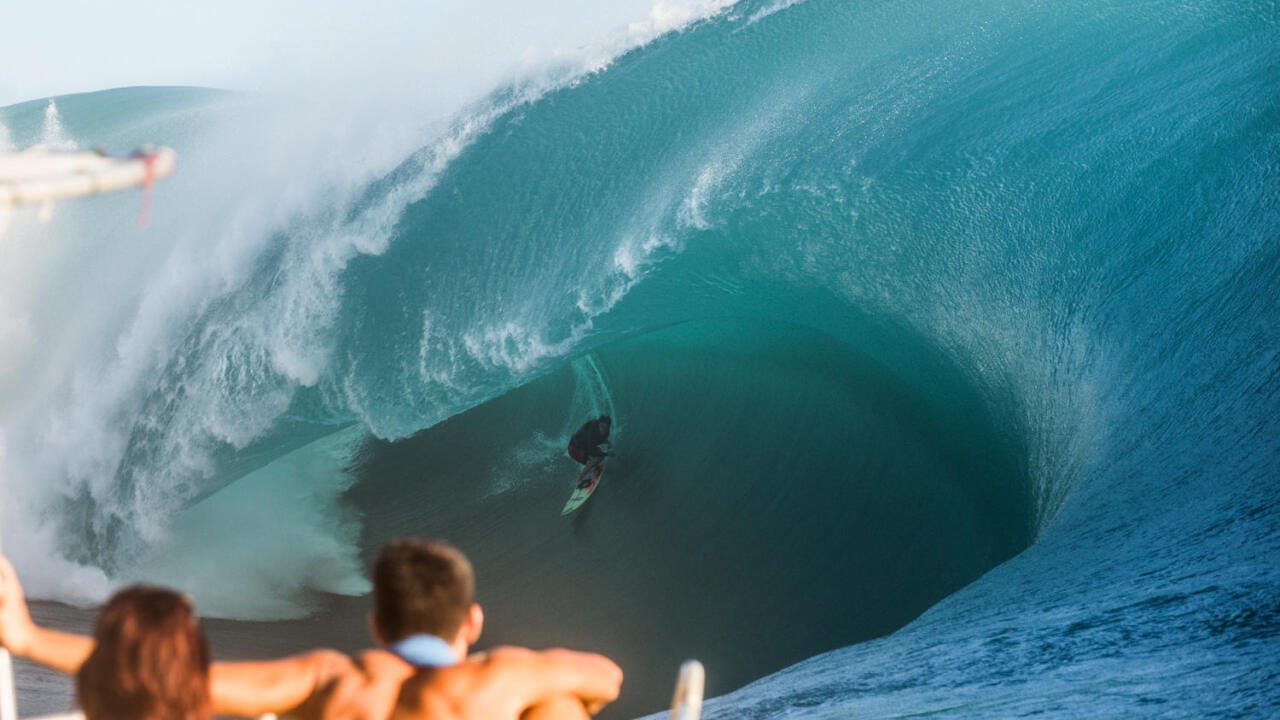 But this winter, Kennelly achieved yet another first: She was invited to the Quiksilver in Memory of Eddie Aikau as an alternate. It is the first time that a woman has been included on the invitee list for the prestigious big wave contest.

The historic invitation came on the heels of another history-making moment, the first-ever women's big-wave contest on the WSL's Big Wave Tour (BWT). Kennelly was at that event, too, although her run was cut short when a wipeout sent her to the hospital. As she recovered from the injury, she hopped on the phone to discuss what all these big moments mean, and how soon she might be back in the water.

When I was a little girl growing up on #Kauai I had many heros from #LairdHamilton to #TitusKinimaka #AndyIrons #BruceIrons and on and on... but I had one #hero I never got to meet and that was #EddieAikau. I revered this beautiful Hawaiian man that rode these mountains of water with such style and grace. So much so that he was the subject of an essay I wrote in Hawaiian history class in 7th grade. The posters I collected from #TheEddie big wave event every year were some of my most prized possessions as a kid and I was beyond proud when my brother #BruceIrons won the contest a few years back. I never thought I would see the day that a woman would be invited to #TheEddie. To be the first... there are no words to describe what an #Honor this is for me I would like to thank #ClydeAikau and the entire #Aikau family. I am so humbled right now. #KKWouldGo!

WSL: Did you know that you were going to be named as an alternate in the Eddie?
Keala Kennelly: Not at all. I was on a trip in Europe, and I got back to Los Angeles and my phone started blowing up on arrival. I was like, ‘Why do I have all these texts?' Everybody's congratulating me, and I thought, ‘What did I do?' And yeah, I was shocked and honored.

The Eddie is...this mystical thing that is ingrained in Hawaiian culture. I never thought that I would be a woman invited in my lifetime.

I grew up in Hawaii, so the Eddie is this legendary thing. When I was a little girl, I had all the Eddie Aikau posters on my wall. It's this mystical thing that is ingrained in Hawaiian culture. I never thought that I would be a woman invited in my lifetime. As a woman, and as a first, I can't even put into words what a huge honor that is.

Once you got home and absorbed the news, did you connect with Clyde Aikau or the rest of the family?
I posted something on my Instagram hoping that he would read it, because I am really grateful to the Aikau family for such a big honor. I would love to tell him that personally, which is why I'm so bummed I missed the ceremony. Just to say it and do the paddle-out. You also recently made history at another historic event, the women's Pe'ahi Challenge. What was your take on the experience?
I thought it was rad! I would have loved it if it had been a little less windy. It's way more challenging when you have that stiff wind, that makes things harder, and you saw a lot more wipeouts in both the men's and the women's. But I was stoked, I was feeling really confident. Even when I took that first set on the head, and I was like, 'Yeah, awesome.'

Pe'ahi was the start of a whole new chapter. And it felt really natural.

This was the start of a whole new chapter. And it felt really natural, like 'this is how it's supposed to go down.'

And yet, it wasn't the easiest of days for you, and you left with an injury. What happened out there?
When you're backside on any wave, you're not facing the wave, so your peripheral - you can only see about 11'o'clock without completely jerking your head around. And I thought I was already on the shoulder and had made the wave and was getting ready to head for the channel. But lo and behold, there was a hammer about to be dropped on me. I got completely caught off guard by this west bowl lip that came down and exploded behind me. I think the pressure of it hyperextended my knee in an unnatural way that tore a muscle - I tore this little muscle right behind my knee that attaches your calf to the back of your knee called the popliteus. It's a tiny little muscle but it's really painful when it tears. It saved my ligament from tearing which kept me off the surgeon's table, but poor muscles take a while to heal too.

Big Wave Performance Nomination
Kennelly has both been nominated for and won numerous big wave awards. In 2015, she was again among the nominees.

You've said that, in recent years, there was a point at which you thought about quitting professional surfing. So what is it that keeps you going?
Passion. When they called that Jaws event at our end, you get butterflies. You forget all the BS and the stuff you don't like.

When they called that Jaws event at our end, you get butterflies. You forget all the BS and the stuff you don't like.

I don't do this to make money, I put myself in debt to do this. I think that's why I was so frustrated -- I have incurred so much debt chasing swells and chasing my passion, it comes to a point where I think, I can't do this anymore. I guess that's why I was discouraged -- there I was, breaking all these records, and I don't feel like I can call myself a professional surfer anymore because if you are a professional, you are getting paid. That is a career, you get paid. And instead it feels more like I have a really expensive hobby. What's missing? What's one thing that you think just might not be translating to potential sponsors?
What they're missing is how inspiring big-wave surfers are. Not just to women, but to men as well. But especially to women. Right now at a time when we could really use some strong female role models -- especially after this last election, where we thought we were going to have a woman president and then we got the antithesis of that. What do we tell our daughters right now? We need some heroes.

Hawaiian native Paige Alms made history on November 11 when she became the first woman to win the Pe'ahi Challenge.