Seth Moniz is the youngest of the famous Moniz surfing clan. His father, Tony, was one of the most respected Hawaiian pros and big wave surfers of the 1980s and 1990s. Tony and his wife Tammy have five children, who are all exceptional surfers: There's Kelia, a two-time World Longboard Champion, and Josh, who is a former ISA World Junior Champion.

But this winter Seth, with his mix of progressive and hard-charging surf abilities, took a big step into the limelight. With consistent swell on tap, the ever-smiling 19-year-old's efforts at Pipe earned respect and praise from the North Shore community and beyond. Seth in yet another Backdoor tube from the winter. - WSL / Kelly Cestari

"I felt a lot more confident out at Pipe this year," Moniz told WSL. "I think people are noticing that I want the sets and I'm not going to sit on the shoulder. I wanted to make a statement that I was out there to get the best waves possible."

That attitude netted him some of the heaviest tubes of the winter, as well as a fourth place in the Da Hui Backdoor Shootout. Seth was also the first on hand to help with the rescue of Pipe legend Kalani Chapman, who Seth found floating unconscious after a Pipe wipeout. However, there is more to Moniz' surfing than just his big-wave act. Explosive and acrobatic, he has the surfing mechanics to make a name for himself on the Championship Tour and has set his goals high.

"Last year was my first run on the QS [Qualifying Series], but I didn't give it a 100 percent," he said. "I experienced losing a lot, and that was a big change coming from the juniors where you think you are killing it, then you hit the QS and are getting beat by experienced competitors. This year I am taking it way more seriously. I'll be traveling with my brother Josh, and I need to improve my ranking a lot." Seth has already proved he's got his family's big-wave chops. He earned a paddle-in nomination at the Big Wave Awards for his performance at Jaws. - WSL / Danny Ecker

Moniz finished well outside the top 100 in 2016 and relied on his considerable family support to deal with the cutthroat world on the QS. "My mum and dad will always text after a loss and say, ‘Good job and we still love you,'" he says. "Their advice is that there is always another event. They just tell me that I have to learn how to lose, because on the QS you lose way more than you win." 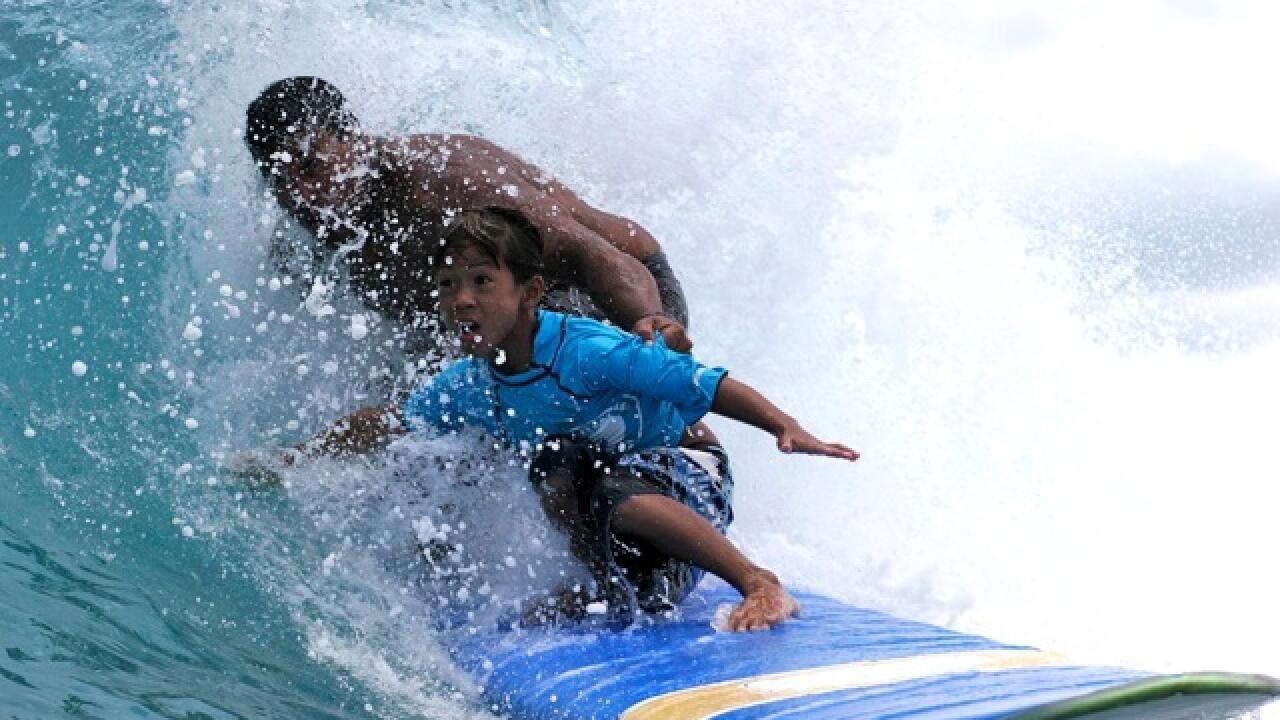 Since the very beginning Tony has always been giving his youngest son a guiding hand. - WSL

In 2017 though, Moniz is hoping to experience at least some of that winning feeling, with his ultimate goal being a spot on the CT. "I found out pretty quickly that I don't want to be on the QS for too long, I just want to get out of there and make the CT. I have to set my goals higher. There's guys that have been on the tour for 10 years and I don't know if I have that in me."

The first step in that process is the Australian leg of the tour, where his winter heroics at Pipe will count for zero. "I'm trying to get into the Volcom event at Pipe, and then I'll head straight for the Aussie leg," he says. "So it's straight from Pipe to Newcastle and Manly, but that's the QS. You have to surf everything well to be a success."