There are some trophies in surfing that mean more than others. Sure the famous Bell of the Rip Curl Pro stands out, as does the perpetual bronze sculpture of the Pipeline Masters. However, courtesy of its 30-year history, and its link to the great Mark Richards, the MR Trophy, awarded to the winner in Newcastle every year has to be considered one of the sport's most coveted. 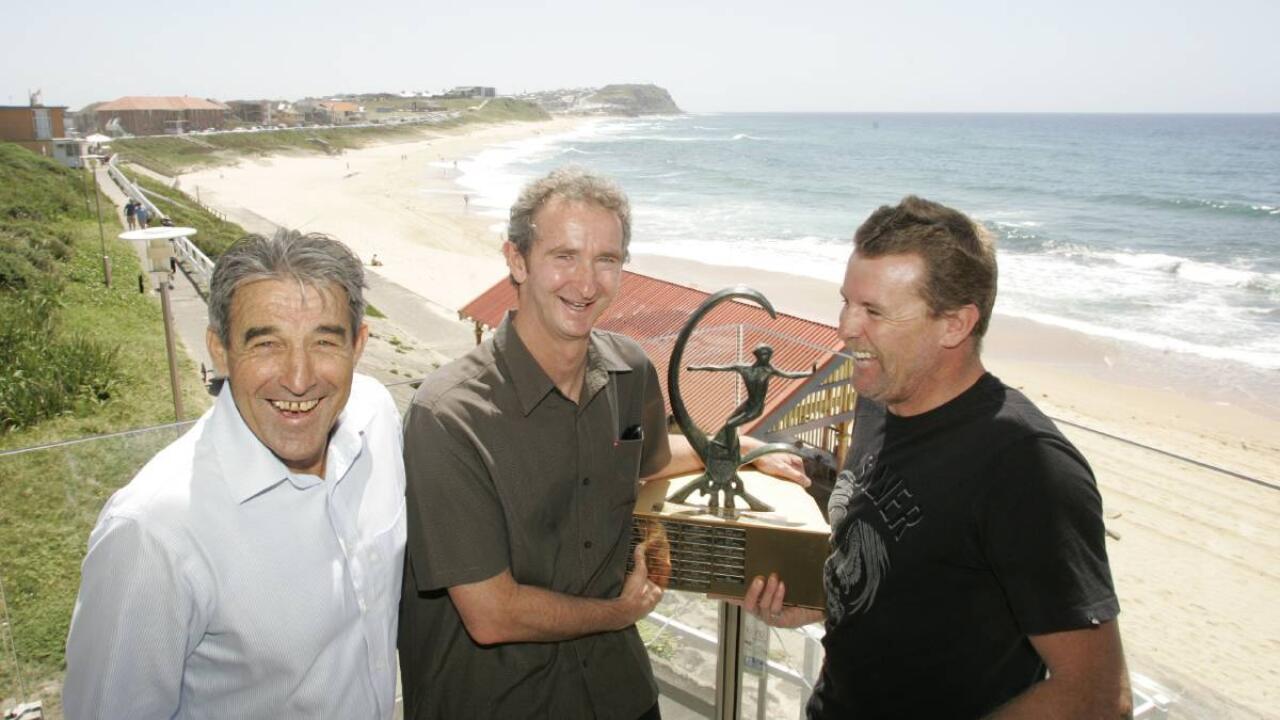 "I think with the trophy being named after Mark Richards, that adds something special," Mick Fanning, a three-time winner, told the WSL. "Over the years so many amazing surfers have competed in the event, and with its history reaching back to the BHP days, it has real prestige."

The winners' list, one of the most stacked on tour, has the names Curren, Occhilupo, Hardman, Carroll, Lynch, Fanning, Slater, De Souza, Parkinson, Botha, Zamba, Burridge and Gilmore inscribed. It is a reflection of an event that has a truly unique place in the sport. Parko has been a regular visitor for over 15 years and raised the MR Trophy in 2014. - WSL / Steve Robertson

Now in its 32nd year, Surfest, as the week of professional and community surfing events is known, kicks off February 20. Headlined by the QS6000 Maitland and Port Stephens Pro, the event is unique in that it has had the same contest director, Warren "Wazza" Smith, and volunteer staff since the very first year.

A local lifeguard until his retirement last year, Smith has single-handedly ensured the running of the event, even going so far as to remortgage his own home at one stage to ensure that the show went on. It might not have the budget for super structures or a huge VIP lounge, but Smith and his trusted gang, plus the people of Newcastle, ensure such a legendary warm welcome that many surfers say that it's one of their favorite stops on tour. "We are all surfers and feel extremely lucky to be able to present a WSL event," Smith said. "The main thing is we just love doing it. It is as simple as that. It has never been about money, but about having a good time and welcoming the best surfers in the world to our waves."

The inaugural event ran in 1985, when the city founders were keen to rid the former steelmaking town of its industrial image and showcase its beautiful beaches. It was developed by the BHP Steel International, which at the time was the richest professional surfing event in the world. Held at Newcastle Beach, it attracted the world's best surfers (Tom Curren won that first year) and some of the biggest crowds ever seen for a surf competition. Throughout various sponsor and name changes the contest stayed at Newcastle Beach until 2007, when it relocated three miles south to Merewether Beach. Merewether Beach was named an Australian National Surfing Reserve in 2009 and is home to the great Mark Richards, as well as famous surfers Luke Egan, Matt Hoy and Nick Wood. The location means organizers can utilize the famous Merewether Point righthanders in the strong southerly swells, and the groomed beachbreaks just to the north at Dixon Park, which love big northeast cyclone swells. Last year Matt Wilkinson won at Newcastle and used the event as a springboard to his most successful year ever. - WSL / Sproule

Over the years Surfest has also been famous for innovative concepts. In 2004 Layne Beachley, the 7x World Champion, became the first women's wildcard in a men's QS event, where she was drawn against the reigning World Champ Andy Irons. A crowd estimated of more than 40,000 watched a slight boil-over as the two Champs came in 3rd and 4th in the heat.

A few years later, the organizers gathered a then-record 10 past and present World Champions for an expressions session, that ran just before the Final. And in 2016 the women's QS event was the first international sporting event to be crowdfunded, an approach that organizers took again this year. It is perhaps no surprise, then, that some of the world's best surfers, from Sally Fitzgibbons and Matt Wilkinson, to up-and-comers like 13-year-old Zahli Kelly, come back to compete in Newcastle year after year. For the top dogs, it's an early warmup for the elite Championship Tour (CT) season. For the emerging stars, it's a chance to test their mettle against peers and titans. And for the fans who flock to the beach (and screens) to watch, it's a chance to see some of the greats -- and the promise of who's coming up to take the torch.

Catch history in action from February 20-26.