Plain and simple, the Volcom Pipe Pro is perennially the most diverse group of pro surfers competing in a contest on the planet.

In a normal Qualifying Series (QS) event, you've really only got your guys chasing QS points (to qualify for the Championship Tour) or your CT competitors securing their place for next year's tour. Not many wildcards or curveballs outside that structure.

But the Volcom Pipe Pro? Hell, you could have a four-man heat with a World Champ, a living Pipeline legend, an underground no-name and a 14-year-old kid. Every heat is nothing but normal and every single guy is trying to prove himself at the most famous, most deadly, most photographed and dreamed-about wave on Earth. These different slices of surf world pie also don't all have the same motivation out there. Which, usually, are points and/or prize money. And while the following clusters still don't even cover all of the different kinds of competitors in the Volcom Pipe Pro, at least you can get a sense of what this prestigious event means to most of them. San Clemente's Nate Yeomans searches for the pits at the Pipe Pro, but doesn't mind the points either. - WSL / Brian Bielmann/Volcom

The QS Grinder
Sure, the Volcom Pipe Pro isn't a 10K-point event -- or even a 6K -- but 3,000 points at the start of the season certainly isn't anything to shrug off. Especially when you're sharing potentially epic Pipeline with three other gentlemen. Nonetheless, guys on last year's bubble who were painfully close to qualifying for the CT -- like Jesse Mendes, Bino Lopes or Torrey Meister -- use the Volcom Pipe Pro not only as an opportunity to surf one of the best waves in the world without a crowd, but as a springboard for their 2017 campaigns. And honestly, what better way to kick off your QS year than a few intense pits at Pipe or Backdoor? Recognize this CT slugger? Of course you do; Slater's always a Pipe Pro favorite. - WSL / Freesurf/Heff

The Top 34 CT Guy
Commonly, if a Top 34 CT competitor is doing a QS event, it's a 10,000-pointer, maybe a 6K-minimum to gain some extra zeroes in order to secure their standing within the Top 22. In other words, guys like Josh Kerr, Adriano de Souza and Wiggolly Dantas aren't necessarily surfing the Volcom Pipe Pro to qualify by year's end. In short, for the CT guy, the Volcom Pipe Pro is another chance to surf Pipe nearly alone, and more importantly, a chance to actually win out there. Guys like Wiggolly and Adriano have finaled in the Volcom Pipe Pro before and, of course, CT heroes like John John Florence and Kelly Slater have won the event (multiple times). In a way, the Volcom Pipe Pro just means "rematch" for Florence to Slater's win from last year. 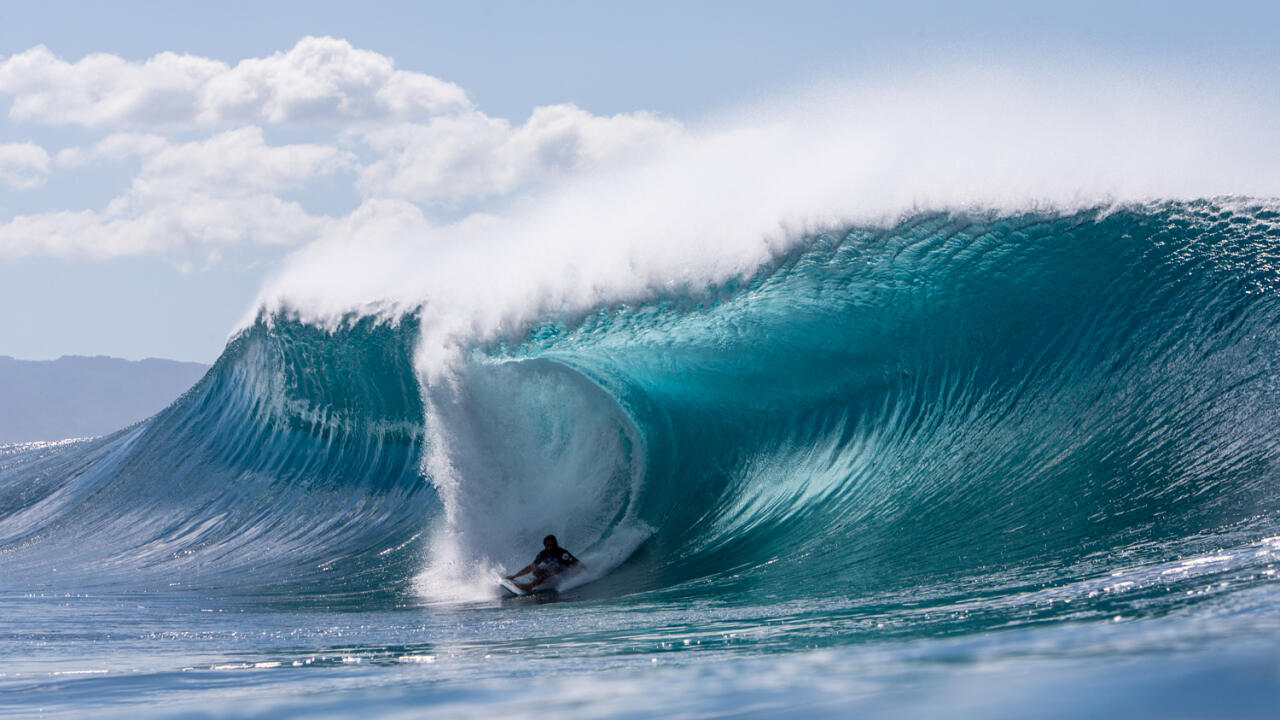 The International Guy
Like most major QS events, the field is a virtual Small World Disney ride of gents repping every flag around the globe -- that is, every flag for countries with coastlines. And while the same goes for the Volcom Pipe Pro, what's different about this event is how difficult a break Pipeline is to practice at, pre-heat. Specifically, with catching waves. Thus, what makes the Pipe Pro so interesting is how a jersey clears the slate and a guy from Morocco or Costa Rica has the same chance at getting a bomb out there as a 20-year local. Many times, as in the case of Uruguay's Marco Giorgi, who advanced to the Semifinals last year, an unknown soldier will surprise the world (and, probably himself) at the event. For the lesser-known international guy, the Volcom Pipe Pro is your chance to prove yourself at one of the world's greatest waves, and perhaps, put your country on the world tour's map.

The Pipeline Loyalist
This is the deadly chunk of Volcom Pipe Pro competitors that literally make a living out of surfing Pipeline. Winter after winter, these are the guys that have worked their way up from the bottom of Pipe's notorious pecking order, taken the beatings, sustained the injuries, learned the break's intimate intricacies and gotten hours worth of tube time at this iconic break. Most of these men are from Hawaii, and most aren't necessarily trying to qualify for the CT. It's guys like Jamie O'Brien, Mikey Bruneau, Koa Rothman and Danny Fuller, all of whom who are totally capable of finaling and even winning. To a Pipeline Loyalist, the Volcom Pipe Pro means a chance at proving to the world that they can beat the world's very best surfers at the world's very best wave. Maui's Kaimana Henry isn't really underground, but he sure makes his mark every year at the Pipe playing field. - WSL / Freesurf/Heff

The Underground Guy
While this sub-genre might blend a little with the Pipe Loyalist, you can't deny that year after year, there's a whole lotta names in the draw that you might not recognize outside of Hawaii. These are underground heavies from Oahu's North Shore, east, west and south shores, combined with outer-island names that have been crushing it at Pipeline for decades. What's the Volcom Pipe Pro mean to these guys? Besides a chance to surf Pipe with three others, probably a good way to turn that "underground" title into something a bit more recognizable with the right wave. The Underage Grom
These are the green adolescent grommets that have a chance in front of the whole world stage to shine -- and step up to the plate. These are the kids in the recent past like Parker Coffin, Griffin Colapinto, Jack Robinson and Finn McGill who found themselves in very proper Pipeline, were in position for a 10-foot tee-pee and threw themselves over the ledge. To these guys, the Volcom Pipe Pro is an opportunity, whether they know it or not, to transform from boy to man over a million different screens.

The Modern Icons
These are the guys that have been around the block and still continue to blow minds. Guys like Bruce Irons who've actually won the event (before it was the Volcom Pipe Pro) and continually Final. Perpetual Triple Crown threats like Myles Padaca or guys like Takayuki Wakita who actually have a section of Pipeline named after their heroics (Wakita's Bowl). To the modern icons, the Volcom Pipe Pro is another opportunity to flex and show the up-and-comers that just because they may have been a big deal 15 years ago, doesn't mean they still don't got it. Because they do.